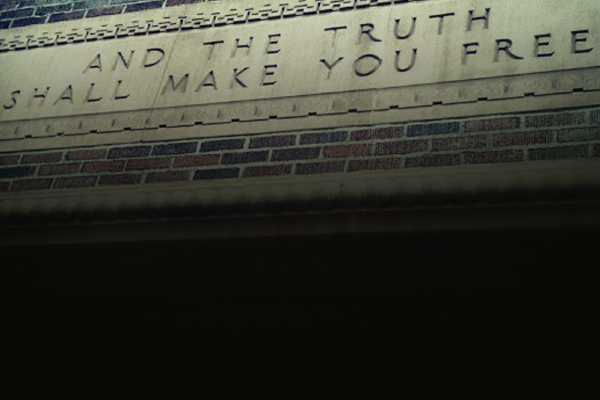 The case for the reliability of the New Testament Gospel eyewitness accounts is dependent on the reliability of the authors. Eyewitnesses are typically evaluated in criminal trials by asking four critical questions: Were the witnesses really present at the time of the crime? Can the witnesses’ accounts be corroborated in some way? Have the witnesses changed their story over time? Do the witnesses have biases causing them to lie, exaggerate or misinterpret what was seen? We can examine the Gospels and their authors by asking similar questions. Is the Bible true? The cumulative case for the trustworthy nature of the Gospels confirms their reliability:

(1) The Gospels Were Written Early
It’s much harder to tell an elaborate lie in the same generation as those who witnessed the truth. The Gospels were written early enough to have been cross-checked by those who were still alive and would have known better:

(a) The missing information in the Book of Acts (i.e. the destruction of the Temple, the siege of Jerusalem, the deaths of Peter, Paul and James) is best explained by dating Acts prior to 61AD

(b) Luke wrote his Gospel prior to the Book of Acts

(d) Luke’s reference to his Gospel as “orderly” in Luke 1:3 (as compared to Bishop Papias’ 1st Century description of Mark’s account as “not, indeed, in order”) and Luke’s repeated references of Mark’s Gospels are best explained by dating Mark’s Gospel prior to Luke’s from 45-50AD

(2) The Gospels Have Been Corroborated
The Gospel accounts of the first century are better corroborated than any other ancient historical account:

(a) Archaeology corroborates many people, locations and events described in the Gospels

(c) The Gospel authors correctly identify minor, local geographic features and cities in the region of the accounts

(3) The Gospels Have Been Accurately Delivered
The Gospels were cherished and treated as Scripture from the earliest of times. We can test their content and accurate transmission:

(d) The earliest caretakers of the text considered it to be a precise, divinely inspired document worthy of careful preservation

(4) The Gospels Authors Were Unbiased
The authors of the Gospels claimed to be eyewitnesses who were transformed by what they observed in Jesus of Nazareth:

(a) The authors were convinced on the basis of observation afterward, rather than biased beforehand

(b) The three motives driving bias were absent in the lives of the authors. They were not driven by financial gain, sexual (or relational) lust or the pursuit of power. They died without any of these advantages

(c) The testimony of the authors was attested by their willingness to die for what they claimed. There is no evidence any of them ever recanted their testimony The gospel authors were present during the life of Jesus and wrote their accounts early enough to be cross-checked by those who knew Jesus. Click To Tweet

The gospel authors were present during the life of Jesus and wrote their accounts early enough to be cross-checked by those who knew Jesus. Their accounts can be sufficiently corroborated and have been accurately delivered to us through the centuries. The authors lacked motive to lie to us about their observations and died rather than recant their testimony. Is the Bible true? The case for the reliability of the Gospels is strong and substantive. We have good reason to trust what the eyewitnesses told us about Jesus of Nazareth.

Join our Cold-Case Christianity Community for access to a downloadable Bible Insert on this topic: 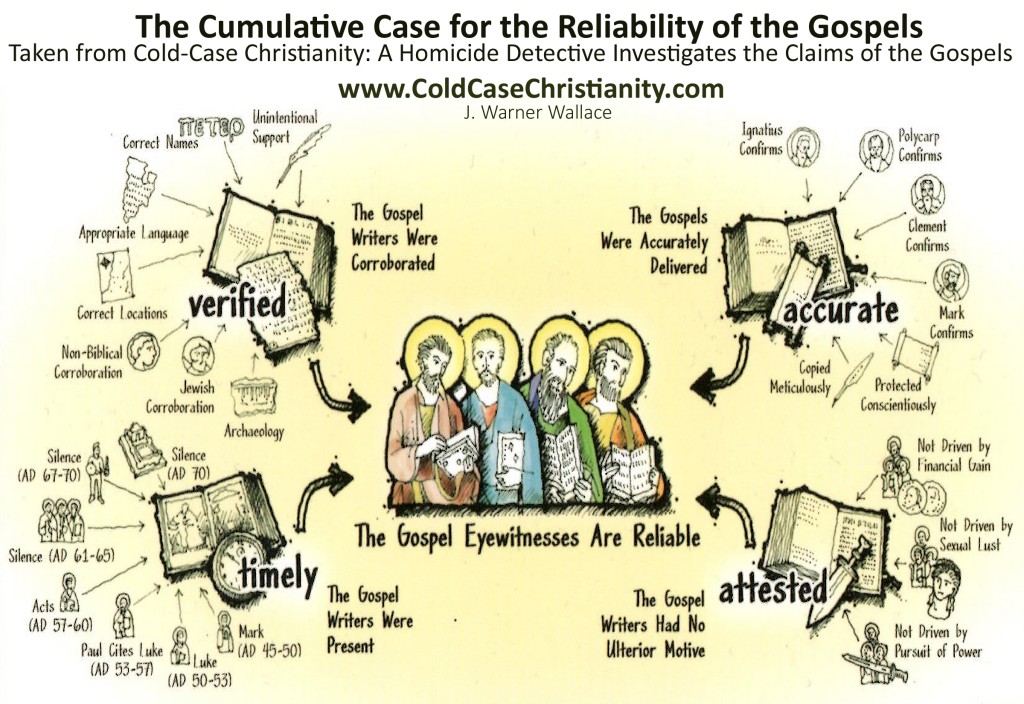