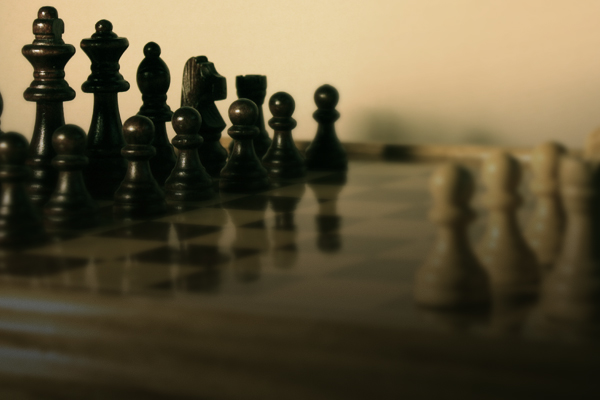 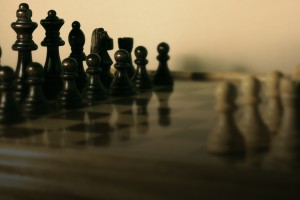 My criminal cases are largely circumstantial in nature. I seldom have eyewitnesses who can identify the suspect directly or tell me exactly how the killer committed the crime. Instead, I have to carefully build cumulative, circumstantial cases on the foundation of many interconnected pieces of indirect evidence. This is not unusual; the vast majority of criminal cases tried around the country are circumstantial. In cases such as these, the strength of the prosecutorial argument is found in the collection of evidences rather than in any one particular piece. When several lines of evidence point to the same conclusion, the inference becomes more and more reasonable. The case for God’s existence is similarly constructed. Is God real? The cumulative circumstantial case points to a reasonable inference.

The Transcendent Laws of Logic Are Not Brute Realities of the Universe
When the atheist says the Laws of Logic “simply exist”, he’s begging the question; he’s not providing an explanation for the eternal, uncaused and necessary existence of the laws (saying they exist does not provide us with an explanation for their existence). Theists, on the other hand, make a case for God’s existence from a number of evidential lines, providing a reasonable foundation from which logical absolutes can then be elucidated. Atheism fails to explain how the Laws of Logic can be eternal and uncaused and what role they play in causing all other contingent realities. Theism, on the other hand, accounts for the existence of the Laws of Logic by pointing to the existence of an omniscient and omnipotent uncaused, first cause possessing perfect rationality (by virtue of His limitless power) who also acts as the first cause of all other dependent (contingent) creations.

The Transcendent Laws of Logic Are Not Merely Human Conventions or Observations
If the Laws of Logic are merely accepted human conventions, they would, in essence, be subject to a “vote”; the laws could be changed if enough people agreed. By contrast, God did not create the Laws of Logic. These laws are simply a reflection of the thoughts and logical character of God, and as such, they reveal His logical, perfect, unchanging nature. While it is true that there are different categories of Logic applying to different aspects of propositional truth, mathematics and reasoning, the basic underlying principles of Logic remain intact and foundational. The transcendent Laws of Logic are best accounted for by the existence of a transcendent, logical, perfect and unchanging God. Click To Tweet

The transcendent Laws of Logic are best accounted for by the existence of a transcendent, logical, perfect and unchanging God. This single piece of evidence from the Laws of Logic, like any piece of evidence in a cumulative, circumstantial case, may not be convincing in isolation from the larger case for God’s existence. But when considered in combination with other lines of evidence, the most reasonable inference becomes clear. Is God real? The cumulative, circumstantial case is compelling. There’s more than enough reason to conclude God exists and is active in the world.