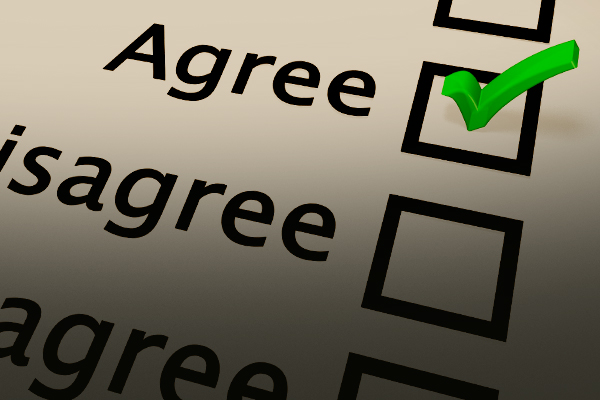 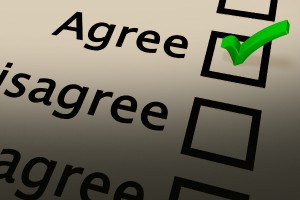 All rational discussions (even those related to the existence or non-existence of God) are directed and restrained by the Laws of Logic. Only theism, however, can adequately account for the existence of these transcendent laws. If God exists, He is the absolute, objective, transcendent standard of truth; the Laws of Logic are simply a reflection of His nature. They exist as an extension of His rational thinking, and for this reason, they are as eternal as God Himself. Is God real? Without God as a source for the transcendent Laws of Logic, this question (and any logical journey toward the answer) would be impossible to engage.

As an atheist, I rejected the existence of God and offered a number of objections and alternative explanations in an effort to account for the Laws of Logic. We’ve been examining the theistic explanation for these laws and several naturalistic objections to see if atheism might offer a viable alternative. If the Laws of Logic aren’t simply a “brute reality” of our universe, could they merely be a matter of human agreement?

By “convention,” most people typically mean “a principle everyone has agreed on”. If Laws of Logic are simply ideas about truth people have agreed on, two things would be required before we could ever have a single Law of Logic: people, and agreement. But the Law of Identity (for example) existed before people were here to think about it. Prior to the existence of people “A” was still “A” and could not be “Non-A”. In addition, people disagree about what is true (or untrue) all the time, and our positions often contradict one another. How then, can the Laws of Logic be transcendent unless they exist for all of us, whether we agree with them or not? If the Laws of Logic are merely accepted human conventions, they would, in essence, be subject to a “vote”; the laws could be changed if enough people agreed.

God did not create the Laws of Logic. These laws are simply a reflection of the thoughts and logical character of God, and as such, they reveal His logical, perfect nature. God, in His perfection, will not (and cannot) do anything to violate His own nature; He is not self-contradictory. Just as there is no such thing as a “square circle” (because this violates the nature of circularity), God cannot exist outside His nature, including the nature of His logical thoughts. Logic is foundational simply because God is foundational. The Laws of Logic are objective, unchangeable, internally consistent and transcendent because they reflect the nature of God.

Objection:
Aren’t there different kinds of Logic? If there are a variety of differing views and laws, the idea of transcendence is inaccurate. There is no need, therefore, for a transcendent source of these Laws.

While it is true that there are different categories of Logic applying to different aspects of propositional truth, mathematics and reasoning, the basic underlying principles of Logic remain intact and foundational. In addition, while many “laws of thought” have been proposed over time by great thinkers (i.e. Plato, Aristotle, Locke, Leibniz, Schopenhauer, Boole, Welton, and even Russell), these laws merely reflect, in one way or another, the same universal, pre-existent, objective logical axioms. In essence, we continue to find ourselves restating and reformulating the same Laws of Logic over and over again. When someone says “there are different kinds of logic” they are failing to recognize the objective, unchanging, underlying axioms. These foundational Laws of Logic remain constant within each system.

In order to live consistently within our worldview, each of us must examine the basis for our rational claims. Click To Tweet

In order to live consistently within our worldview, each of us must examine the basis for our rational claims. If I don’t believe something, yet act consistently as though I do, my life is contradictory. If I reject astrology, but purchase a lottery ticket today based on the numbers provided in today’s horoscope, I’ve acted inconsistently. When I used to argue against the existence of God, I employed Laws of Logic my atheistic worldview could not provide. I had to borrow these concepts from the very worldview I was trying to defeat. Today, as a theist, I have an adequate foundation for these logical axioms. I can respond to objections in a way that is consistent with my worldview.