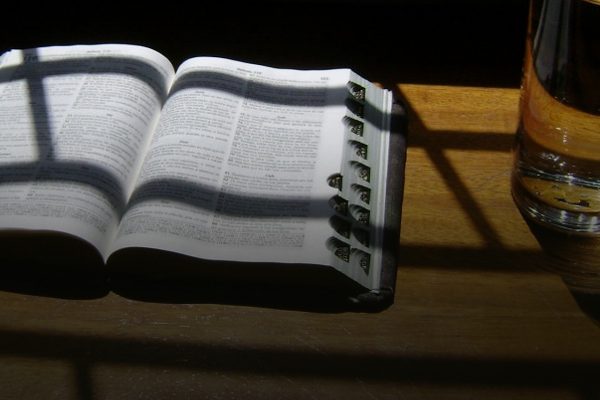 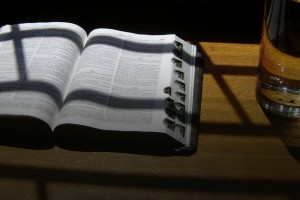 On the final page of the paperback edition of Misquoting Jesus, Bart Ehrman famously listed the “Top Ten Verses That Were Not Originally in the New Testament.” In an effort to discredit the reliability of the New Testament text, Ehrman offered this list to demonstrate the existence of many late insertions in the text. He found this reality troubling as a young man, and eventually walked away from his Christian faith as a result:

Let’s take a look at Ehrman’s list of troublesome verses and examine how they impact the reliability of the New Testament text:

1 John 5:7
There are three that bear witness in heaven, the Father, the Word, and the Holy Spirit, and these three are one.

John 8:7
Let the one who is without sin among you be the first to cast a stone at her.

Luke 22:44
In his anguish Jesus began to pray more earnestly, and his sweat became like great drops of blood falling to the ground.

Luke 22:20
And in the same way after supper Jesus took the cup and said, “This cup that is poured out for you is the new covenant in my blood.“

Mark 16:17
These signs will accompany those who believe: in my name they will cast out demons and they will speak with new tongues.

John 5:4
For an angel of the Lord went down at certain times into the pool and disturbed the waters; and whoever was the first to step in when the water was disturbed was healed of whatever disease he had.

Luke 24:12
But Peter rose up and ran to the tomb, and stooping down to look in, he saw the linen clothes by themselves. And he went away to his own home, marveling at what had happened.

Luke 24:51
And when Jesus blessed them he departed from them and he was taken up into heaven

While this list may seem large (and even surprising for those of us who haven’t examined the presence of textual variants in the New Testament), I think this list does little to impact the reliability of the text. In fact, I think Ehrman is profiting from the unfamiliarity that most Christians have with the presence of textual variants. The list does seem shocking and daunting if you’ve never taken the time to examine matters such as these. But if you stop and think about it and examine each verse listed here, the impact is actually very minimal. I recognize four truths about these verses:

The Verses are Designated Earlier
Seven of these passages (John 8:7, John 8:11, Luke 22:44, Luke 22:20, Mark 16:17, Mark 16:18 and John 5:4) are already clearly designated in my Bible (I’m using the ESV for this blog post). It’s not as though these specious verses are hidden; most modern translations do an excellent job of including everything, then identifying those verses that are variants. Check it out for yourself. You’ll see that these verses, like many others in the text, have been clearly marked.

The Verses are Described Elsewhere
Three of these passages (Luke 22:20, Luke 24:12 and Luke 24:51) are simply reiterations of information that is given to us in other gospels. So, although these verses could be removed from Luke, their claims are found elsewhere in passages that are uncontested (see Matthew 26:28, Mark 14:24, John 20:3-7, Acts 1:9-11).

The Verses are Decidedly Extraneous
That leaves only one verse on Ehrman’s list (1 John 5:7) that begs for explanation. But even if this verse can’t be reconciled, it’s clearly extraneous. The doctrine of the Trinity it addresses is found elsewhere in the scripture. Like other scribal variants, it may have been included by a scribe to make the doctrine clearer, but with all the other Biblical evidence for the triune nature of God, this verse has no impact on our understanding of the Trinity. The superfluous nature of this verse is similar to the vast majority of all Biblical textual variants; they have no impact on the theological or historical claims of the text.