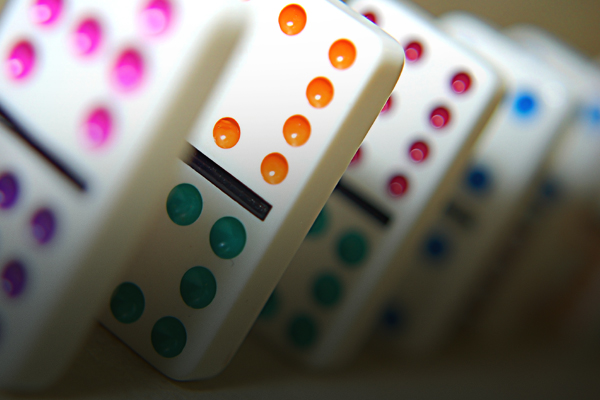 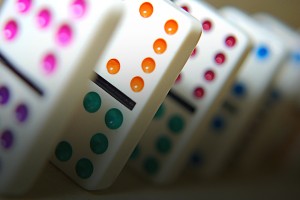 All of us, regardless of worldview, are looking for the first, uncaused cause of the universe. As an atheist (and committed philosophical naturalist), I believed science would eventually identify such a cause, and I expected the answer to be something other than “God”. Alexander Vilenkin (professor of Physics and Director of the Institute of Cosmology at Tufts University), for example, believes this cause is an eternal, primordial, quantum vacuum from which our universe (and many, many others) popped into existence. The vacuum, according to Vilenkin, was the first, uncaused cause; making questions like, “Where did the vacuum come from?” irrelevant and meaningless. First, uncaused causes don’t need a cause, after all. Is God real? If the universe is uncaused, there is little need for a Creator God.

Interestingly, cosmologists have refined their thinking related to the nature of the universe over the past several decades. Early researchers (like Einstein) initially rejected the idea our universe had a beginning at all. For thinkers like Einstein, our universe was the uncaused environment from which stars and planetary systems evolved. Why is everyone so obsessed with identifying an eternal entity and an uncaused, first cause? Because the nature of this first cause will determine which worldview (atheism or theism) is true. For committed atheists, like Carl Sagan, the desire to identify the eternal is deeply metaphysical:

“The Cosmos is everything that ever was, is and will be.”

That’s a rather theological sounding statement, and Sagan intended it to be. For Sagan, the universe (the “Cosmos”) was worthy of worship. In fact, most of us will direct this kind of reverent awe to the first, uncaused cause in any series of causal events leading to our existence. For Vilenkin, the primordial vacuum merits this sort of awe and inspiration. As a theist and a Christian, I have come to place my awe in the uncreated Creator. All of us are in awe of something, and this something typically lies at the beginning of a causal chain. Why is this true? Because each of us intuitively understands something called the Principle of Causality. If you came into a room and observed a ball rolling across the floor, you would naturally look around to see who kicked it. The ball didn’t start moving on its own without the help of someone (or something) to begin its movement. The ball has no ability to move without an initial cause; an initial mover. Scientists recognize this reality and have developed a list of things requiring a cause:

Even the famous skeptic, David Hume, when questioned about causal relationships such as these, confirmed the necessity of the Principle of Causality:

“I never asserted so absurd a proposition as that anything might arise without a cause.”

Great thinkers from every worldview must wrestle with the Principle of Causality as it relates to the universe, especially given the evidence the universe is not eternally old (we’ll look at some of this evidence tomorrow). If the universe had a beginning, it cannot be the first, uncaused cause. If this is true, we are warranted in trying to identify such an initial cause, as this first, uncaused cause is an object of awe and worship. When we apply the Principle of Causality to the nature of the universe, a classic argument for the existence of God emerges (the “Cosmological Argument”):

(1) The Universe Began to Exist
(Confirmed by the scientific evidence)

(3) Therefore, the Universe Must Have a Cause
(Inferred from the Principal of Causality)

(5) The Cause is God
(Offered as the most reasonable uncaused first cause) Great thinkers from every worldview must wrestle with the Principle of Causality as it relates to the universe, especially given the evidence the universe is not eternally old Click To Tweet

The Principle of Causality requires us to look for the cause of our universe based on the finite nature of the Cosmos. The first cause must also be uncaused in order for us to avoid the irrational conclusion of an infinite series of causes (more on that in future posts). All of us then, regardless of worldview, are searching for the uncaused, first cause worthy of insertion in the fifth line of the Cosmological Argument. Is this first cause impersonal (like Vilenkin’s primordial vacuum) or personal (like God)? Like any logical case, the first premise of the Cosmological Argument is critical to its conclusion. Is God real? Tomorrow we’ll examine the evidence related to the beginning of the universe. This evidence is important because it establishes the need for a cosmic first cause, laying the foundation for the first premise of the Cosmological Argument. It all begins, however, with the Principle of Causality, a simple, intuitive series of claims ultimately pointing to the existence of God. Learn more about the scientific and philosophical evidence pointing to a Divine Creator in God’s Crime Scene: A Cold-Case Detective Examines the Evidence for a Divinely Created Universe.