How Jesus Responded to Doubt 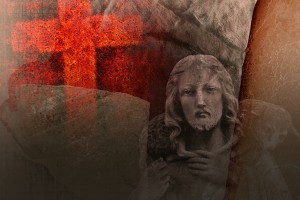 As a detective, I’ve learned to evaluate words carefully when considering the statements of victims, witnesses and suspects. What someone didn’t say is often more important than what they actually did say. In fact, I often stop and ask myself, what were some of the options available when this person made this specific statement? What could they have said in this particular circumstance and what does their choice of words tell us about their thoughts or the truth of the situation? As a new investigator of the gospels, I found myself asking the same kinds of questions as I studied God’s response to doubt. What does God think about those of us who occasionally doubt, and what would He recommend for those of us who occasionally struggle? There is an important passage of Scripture that provides us with an answer.

Jesus said that “among those born of women there has not arisen anyone greater than John the Baptist” (Matthew 11:11). John was a godly man raised in a godly home. His parents served God and his mother, Elizabeth, knew that Jesus was “Lord” while He was still in His mother Mary’s womb (Luke 1:39-45). Surely John grew up with this information, and Jesus’ status as Messiah was confirmed to him when he saw God’s Spirit descend on Jesus at the point of His baptism (Luke 3:22). If anyone should have been sure of Jesus’ identity, it was John the Baptist. But the New Testament reveals a moment of dramatic doubt in John’s life. Even after hearing from the disciples about all that Jesus had done and the reaction that Jesus was receiving from those who witnessed His miracles, John sent two of his own disciples to ask Jesus a question that revealed his doubt: “Are You the Expected One, or do we look for someone else?” (Luke 7:19). Jesus’ response was important and revealing. “At that very time” Jesus cured many people in the presence of John’s disciples then said, “Go and report to John what you have seen and heard: the blind receive sight, the lame walk, the lepers are cleansed, and the deaf hear, the dead are raised up, the poor have the gospel preached to them. Blessed is he who does not take offense at Me” (Luke 7:22-23).

Now think about all the things that Jesus could have done or said in response to John’s expression of doubt. He could have condemned John but He didn’t. He could have scolded him for his failure to trust what John’s own mother seemed to know so clearly, but Jesus didn’t do that either. Finally, Jesus could have instructed John to simply trust in what he had been raised to know, but that’s not what Jesus did. Instead, Jesus provided John with evidence. Jesus performed miracles as a demonstration of His identity as the Messiah (these miracles were consistent with the Messianic expectations found in the Old Testament in Isaiah 29:18 and Isaiah 35:5-6). From this brief passage of Scripture, two realities emerge:

Doubt Is Displayed By Everyone
If John the Baptist experienced doubt, we will probably also find ourselves in a similar situation. I know many wise and confident Christian case makers (apologists). In spite of their confidence and strength of character, they’ve all experienced doubt at one time or another. It’s not a sign of our weakness; it’s a sign of our humanity. You and I should expect to have doubts at some point in our lives.

Doubt Is Dispelled By Evidence
When those times of doubt arise, It’s important for us to return to the evidence that brought us here in the first place. That’s what Jesus did for John; he provided clear evidence that helped John “connect the dots” and reminded John of Jesus’ identity. Given all the other things that Jesus could have done or said, it’s remarkable that Jesus used evidence to assuage John’s doubt.

We can have confidence that our doubt does not offend God, and that we have the resources available to develop our confidence. Click To Tweet

When we return to evidence to strengthen our faith, we stand in a long line of great men like John the Baptist. We can have confidence that our doubt does not offend God, and that we have the resources available to develop our confidence. As we review the evidence related to Jesus’ nature, teaching and resurrection, we will grow in our certainty. This is not displeasing to God, but is, instead, part of God’s design for our lives.