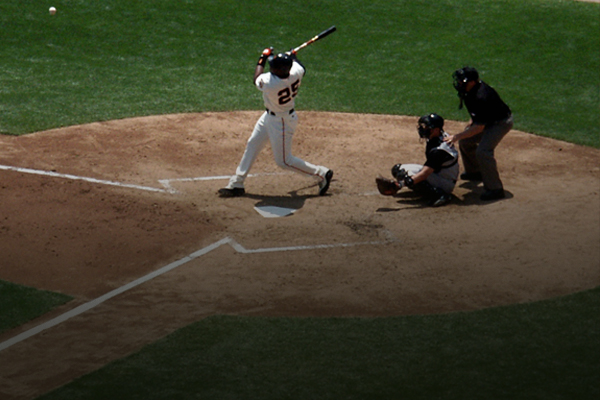 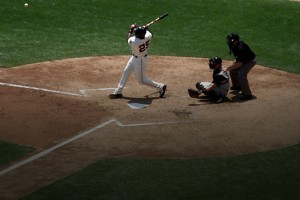 I’ve been doing criminal interviews and interrogations for many years now, and I’ve interviewed a variety of criminal offenders (although most have been murder suspects). I’ve learned an important principle, analogous with baseball, in these repeated efforts to get to the truth: home-runs aren’t the only way to score. In fact, there are times when swinging for the fences can be a distinct liability. Baseball games are usually won with singles and doubles; realistic efforts to get on base and let the next guy at bat do his job. I’ve learned not to make the “copout” my singular goal in interrogations. If I can score a home-run and get a confession, great; if not, a number of lesser admissions will serve the same purpose when we finally get to trial. If I can get enough singles, I’ll still drive in a run.

This analogous truth is equally applicable to our efforts to share and defend the Christian worldview. In recent months (and years) we’ve seen a number of movies released in an effort to evangelize or make a defense for Christianity. Some are good, some are not so good. Less successful efforts have typically targeted homeruns rather than singles. Ten years ago, when Mel Gibson produced the critically successful, The Passion of the Christ, he decided to limit the narrative to a very small portion of the Biblical account. As a result, the movie was laser focused and had the time (and creative “space”) to do the narrative justice. It was a well-placed single, causing many people to rethink what they believed about Jesus. It started conversations. It had a deep impact, even though it left many questions unaddressed and omitted the vast majority of the Biblical narrative. The producers reined in their ambition and produced something limited, but powerful. They never preached the Gospel directly, but their movie certainly loaded the bases for many of us who came to the plate later and did our part to drive in a run.

Our private conversations with non-believers are similarly analogous to baseball. In every conversation I have with unbelieving friends, I am ever mindful of the value of singles. I don’t have to “win” every encounter. I don’t necessarily have to offer the Gospel or describe the Christian view of Salvation. If I get the right pitch, I’m happy to swing. But most of the time I’m lucky to get on base at all. With reasonable expectations in mind, I am happy to overcome a single objection or advance someone’s understanding just a base or two. In fact, sometimes the most important thing I can do is reflect the nature of Jesus as I listen and gently respond. I may not even get the chance to offer a defense or make a point, but my character will speak for me as I make the effort to get on base. Evangelism and Christian Case Making is often just like baseball. Remember your place in the line-up. Click To Tweet

When I share the truth with unbelievers, I sometimes act as though I’m playing a singles tennis match. I’m on one side of the net, and my opponent is on the other. I’m all alone out there on the court, it’s hot and the entire world is watching on ESPN. Whatever I do (or don’t do), whatever I say (or don’t say), will all come down to my individual effort. If I’m going to be successful, it’s all on me. But that’s not the reality of my situation. I’m part of a much deeper team called the Church. I’m not alone on the court; I’m just one in a series of batters. I come to the plate, I get a sense of what the pitcher is throwing, and I make an appropriate decision on how to respond. On rare occasions I may swing for the fences, but sometimes the wiser choice will be to make contact with the ball, get on base if possible, or take a “walk” if the pitcher is throwing wildly. It’s not all on me. I don’t have to win the game by myself. Evangelism and Christian Case Making is often just like baseball. Remember your place in the line-up. Drive in a run if you can, or just get on base for the next player at bat. Remember you’re not alone. If each of us can get a single, we’ll eventually succeed as a team.