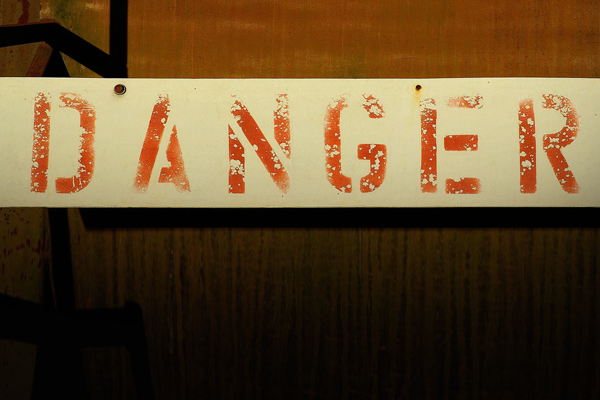 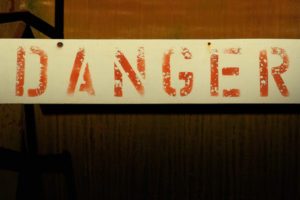 To work as a police officer at my agency, applicants go through several steps. If the applicant passes the written, physical, and psychological test, in addition to the interview and background investigation, we hire them and send them to a 7-month academy. If the recruit does well in the academy and manages to graduate, they are placed on patrol for field training, where a series of seven field training officers train them for seven consecutive months. If the trainee is rated “acceptable” for at least the final two months, they are released from training and can work as a full-fledged police officer.

It is not uncommon for my agency to have a high drop-out rate on field training. On average we lose between 20 – 40% of our recruits during the training process. I was hired with four other candidates; only two of us made it through the entire process.

One of the most common things I have seen with my trainees is a disconnect between the “head knowledge” they learn in the academy and their ability to act on this knowledge in the field. It’s one thing for the recruit to imagine a scenario in a classroom or training setting, and another thing entirely to perform in a “real life” situation.

We keep this in mind and do our best to set the recruits up for success in the academy. One of the areas where recruits get more hands-on training is in the area of defensive tactics, which we sometimes jokingly refer to as “Fight Club.” When I was in the academy, it was common for us to spend a few hours in intensive working outs and then immediately train in defensive tactics, where we would learn to fight. The academy we currently use conducts something called, “The Will To Survive.” In this training test, the recruit must chase a suspect, climb obstacles, fight multiple suspects, use their weapons, and “ground fight,” usually against an expert trainer.

The purpose of this training is to give the recruits the skills they will need to protect themselves while doing their job. We want recruits to know what it feels like to be punched, to be worn out, to be in a fight for their lives, all in a safe setting so that they will not have to experience these things for the first time against an actual, dangerous suspect in the field.

But therein lies the problem, this training is conducted in a safe, controlled environment.

After they graduate, the recruits begin their field training. They will encounter real, dangerous, often volatile suspects. Unlike at the academy, there is no guarantee these real-life suspects will allow the trainee to survive the encounter. Many trainees struggle to engage these types of suspects out of fear of the danger the suspects pose. It’s my job to make sure they don’t shrink from the encounter. I’ve had a few trainees who, in addition to their academy training, were proficient in martial arts prior to getting hired. Some were even instructors or champions in their respective forms. Even though they had extensive experience fighting in training and competitive settings, they were hesitant to be aggressive with suspects in the field. There was a clear difference, these suspects could really hurt or kill them. It’s a big change from the safe training environment.

Unfortunately, I see worrying similarities between the trajectories of these trainee’s careers and the lives of many Christian young people. I even see some similarity with my own life.

I began attending church in the second grade when I was around 8 years old. As a young Christian I received great Christian teaching about what the Bible taught, who God was, what Jesus did, and what my part in everything was. I learned all the basic facts about the religion first. Years later, I experienced the same thing at the academy, the academy taught us what the law said and what my role as a police officer was.

I was lucky in that I also received training in apologetics while growing up. Even as a young kid, I remember listening to “The Bible Answer Man” and similar radio shows with my dad in the car. The truth of Christianity, and how we could know it was true, interested me at a young age. My dad and other church leaders taught me why I could believe that Christianity was actually true. However, most Christians I know didn’t receive this training. Most Christians I know had little-to-no apologetics training.

By the time I was in junior high and high school, I was relatively confident that I knew what I believed, why I believed it, and why the positions of those who did not believe in Christianity were wrong. In many ways, I was like my trainees who graduated from the academy, confident in their head knowledge and physical ability based on how well they had performed during the academy.

Then my church group decided to go on a different kind of missions trip. We decided to take a more “dangerous” path.  We decided to go to places where knowledgeable non-Christians were willing to engage, and even challenge, our worldview. We picked Salt Lake City and UC Berkeley, because both these locations have a high-density population of non-Christian theists (Salt Lake City) and atheist non-believers (Berkeley) who were generally well-prepared.

Despite my confidence in what I believed, it was often an uncomfortable and scary experience. Many other students in my group felt the same way. I think the reason it was so scary was because we knew in the back of our minds that the people we encountered had the ability to “hurt” us or at least challenge what we believed. What if someone brought up a point we could not defend? What if someone made a convincing argument against Christianity?

Despite the discomfort, this was an important experience for me. During these trips I engaged in many intense discussions with people who passionately believed I was wrong. Through the discussions I learned some important lessons:

First, I learned that I could stand up to opposition based on my training. Even though I theoretically believed I was prepared, I got to see firsthand that I was able to have meaningful conversations and stand up to scrutiny.

Secondly, I learned I could take a punch. Many times, the person I was talking to made great points against my faith in Christianity. Through the discussions, I learned that my world would not shatter in the face of this strong opposition.

Lastly, it motivated me to train even harder on the back side, and it focused my training on the areas I needed the most growth. When someone would make a compelling point against Christianity, it motivated me to study what I believed even more, and really dig deep into those particular areas so that I could have confidence the next time I talked about those topics.

As I engaged in these discussions, I became more and more confident in the truth of Christianity. I’m afraid many Christians do not have the same confidence. Many Christians fear they simply cannot survive an intellectual “fight” for their faith. Real-life training, against an actual, 'dangerous' – or at least challenging - opponent, is necessary to develop believers into full-fledged Christian warriors - Jimmy Wallace Click To Tweet

I would encourage you to add some “danger” to your life as a believer. Real-life training, against an actual, “dangerous” – or at least challenging – opponent, is necessary to develop believers into full-fledged Christian warriors, capable of standing up against scrutiny and intellectual challenges; warriors who are not only willing but capable of spreading the good news.