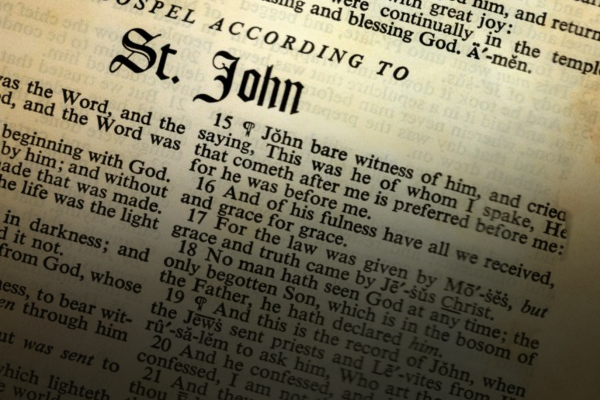 A fellow Christian Case Maker I met at Frank Turek’s CrossExamined Academy is teaching a church group about the reliability of the New Testament. A question was raised about the Apostle John: “How could John, an uneducated fisherman, have written such a literate and theologically rich gospel account?” After all, John was just a fisherman; was he educated enough to accomplish something this sophisticated? Irenaeus, certainly thought so. This historic Bishop of Lugdunum, was the student of Polycarp and Ignatius (two men who were taught directly by the Apostle John). Irenaeus identified the Apostle John as the author of the fourth Gospel, reflecting the historic understanding of the earliest Christians. In spite of this, many skeptics are eager to dismiss the authorship of John (often in an attempt to further discredit the supernatural New Testament claims related to Jesus) by doubting John’s level of education and degree of literacy. There are, however several good reasons to resist the notion that John, the son of Zebedee, was too illiterate to have written the fourth Gospel:

John May Have Been Educated After All
Don’t be too quick to dismiss John as uneducated. Hebrew children were required to memorize the first five books of Torah before they were twelve years old. Young students were also required to discuss these texts and write them. There is good reason to believe John and James were not exempt from this requirement. In fact, the internal evidence from the Gospel suggests John and James were more than familiar with the rabbis and Jewish teachers of their day. Take, for example, this description of Jesus’ arrest and arrival at the residence of Annas (the father-in-law of Caiaphas, the high priest):

This “other disciple” is none other than John, the son of Zebedee, and he is described as someone who was well known to the high priest. In fact, he was known adequately enough to gain admission for himself and Peter. Interestingly, while Peter was here in Anna’s courtyard, he was identified by his simple Galilean accent (see Luke 22:59). No one ever identified John in this way, however. John may have been a fisherman, but this doesn’t mean he was necessarily uneducated or unsophisticated. Paul was also quick to identify himself as a tent-maker, but obviously had access to a good education.

John May Have Employed a Scribe
But even if John was under-educated, this does not preclude the reasonable use of a scribe. An assistant of this nature (known as an “amanuensis”) was commonplace at this point in history. Paul repeatedly used a scribe to help him as he dictated his letters to the Church. Tertius helped Paul write the letter to the Romans (Romans 16:22), and Paul admitted using a scribe to help him with 1 Corinthians (1 Corinthians 16:21). If John wrote his Gospel and letters in a similar manner, it is reasonable to infer his use of a scribe. If this was the case, the degree of Greek sophistication would be attributed to the scribe rather than to John. When skeptics point to differences in the form of Greek seen in some of John’s writings (when compared with one another), they most certainly are ignoring the use of an “amanuensis”.

John May Have Grown Into A Wise Author
Finally, we must also resist the temptation to deny John the theological sophistication necessary to write (or dictate) the Gospel. John spent three years with Jesus, and would reasonably have grown in his understanding of God’s nature and his ability to articulate this to others. John’s Gospel is the last of four accounts of Jesus’ life; it clearly demonstrates the benefit of time and reflection. John may have been a fisherman, but this doesn’t mean he could not have grown, over many years, into a multi-lingual, thoughtful, articulate spokesperson for the early Christian movement. As I reflect on my own life and growth as a Christian (and especially as I re-read many of my earliest writings on Christianity), I am often embarrassed by my early naiveté related to many Christian concepts. I’ve come a long way in a short period of time. John must certainly have grown similarly. He didn’t pen his texts immediately, but wrote them instead as a wise, reflective elder statesman. Attacks on the educational level of John are aimed at discrediting him as the author of his Gospel. But the students of the Apostles accepted John’s authorship and the attribution continued through the Church Fathers. Click To Tweet

Attacks on the educational level of John are aimed at discrediting him as the author of his Gospel. But the earliest students of the Apostles accepted John’s authorship and the historic attribution continued through the Church Fathers. In addition to this, there is good internal evidence to suggest the author of John’s Gospel was very familiar with the culture, geography, and political conditions surrounding the life of Jesus. The author was clearly part of Jesus’ inner circle and is likely the disciple who, at the Last Supper, laid his head on Jesus’ breast. There is more than enough historical and circumstantial evidence to infer the Apostle John as the author of the fourth Gospel, in spite of the fact he may have begun his career as a simple fisherman.