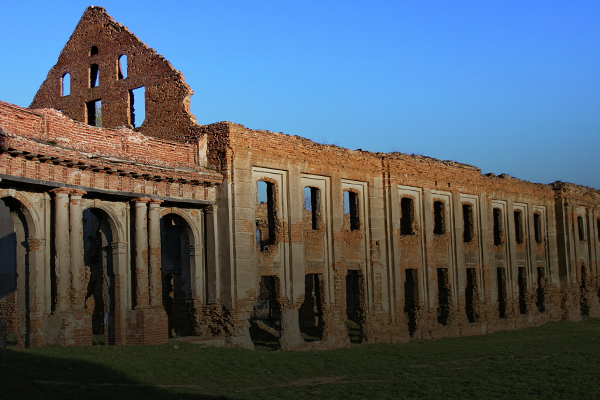 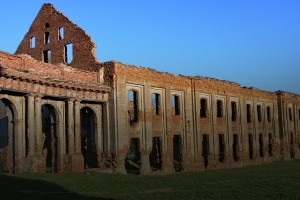 Over the course of Christian history, sincere men were sometimes on the wrong side of the truth. Sincere believers have been sincerely wrong; misinterpreting the scriptures for one reason or another. Peter warned us to be careful in our interpretation so we might come to a correct and true knowledge of the scriptures:

1 Peter 1:10-12 As to this salvation, the prophets who prophesied of the grace that would come to you made careful search and inquiry, seeking to know what person or time the Spirit of Christ within them was indicating as He predicted the sufferings of Christ and the glories to follow.

It takes more than sincerity to be correct; it takes careful study. Over the course of history, believers and Church leaders have sometimes allowed their own desires to color the way they interpreted the scriptures. Paul warned us that this would happen:

2 Timothy 4:3-5 For the time will come when they will not endure sound doctrine; but wanting to have their ears tickled, they will accumulate for themselves teachers in accordance to their own desires; and will turn away their ears from the truth, and will turn aside to myths.

Over the next few months we’ll be examining some of the historic ways believers have altered or misunderstood the Christian truth claims related to the nature of God the Father, Jesus, the Family of God, or the Nature of Man. Remember these distortions are either the result of sincere (albeit reckless) efforts, or insincere efforts reflecting the desires of men who “turned aside to myths”. We’ll begin with historic heresies related to the nature of God the Father. Ancient and historic believers sometimes struggled to understand (or accept) the triune nature of God. While God is consistently described as being “one”, God the father, Jesus and the Holy Spirit are described with the same nature, title and characteristics. The Trinity, as it has been identified in scripture, resolves the apparent contradiction. Over the course of history, however, some have misinterpreted how the three Persons of the Godhead exist in one Divine Being. Others struggled to understand how the God of the Old Testament ought to be reconciled with the way God is described in the New Testament:

Corrector(s) of the Heresy: Tertullian wrote a five-book treatise against the heresy called, “Adversus Marcionem”

Monarchianism (2nd and 3rd Century) This heresy was derived from the Greek words, “mono” (“one”) and “arche” (“rule”). It taught there was only one God who existed as one person, the Father. Monarchianism taught either (1) the Father is God and the Son (Jesus) is only a man (Dynamic Monarchianism), or (2) the Father, the Son, and the Holy Spirit are never present at the same time, but are simply different “modes” of the same God (Modal Monarchianism).

Corrector(s) of the Heresy: Tertullian wrote against this heresy in his tract, “Adversus Praxean” (213AD)

Sabellianism (3rd Century) This heresy, a form of modalistic Monarchianism named for its founder, taught God the Father, Jesus the Son and the Holy Spirit were different modes of one God (in relationship to man), rather than three distinct persons (in objective reality). Jesus Christ and God the Father were not thought to be distinct persons, but two aspects or offices of one person.

Leader(s) in the Heresy: Sabellius, a Roman priest and theologian (215AD?)

Corrector(s) of the Heresy: Tertullian and Demetrius (Patriarch of Alexandria) wrote against the heresy

Manichaeism (3rd Century) This heresy merged a number of world religious systems, including Gnostic Christianity, Buddhism, and Zoroastrianism. It was a form of religious “dualism” proposing two eternal principles of equal power: good and evil. Much like Gnosticism, it claimed the “gnosis” (hidden, esoteric knowledge) could be discovered intellectually or when revealed by messengers like Buddha, Jesus and Mani (the founder of the heresy). Jesus was not God in this system, but just another source of gnosis. Mani declared himself to be a disciple and apostle of Jesus and said he was the “Paraclete” (the “comforter” or “helper”) Jesus had promised.

Corrector(s) of the Heresy: Roman Emperor Theodosius I declared it to be heretical and Augustine of Hippo (who was once himself a Manichaean, wrote against it.

Socinianism (16th and 17th Century) This heresy denied the Triune nature of God. It claimed God was one and the Holy Spirit was simply God’s power. It denied the pre-existence of Jesus, His incarnation and Deity (it taught Jesus was just a man who was later deified, and therefore deserved worship as a “lower” god). Followers of Socinus did not believe Jesus saved us on the cross, but rather provided us an example of self-sacrifice.

Corrector(s) of the Heresy: A form of Psilanthropism (a heresy advocating Jesus was merely a man), heresies similar to Socinianism were condemned in the First Council of Nicaea in 325AD New alterations of Christianity are seldom new. In the end, Christian Case Makers, relying on the evidence provided in the scriptures, must guard themselves from such heresies. Click To Tweet

This brief list is limited to those historic heresies describing the nature of God the Father. You’ve probably noticed the similarity many of these ancient misrepresentations of Christianity have with current distortions advocated by Mormons, Jehovah’s Witnesses and others. New alterations of Christianity are seldom new. In the end, Christian Case Makers, relying on the evidence provided in the scriptures, must guard themselves from such heresies. Each of us must not “believe every spirit, but test the spirits to see whether they are from God, because many false prophets have gone out into the world” (1 John 4:1). In addition, we must “examine everything carefully; hold(ing) fast to that which is good” (1 Thessalonians 5:21) like the “noble-minded” Bereans who “received the word with great eagerness, examining the Scriptures daily to see whether these things were so” (Acts 17:11). Join our Cold-Case Christianity Community for access to a downloadable Bible Insert on this topic.