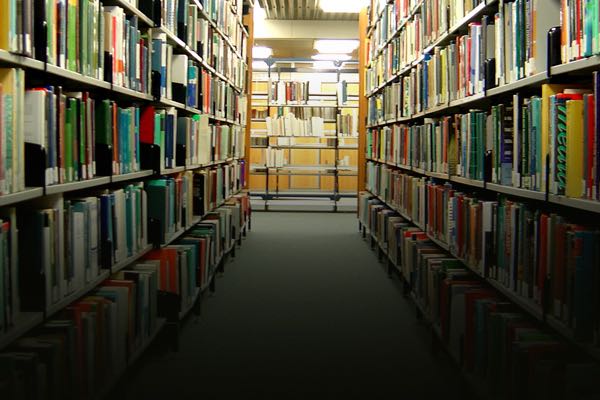 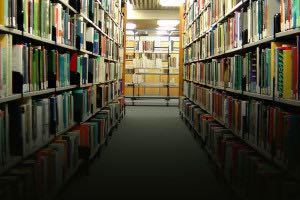 After speaking at a recent Christian leadership camp, the coordinator asked me to suggest some follow-up resources for the attendees. I sent the following list from the “Expert Witness” Section of my first book, Cold-Case Christianity. I’ve always considered my books to be “gateway” books for those who may not yet be familiar with the incredible scholarship available to all of us as Christians. It’s my goal to introduce you to people who are writing and teaching in the field. The following list is organized based on each chapter of Cold-Case Christianity. These books would make an excellent “starter” library for anyone interested in making the case for Christianity.

Chapter One:
Don’t Be a “Know-It-All”

J. P. Moreland and William Lane Craig
Will testify to the philosophical biases and presuppositions that impact issues of faith and reason in their book, Philosophical Foundations for a Christian Worldview (InterVarsity Press, 2003).

Chapter Two:
Learn How to “Infer”

Gary Habermas and Michael Licona
Will testify to the minimal facts and evidences related to the resurrection in their book, The Case for the Resurrection of Jesus (Kregel, 2004).

William Lane Craig
Will testify to the causal evidence related to the cosmological argument in his book The Kalām Cosmological Argument (Wipf & Stock, 2000).

John Leslie
Will testify to the fine-tuning evidence related to the anthropic principle in his book Universes (Taylor & Francis, 2002).

Neil Manson
Will testify to the design evidence related to the teleological argument in his book God and Design: The Teleological Argument and Modern Science (Routledge, 2003).

Paul Copan and Mark Linville
Will testify to the moral evidence related to the axiological argument in their book The Moral Argument (Continuum Publishers, 2013).

Richard Bauckham
Will testify to the nature of the New Testament Gospels as eyewitness accounts of the life of Jesus in his book Jesus and the Eyewitnesses: The Gospels as Eyewitness Testimony (Eerdmans, 2006).

Bruce Metzger
Will testify to the early collection of the eyewitness accounts and their formation into the New Testament in his book The Canon of the New Testament: Its Origin, Development, and Significance (Oxford University Press, 1997).

Chapter Five:
Hang on Every Word

Craig Blomberg
Will testify to the “forensic” methods of “textual criticism” that can be employed to study the Gospels and discuss some of the conclusions that can be drawn from this effort in his book The Historical Reliability of the Gospels (InterVarsity Press, 2007).

Michelle Brown
Will testify to the early formation of the biblical text, while exhibiting a number of ancient biblical manuscripts in her book In the Beginning: Bibles Before the Year 1000 (Smithsonian, 2006).

Philip Comfort
Will testify to the nature of the early New Testament papyrus manuscripts and the methodology used to re-create the original accounts in his book Early Manuscripts & Modern Translations of the New Testament (Wipf & Stock, 2001).

William McBirnie
Will testify to the nature of the lives and deaths of the apostles who claimed to see the resurrection of Jesus in his book The Search for the Twelve Apostles (Tyndale, 2008).

Mark D. Roberts
Will testify to the historical manuscript evidence and early appearance of the biblical record in his book Can We Trust the Gospels?: Investigating the Reliability of Matthew, Mark, Luke, and John (Crossway, 2007).

Mike Aquilina
Will testify to the writings and teachings of the early-church fathers in his book The Fathers of the Church, Expanded Edition (Our Sunday Visitor, November 2006).

David Wolfe
Will testify to how we come to “know” something is true in his book, Epistemology: The Justification of Belief (InterVarsity Press, 1983).

William Rowe
Will testify to the classic atheist presentations of the “problem of evil” and the classic defenses (theodicies) that have been offered by theists in his book God and the Problem of Evil (Wiley-Blackwell, 2001).

Chapter Ten:
Prepare for An Attack

Craig Evans
Will testify to the assumptions and dubious sources account for some of the theories and tactics that have been employed by skeptics in Fabricating Jesus: How Modern Scholars Distort the Gospels (InterVarsity Press, 2006).

Gregory Koukl
Will testify to successful and reasoned approaches that can be employed by those who seek to defend the Christian worldview in Tactics: A Game Plan for Discussing Your Christian Convictions (Zondervan, 2009).

Chapter Eleven:
Were They Present?

John Wenham
Will testify to an alternate theory about the early dating of the Gospels (that places Matthew ahead of Mark) by comparing the Gospels to one another and to the writings and records of the church fathers in his book Redating Matthew, Mark and Luke: A Fresh Assault on the Synoptic Problem (InterVarsity Press, March 1992).

Chapter Twelve:
Were They Corroborated?

Peter Schafer
Will testify to the ancient Jewish references to Jesus that are scattered throughout the Talmud in his book Jesus in the Talmud (Princeton University Press, 2009).

R. T. France
Will testify to the nonbiblical ancient sources that corroborate the existence of Jesus in his book The Evidence for Jesus (Regent College, 2006).

Chapter Thirteen:
Were They Accurate?

Michael Holmes
Will testify to the writings of the students of the apostles in his book The Apostolic Fathers: Greek Texts and English Translations (Baker, 2007).

Justo González
Will testify to the early history of Christianity and many of the characters who played a part in the “chain of custody” in his book Story of Christianity: Volume 1, The Early Church to the Dawn of the Reformation (HarperOne, 2010).

Nicholas Perrin
Will testify to the transmission (and copying) of the gospel accounts in his book Lost In Transmission?: What We Can Know About the Words of Jesus (Thomas Nelson, 2007).

Chapter Fourteen:
Were They Biased?

C. Bernard Ruffin
Will testify to the lives and martyrdoms of the apostles in his book The Twelve: The Lives of the Apostles After Calvary (Our Sunday Visitor, 1998).

Josh and Sean McDowell
Will testify to the reasonable conclusions that can be drawn about the testimony of the apostles in their book Evidence for the Resurrection (Regal, 2009). These books would make an excellent “starter” library for anyone interested in making the case for Christianity. Click To Tweet

I hope these resources inspire you to make the case for what you believe as a Christian. A few of these resources are rather academic, but most are easily accessible, popular works. They are a good first step related to the scholarship surrounding the New Testament Gospels and Christian belief. For more information related to the aforementioned chapters and the case for Christianity (including my perspective as a Cold-Case Detective), please refer to Cold-Case Christianity.