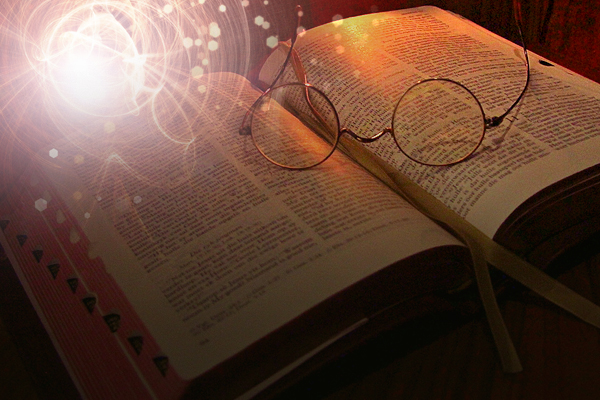 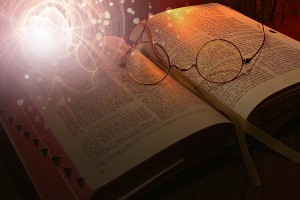 The vast majority of scientists affirm the Standard Cosmological Model as an accurate and reliable description of the universe’s origin. After examining the evidence, cosmologists and physicists have largely embraced the fact our universe began to exist at a point in the distant past. The Second Law of Thermodynamics, the expansion of the universe, the presence of the Radiation Echo, and the problem of Infinite Regress serve as sufficient evidence supporting the Standard Model (there are also a number of supplementary evidences affirming this conclusion). In addition, the alternative explanations offered by cosmologists fail to account for the evidence we see in the universe. As a result, “…a clear majority of the cosmological community… accept it (the Standard Model) as a good account of how the universe works.” Is God real? The cosmological evidence certainly supports this reasonable inference.

The authors of the Bible also affirm the Standard Cosmological Model. The Bible is replete with descriptions of a Universe that came into being from nothing at a fixed point in the distant past as the result of an uncaused, first cause. The nature and characteristics of this material universe are accurately described by the Biblical authors:

The Universe Has a First, Uncaused Cause
Cosmologists and scientists, regardless of worldview, are searching for the first, uncaused cause of the universe. Alexander Valenkin, for example, describes this uncaused cause as an infinitely old primordial vacuum. Others have offered similarly eternal uncaused, first causes.  The authors of the Bible also describe an uncaused, first cause of the universe:

Colossians 1:16-17
For by Him all things were created, both in the heavens and on earth, visible and invisible, whether thrones or dominions or rulers or authorities—all things have been created through Him and for Him. He is before all things, and in Him all things hold together.

2 Timothy 1:9
…who has saved us and called us with a holy calling, not according to our works, but according to His own purpose and grace which was granted us in Christ Jesus from all eternity…

The Universe Was Created from Nothing
The Standard Cosmological Model describes a universe that came into existence from nothing. All space, time and matter began with its creation. The Bible affirms this notion. The Hebrew word “bara’” is used seven times by a variety of authors describing God’s creation of the universe. It is typically translated as “create” and means “to bring into existence something new, something that did not exist before.” Unlike other ancient creation stories, the God of the Bible creates everything in the universe from nothing:

Genesis 1:1
In the beginning God created the heavens and the earth.

Psalm 148:5
Let them praise the name of the Lord, for He commanded and they were created.

Isaiah 40:26
Lift up your eyes on high and see who has created these stars, the One who leads forth their host by number, He calls them all by name; Because of the greatness of His might and the strength of His power, not one of them is missing.

Hebrews 11:3
By faith we understand that the worlds were prepared by the word of God, so that what is seen was not made out of things which are visible.

Luke 24:36-43
While they were telling these things, He Himself stood in their midst and said to them, “Peace be to you.” But they were startled and frightened and thought that they were seeing a spirit. And He said to them, “Why are you troubled, and why do doubts arise in your hearts? See My hands and My feet, that it is I Myself; touch Me and see, for a spirit does not have flesh and bones as you see that I have.” And when He had said this, He showed them His hands and His feet. While they still [b]could not believe it because of their joy and amazement, He said to them, “Have you anything here to eat?” They gave Him a piece of a broiled fish; and He took it and ate it before them.

John 20:26-28
After eight days His disciples were again inside, and Thomas with them. Jesus came, the doors having been shut, and stood in their midst and said, “Peace be with you.” Then He said to Thomas, “Reach here with your finger, and see My hands; and reach here your hand and put it into My side; and do not be unbelieving, but believing.” Thomas answered and said to Him, “My Lord and my God!”

The Universe’s Origin Marks the Beginning of Time
As difficult as this concept may be to embrace, the Standard Model affirms the beginning of time at the creation of the universe. Genesis 1:1 and several other Biblical passages affirm this reality:

1 Corinthians 2:7
No, we declare God’s wisdom, a mystery that has been hidden and that God destined for our glory before time began.

The Universe Is Expanding
Astronomers presently observe the expansion of the universe, but ancient Biblical authors also described this phenomenon. Five separate authors (in eleven different verses) use a peculiar phrase to describe God’s creation of the universe:

Isaiah 45:12
“It is I who made the earth, and created man upon it. I stretched out the heavens with My hands and I ordained all their host.”

Job 9:8
Who alone stretches out the heavens and tramples down the waves of the sea…

Jeremiah 10:12
It is He who made the earth by His power, who established the world by His wisdom; and by His understanding He has stretched out the heavens.

The Universe Is Subject to the 2nd Law of Thermodynamics
Amazingly, the ancient Biblical authors accurately describe the impact of Entropy on the universe. This is particularly impressive given the fact they had no observational evidence to support such a claim (they certainly observed no change in the night-time skies to warrant such a belief). In spite of this, they accurately described the nature of the aging universe:

Psalm 102:25-26
Of old You founded the earth, and the heavens are the work of Your hands. Even they will perish, but You endure; and all of them will wear out like a garment; like clothing You will change them and they will be changed.

The Universe Was Fine-Tuned for Life
Finally, the ultimate purpose of the universe, according to the Biblical authors, was the formation of life. As scientists currently ponder the apparent fine-tuning of the universe for life’s existence, they are simply rediscovering what the ancient Biblical authors already knew:

Nehemiah 9:6
You alone are the Lord. You have made the heavens, the heaven of heavens with all their host, the earth and all that is on it, the seas and all that is in them. You give life to all of them and the heavenly host bows down before You. While many ancient contemporary creation stories cannot be reconciled to modern scientific discoveries, the ancient Biblical account still continues to persevere. Click To Tweet

While many ancient contemporary creation stories cannot be reconciled to modern scientific discoveries, the ancient Biblical account still continues to persevere. This shouldn’t surprise us if the first cause of the universe also inspired the Biblical text. Is God real? The Biblical case for God’s existence affirms the Standard Cosmological Model because its authors were speaking for Creator of the Universe.