Does Everyone Have a Guardian Angel? 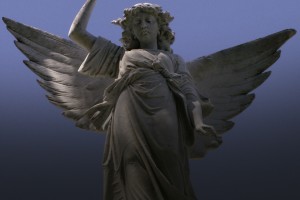 There are good reasons to believe in the existence of angelic beings, and the Bible describes their nature and mission on earth. But much of what we believe about angels comes from popular books, movies and televisions shows rather than the revelation of God. Shows like Touched By An Angel and Highway to Heaven, for example, did more to shape the understanding of my generation than any other source of information, including God’s Word. One popular conception about angels centers on their protective activity. Many people believe they have been assigned a specific angel in a one on one relationship. These specially assigned, personal protectors are called “guardian angels”. Is this belief grounded in popular media, cultural desire or Biblical revelation?

The Bible describes the protective nature and role of angels. We see this clearly in the Old and New Testament:

Daniel 6:20–23
When he had come near the den to Daniel, he cried out with a troubled voice. The king spoke and said to Daniel, “Daniel, servant of the living God, has your God, whom you constantly serve, been able to deliver you from the lions?” Then Daniel spoke to the king, “O king, live forever! My God sent His angel and shut the lions’ mouths and they have not harmed me, inasmuch as 1I was found innocent before Him; and also toward you, O king, I have committed no crime.” Then the king was very pleased and gave orders for Daniel to be taken up out of the den. So Daniel was taken up out of the den and no injury whatever was found on him, because he had trusted in his God.

2 Kings 6:13–17
And he said, “Go and see where he is, that I may send and seize him.” It was told him, “Behold, he is in Dothan.” So he sent there horses and chariots and a great army, and they came by night and surrounded the city. When the servant of the man of God rose early in the morning and went out, behold, an army with horses and chariots was all around the city. And the servant said, “Alas, my master! What shall we do?” He said, “Do not be afraid, for those who are with us are more than those who are with them.” Then Elisha prayed and said, “O Lord, please open his eyes that he may see.” So the Lord opened the eyes of the young man, and he saw, and behold, the mountain was full of horses and chariots of fire all around Elisha.

Matthew 18:10-11
“See that you do not despise one of these little ones, for I say to you, that their angels in heaven continually behold the face of My Father who is in heaven.”

Nothing in these Old or New Testament passages necessitates the existence of “guardian angels” assigned in a one on one relationship. God’s angels have protected the Nation of Israel and they continue to protect the Church, but nothing in Scripture describes the special assignment of personal angels. Some have pointed to another New Testament passage to make the case for “guardian angels”:

Acts 12:13-17
And when he knocked at the door of the gate, a servant-girl named Rhoda came to answer. And when she recognized Peter’s voice, because of her joy she did not open the gate, but ran in and announced that Peter was standing in front of the gate. And they said to her, “You are out of your mind!” But she kept insisting that it was so. And they kept saying, “It is his angel.” But Peter continued knocking; and when they had opened the door, they saw him and were amazed.

Are the people in Rhoda’s house describing Peter’s “guardian angel” here (“his angel”)? Even if this were the case, does the passage necessitate the existence of “guardian angels” for every believer? Some believers have focused on passages such as these to form an “angelology” related to personal angels. In fact, many of the earliest Christians came to believe each of us has been assigned a specific “guardian angel”:

Clement of Alexandria, Miscellanies 6, 17, 157, 4 (217 AD)
“The thoughts of virtuous men are produced by divine inspiration. The soul is disposed in the way it is, and the will of God is conveyed to human souls, by special divine ministers who assist in such service. For regiments of angels are distributed over nations and cities; and perhaps some even are assigned to particular individuals.”

Origen, Homilies on Luke Hom. 12 (233-254 AD)
“To every man there are two attending angels, the one of justice and the other of wickedness. If there be good thoughts in our heart, and if righteousness be welling up in our soul, it can scarcely be doubted that an angel of the Lord is speaking to us. If, however, the thoughts of our heart be turned to evil, an angel of the Devil is speaking to us.”

St. Basil the Great, Against Eunomius 3, 1(364 AD)
“All the angels, having but one appellation, have likewise among themselves the same nature, even though some of them are set over nations, while others of them are guardians to each one of the faithful.”

Catechism of the Council of Trent (1566 AD) Pt. IV, Ch. IX:
By God’s providence Angels have been entrusted with the office of guarding the human race and of accompanying every human being in order to preserve him from serious dangers … our heavenly Father has placed over each of us an Angel under whose protection and vigilance we may be enabled to escape the snares secretly prepared by our enemy, repel the dreadful attacks he makes on us, and under his guiding hand keep to the right road, and thus be secure against false steps which the wiles of the evil one might cause us to make in order to draw us aside from the path that leads to heaven. (Sacred Scripture shows) the benefits bestowed by God on man through the ministry and intervention of Angels, whom He deputes not only on particular and private occasions, but also appoints to take care of us from our very births. He furthermore appoints them to watch over the salvation of each one of the human race.

This belief in “guardian angels” is still in place in the Catholic Church today:

Catechism of the Catholic Church (1992 AD) No. 336
From infancy to death human life is surrounded by their watchful care and intercession. “Beside each believer stands an angel as protector and shepherd leading him to life.” Already here on earth the Christian life shares by faith in the blessed company of angels and men united in God.

As you compare the claims of Scripture with the claims of early Christians, one thing is certain: God’s Word is much less emphatic and dogmatic about the existence of “guardian angels” than are the later proclamations of believers. While it’s easy to form a belief in “guardian angels” from the writings of humans, it’s much more difficult to form this belief from the writings of God. If we read Matthew 18:10 carefully, it seems these angels are not actively assigned to each of us specifically, but instead “always see the face of” the Father in heaven. God is the true protector of the saints; He simply employs angels to act on His will. If you’re looking for a passage of Scripture describing the specific assignment of “guardian angels” in a one on one relationship with each believer, you’re going to be disappointed. We can take comfort in knowing legions of angels are caring for us and preparing the path home, but the notion each of us has a personal angel is not described specifically in Scripture.

There is a danger in focusing on “guardian angels”. If we’re not careful, we may find ourselves looking to angels for the protection only God offers. When we do this, we offer angels the worship and trust due God. Many people in history have fallen into this trap. Justin Martyr (the famous 2nd Century Christian apologist) believed Christians would do well to worship angels. Thomas Aquinas (the influential 13th Century Dominican theologian and philosopher) also seemed to be quite fascinated by angels. But it’s important to remember angels are only described in the Bible incidental to other topics. They are never the focus in and of themselves. They exist to love God and as a result, they love us. Angels are not to be the focus of our worship:

Angels Are Subordinate to Jesus
Jesus is far superior to any angel. He, therefore is more worthy of our worship:

Hebrews 1:5-6
For to which of the angels did He ever say, “Thou art My Son, Today I have begotten Thee”? And again, “I will be a Father to Him and He shall be a Son to Me”? And when He again brings the first-born into the world, He says, “And let all the angels of God worship Him.”

Angels Are Created Beings
Remember angelic beings are creatures. Like humans, they were created by God. Angels and humans were both created to worship God:

Romans 1:18-19, 24-25
For the wrath of God is revealed from heaven against all ungodliness and unrighteousness of men, who suppress the truth in unrighteousness, because that which is known about God is evident within them; for God made it evident to them… Therefore God gave them over in the lusts of their hearts to impurity, that their bodies might be dishonored among them. For they exchanged the truth of God for a lie, and worshiped and served the creature rather than the Creator, who is blessed forever. Amen.

Colossians 2:18
Let no one keep defrauding you of your prize by delighting in self-abasement and the worship of the angels…

It’s often tempting to “major on the minors” and focus on “grey” non-essentials rather than the “black and white” essentials of the faith. The issue of “guardian angels” is definitely a “grey” non-essential, while the object of ourworship is “black and white”. We have very little Biblical support for the idea of “guardian angels”, but we have been clearly commanded to worship God and avoid the worship of created things (including angels). God is the creator of angels. He is superior in knowledge, wisdom and power. He alone can protect us, and He alone is worthy of our praise.

God is the creator of angels. He is superior in knowledge, wisdom and power. He alone can protect us, and He alone is worthy of our praise. Click To Tweet

angelic beings Angels Apologetics Christian Case Making demons do angels exist? dualism Guardian angels soul the case for angelic beings The case for angels 2019-11-25
+J. Warner
Previous Does the Appearance of Design in Biology Point to A Designer? (Video)
Next Some of the Reasons Why I Took So Long to Become a Christian (Video)