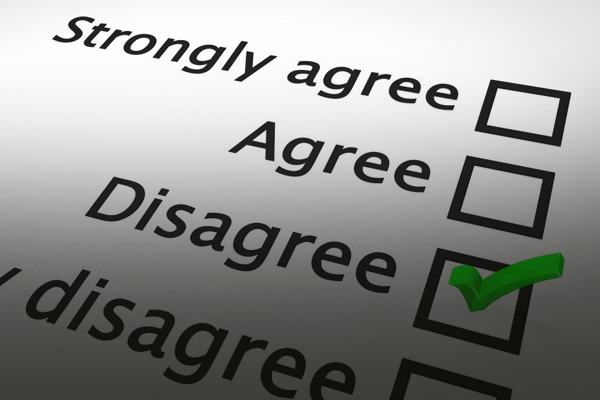 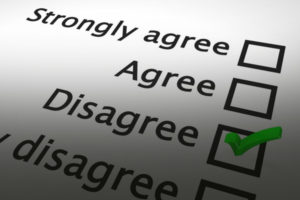 I regularly teach high school students the nature of truth and the distinction between objective and subjective truth claims. This includes a discussion related to the nature of moral truth. While most people readily accept the self-evident nature of objective truth when it comes to material claims (i.e. “Jim’s car is a Hyundai”), larger metaphysical claims about immaterial realities (i.e. “God exists”) or moral claims (“Premarital sex is morally wrong”) are sometimes thought to be entirely subjective (a matter of personal opinion). I usually take some time to demonstrate the reality of objective moral truth to students, and talk about several examples of objective moral truth claims.

As an unbeliever, I rejected the existence of objective moral truth because I recognized the implication. If there are objective moral truths transcending time, location and culture, how would these truths arise? What kind of transcendent, objective source could adequately explain their existence? For many years I simply refused to accept moral laws as anything other than functional, commonly accepted social conventions. In addition, I pointed to moral disagreements between like-minded social groups as evidence for the non-existence of transcendent moral truth. I’ve discussed this with many atheists over the years (some very recently). If we were to poll any group of people embracing the same “objective” moral standard, I bet we would come away with a number of contradictory responses related to how these objective laws ought to be employed or expressed. In fact, we might even discover large disagreements related to the nature or identity of the objective laws themselves. If like-minded groups who accept the existence of transcendent, objective moral laws can’t agree on the identity or nature of these laws, isn’t this good evidence against their existence?

No. Over the years, I’ve investigated literally hundreds of crimes in which multiple witnesses have been asked to describe the same suspect. I seldom get witnesses who agree on their descriptions. In one particular case, after four witnesses observed a “purse snatch” street robbery, I interviewed them in an effort to reconcile the apparently contradictory statements they gave the responding officers. When separated from one another and interviewed at the scene, all four witnesses gave a different description of the suspect’s clothing and one of them described the suspect’s race differently. Interestingly, all four witnesses seemed to be in a similarly sufficient geographic position related to the robbery; all four should have been able to get a clear, unobstructed view. Why were their descriptions so different? As it turned out, much of the difference could be attributed to their personal response to the violent nature of the crime committed in their presence. Some of the witnesses were so disturbed by the offense they simply could not pay attention to the details related to the suspect. Some were more accustomed to this level of violence, and, as a result, were much calmer in their response and more attentive to details. Some witnesses had never seen such a crime or thought about what might be important to remember. Other witnesses possessed a bit more “street savvy” and made the effort to remember important details. In addition to all of this, one witness was a victim of a similar crime and repeatedly misidentified the race of the suspect; her description was influenced by her own experience as a victim. Theists often disagree on moral issues. In spite of this, objective (transcendent) moral truths exist and their identity is not dependent on the opinions of theists. Click To Tweet

The fact four people could not agree on the objective truth related to the suspect in this case did not refute the objective nature of the suspect, and their disagreement was not evidence against his existence. All were certain a suspect existed, and all would readily admit his existence was not a matter of personal opinion. In spite of this, none of them could agree entirely on his description (his nature). In a similar way, theists who acknowledge the existence of objective, transcendent moral truths may disagree on their identity and (more likely) how these objective laws ought to be employed or expressed. This disagreement is not evidence against the existence of transcendent moral truth; it is merely a reflection of the nature of humans who are trying to be good witnesses. Some of us have thought more deeply about this than others. Some of us allow our own personal moral history to color our observations and descriptions. My purse snatch witnesses couldn’t agree on the nature of the suspect. In spite of this, one objective suspect existed and his identity was not dependent on the witness’ opinions. Theists often disagree on moral issues. In spite of this, objective (transcendent) moral truths exist and their identity is not dependent on the opinions of theists.