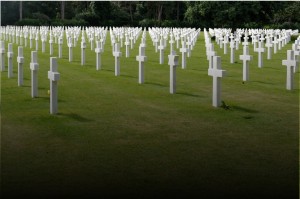 At a time when the world is still divided by war and conflict, Christians have a duty and responsibility to examine our position related to the use of deadly force. As a homicide detective, this issue has been at the center of my professional life for over twenty-five years. In every case I investigate, I must carefully consider whether the use of deadly force was properly justified. I am a Christian, but I also believe there are times when deadly force is warranted. Is that a contradiction? Many Christians are strict pacifists, supporting their position with the words of Jesus from the Sermon on the Mount:

Matthew 5:38-41
You have heard that it was said, ‘Eye for eye, and tooth for tooth.’ But I tell you, do not resist an evil person. If someone strikes you on the right cheek, turn to him the other also. And if someone wants to sue you and take your tunic, let him have your cloak as well.

That sure sounds like a command for pacifism, doesn’t it? And Jesus (in the very same sermon), also affirmed the Law written in the Old Testament:

Matthew 5:17-20
Do not think that I have come to abolish the Law or the Prophets; I have not come to abolish them but to fulfill them. I tell you the truth, until heaven and earth disappear, not the smallest letter, not the least stroke of a pen, will by any means disappear from the Law until everything is accomplished. Anyone who breaks one of the least of these commandments and teaches others to do the same will be called least in the kingdom of heaven, but whoever practices and teaches these commands will be called great in the kingdom of heaven.

Christian pacifists also point to a foundational teaching of the Old Testament, citing the command, “You shall not kill,” found in the Ten Commandments. So how can we, as Christians, ever justify the use of deadly force, even in times of war? Doesn’t action of this nature violate the fundamental teaching of Jesus and the Old Testament He affirmed?

You Shall Not Kill?
Let’s begin with a careful reading of the Scripture. “You shall not kill” is actually not a command found in the Bible. The command from scripture in the original language actually says “You shall not murder” (Exodus 20:13). The Hebrew word for “murder” literally means “the intentional, premeditated killing of another person with malice.” Interestingly, most of us are familiar with this definition of murder, because it is reflected in the penal codes of our country. The Penal Code of California reflects this definition of murder:

187. (a) Murder is the unlawful killing of a human being, or a fetus, with malice aforethought.

Malice is a form of evil intent separating murder from killing. Even today, some uses of deadly force are legally justifiable if they lack evil intent. These forms of killing exist as exceptions to the murder laws in the United States. In California, for example, it is actually legal (according to penal code sections 187, 196 and 197) to kill someone, so long as one of the following conditions are met:

In addition, there are exceptions for agents of the government, so long as one of the following conditions are met:

In all these situations, killing is actually legal and justifiable, and these exceptions exist in the Penal Codes of every state in America (with the exception of the death penalty laws in some states). Even those who don’t accept the existence of God or the authority of the Bible have no problem reasoning through the necessity of laws such as these; laws allowing for deadly force to be used to accomplish some greater good. Even atheists would agree laws like this are good and necessary. It’s interesting to note, however, exceptions such as these are not the invention of modern humans. They are simply a reflection of ancient Biblical Law. The Bible is the source for our modern law and these exceptions come straight from the pages of scripture:

An accidental killing is not murder:

Exodus 21:12-13
Anyone who strikes a man and kills him shall surely be put to death. However, if he does not do it intentionally, but God lets it happen, he is to flee to a place I will designate.

Numbers 35:22-25
But if without hostility someone suddenly shoves another or throws something at him unintentionally or, without seeing him, drops a stone on him that could kill him, and he dies, then since he was not his enemy and he did not intend to harm him, the assembly must judge between him and the avenger of blood according to these regulations. The assembly must protect the one accused of murder from the avenger of blood and send him back to the city of refuge to which he fled.

A killing performed in self defense or in defense of one’s home is not murder:

Exodus 22:2
If a thief is caught breaking in and is struck so that he dies, the defender is not guilty of bloodshed

A killing performed in an attempt to save the life of an innocent person is not murder:

Exodus 2:11-12
One day, after Moses had grown up, he went out to where his own people were and watched them at their hard labor. He saw an Egyptian beating a Hebrew, one of his own people. Glancing this way and that and seeing no one, he killed the Egyptian and hid him in the sand. (God did not judge Moses as a murderer because he was protecting the life of the slave)

Genesis 14:14-16
When Abram heard that his relative had been taken captive, he called out the 318 trained men born in his household and went in pursuit as far as Dan. During the night Abram divided his men to attack them and he routed them, pursuing them as far as Hobah, north of Damascus. He recovered all the goods and brought back his relative Lot and his possessions, together with the women and the other people. (God did not judge Abram as a murderer because he was protecting the life of Lot)

Our modern laws regarding killing and murder, (the very laws atheists and Christian pacifists would fight to defend), are based on Biblical Laws dating back thousands of years.

Extending a Good Moral Principle
Moral precepts such as these can be extended into broader categories. Look, for example, at just two exceptions to the murder law: the exceptions for self defense and for the defense of an innocent. Few of us would argue against these exceptions. None of us wants to be charged with murder just because we stopped some crazed attacker from trying to kill us or trying to kill one of our children, even if we had to use deadly force to accomplish our own defense. But what if there were two attackers trying to kill you? Would the exception still apply if deadly force had to be used to stop both of them? Would this still be legal and moral? Yes, it would. What if there were ten attackers? 100 attackers? 1,000 attackers? Would the mere number of attackers change the legal or moral question here? No. That’s why it is philosophically and theological viable for us to consider the notion of a “just war”. While many simply see any war as mass murder, there are certain conditions under which war may be justifiable in the same way some killings are justifiable related to our local murder laws. Of course, the burden for justification is very high and we can certainly argue about whether or not this burden has been met, depending on which war we consider. But I think it is fair and reasonable to say moral and legal conditions do exist to justify the use of deadly force, if the conditions have been established.

The Real Cause of War
I realize this is a big “if”. So before we try to establish the justifications and guidelines appropriate for a “just war”, we might want to take the time to examine the true cause of war. Why does ANY war begin? Why would we ever find ourselves considering war in the first place? If we are honest about this, we can usually point to some initial point of conflict resulting from human sin. We all have an intuitive sense evil exists in the world, and the Bible tells us where this evil resides:

Romans 3:10-18
There is none righteous, not even one; there is none who understands, there is none who seeks for God; all have turned aside, together they have become useless; there is none who does good, there is not even one. Their throat is an open grave, with their tongues they keep deceiving; the poison of asps is under their lips, whose mouth is full of cursing and bitterness. Their feet are swift to shed blood, destruction and misery are in their paths, and the path of peace have they not known. There is no fear of God before their eyes.

The world is filled with sinful people, and war is simply one of many results of sin. Skeptics often argue religion is the cause of war. But to say every war has been fought on theological grounds is simply untrue. Given free reign, humans will find something to fight about. It may be about religion, but if not, it will be about some other ideology or simply about greed and power. While religion may be one excuse to go to war, it is only that: one excuse. But remember there will always be some excuse. War is typically the result of our nature as greedy, prideful, power-hungry humans. And this nature is described perfectly in the scriptures:

James 4:1-2
What is the source of quarrels and conflicts among you? Is not the source your pleasures that wage war in your members? You lust and do not have; so you commit murder. And you are envious and cannot obtain; so you fight and quarrel.

So, let’s be honest about the cause of war. As Christians we are commanded not to murder, but this does not mean we must be Christian pacifists. We have been given several exceptions justifying the reluctant (albeit necessary) use of deadly force. If we exercise one of these exceptions, however, we had better make sure that we are responding to sin, rather than being yet another source of sin. In my next post, I’ll discuss reasonable guidelines we might follow in those reluctant and unfortunate circumstances when deadly force must be implemented.

As Christians we are commanded not to murder, but this does not mean we must be Christian pacifists. Click To Tweet

Do Christians Pick And Choose Which Rules They Want To Follow?

As a detective, I am impressed with cases when they are evidentially diverse. Two witnesses …