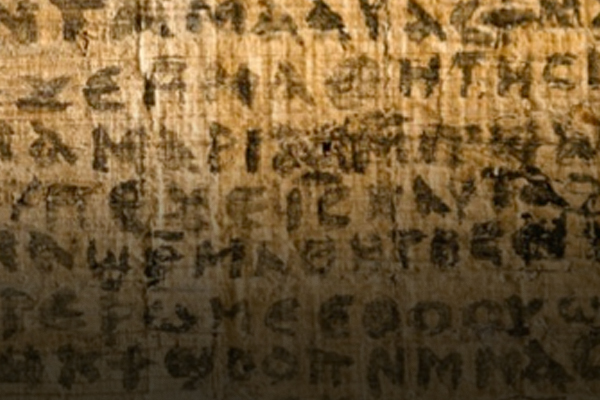 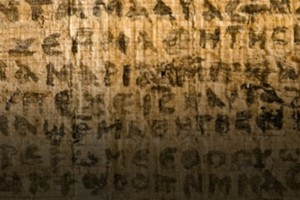 The New York Times and Huffington Post published an article today announcing the discovery of a papyrus fragment that “contains a phrase never seen in any piece of Scripture: “Jesus said to them, ‘My wife…”. In addition, this ancient fragment (smaller than the size of a business card) also contains the phrase: “she will be able to be my disciple.” The scholar presenting this discovery, Harvard’s Hollis Professor of Divinity, Karen L. King, “repeatedly cautioned that this fragment should not be taken as proof that Jesus, the historical person, was actually married. The text was probably written centuries after Jesus lived, and all other early, historically reliable Christian literature is silent on the question, she said.”

Still, these media outlets appear to be publishing the story to illustrate the position that early Christians were debating the issue (of Jesus’ marital status and desire to have a female disciple) as though it was something open for debate. The article suggests there were early competing traditions related to the most basic characteristics of Jesus. Like Bart Ehrman’s claim in books like Lost Christianities: The Battles for Scripture and the Faiths We Never Knew, the article presents selected quotes from Professor King that might lead one to believe that the Jesus we know today was simply one of many similarly ancient competing versions of Jesus:

“This fragment suggests that some early Christians had a tradition that Jesus was married,” she (King) said. “There was, we already know, a controversy in the second century over whether Jesus was married, caught up with a debate about whether Christians should marry and have sex.” (from the Times article)

Of course the truth is that this particular discovery is not remarkable at all. It was not authored by “early Christians” (if they were Christians at all); but was instead written in the fourth century, nearly 300 years after the eyewitness authors of the Gospels finished their work. In addition, this is reportedly a Coptic text, written in a region and tradition that was well known for it’s late and heretical contributions to apocryphal literature. In fact, experts examining this fragment have already identified phrases that “resemble snippets from the Gospels of Thomas and Mary.” Even the early Church Fathers wrote extensively about many of these late forgeries and illegitimate narratives. I’ve examined most, if not all of these apocryphal texts and posted what I’ve discovered on our PleaseConvinceMe.com website.

I’m fascinated that papyrus scraps of this nature are so quickly published and celebrated, even though the scholars have yet to weigh in on whether or not the fragment is even legitimate:

“The provenance of the papyrus fragment is a mystery, and its owner has asked to remain anonymous. Until Tuesday, Dr. King had shown the fragment to only a small circle of experts in papyrology and Coptic linguistics, who concluded that it is most likely not a forgery. But she and her collaborators say they are eager for more scholars to weigh in and perhaps upend their conclusions.” (from the Times article)

So, with only a “small circle of experts” consulted and with results that may be “upended”, major media outlets are still quick to publish the papyrus fragment. Why? It seems that there is a continuing secular desire to convince the world (especially believers) that we should abandon everything we think we know about Jesus. We can’t trust the Gospels; they’re not the only source of information about Jesus, and He may not be who (or what) we thought He was.

“Beyond internal Catholic Church politics, a married Jesus invites a reconsideration of orthodox teachings about gender and sex,” said journalist and author Michael D’Antonio, who writes about the Catholic Church, in a blog on The Huffington Post. “If Jesus had a wife, then there is nothing extra Christian about male privilege, nothing spiritually dangerous about the sexuality of women, and no reason for anyone to deny himself or herself a sexual identity.” (from the Huffington Post article)

Yes, if scraps like this are to be trusted over the New Testament gospels, there is a lot to rethink. But there’s no reason to trust anything other than the canonical gospels. They are the earliest and most reliable descriptions we have of Jesus. The picture of Jesus in these gospels was consistently repeated from apostolic teacher to student, from the original eyewitnesses to the second generation of believers (like Ignatius and Polycarp), to the third and fourth generation of disciples (like Irenaeus and Hippolytus) and beyond. This picture of Jesus as the unmarried, miracle working Son of God who died on the cross and rose from the dead was repeated for 300 years before this particular scrap of papyrus was ever penned.

But we probably won’t see a story about that in the New York Times or Huffington Post. 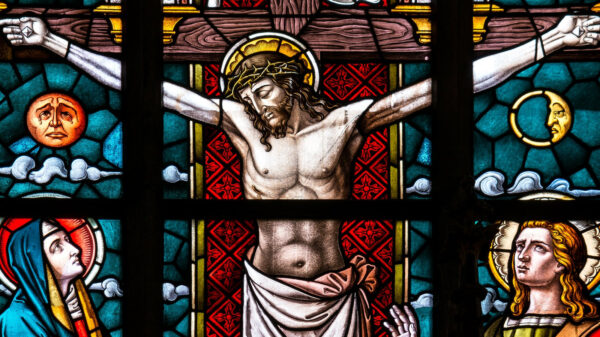 Retracing the steps of Jesus – Interview with Bill Arnold (Podcast)

Radio show host extraordinaire, Bill Arnold, interviews J. Warner to talk about the impact of Jesus on history and the “fingerprints” Jesus left on...