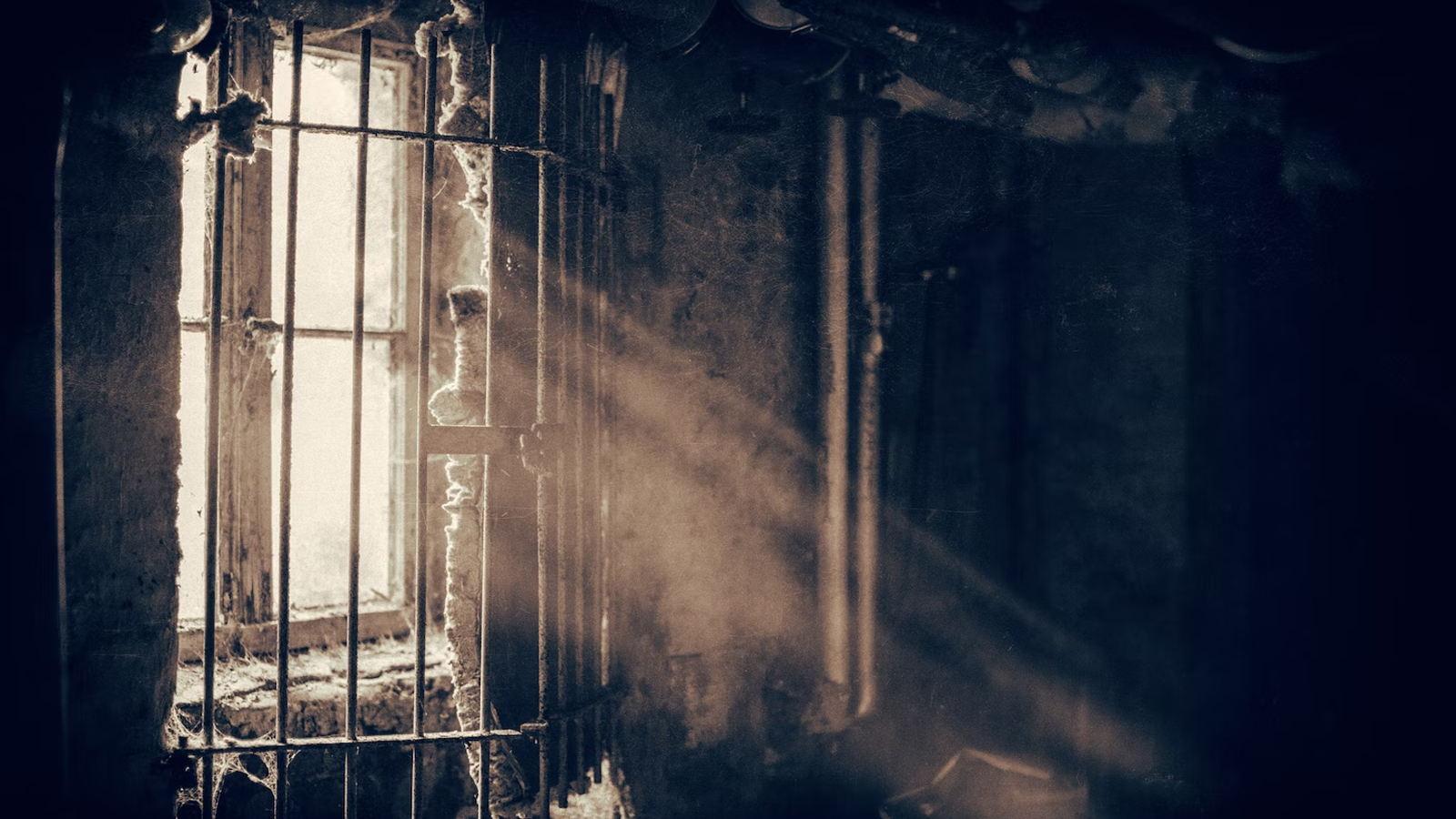 Are all sins the same in the eyes of God? Is lying just as bad as murder? The answer is not as simple as it may seem. In one sense our moral failings are exactly the same: Our sins (regardless of severity) expose our imperfection and separate us from the perfect God who created us. Even the smallest moral failing disqualifies us from the perfection of God. But God recognizes some sins are more heinous than others. Jesus affirmed this as He was standing in front of Pontius Pilate:

John 19:11-12
Jesus answered, “You would have no authority over Me, unless it had been given you from above; for this reason he who delivered Me up to you has the greater sin.”

Even Jesus acknowledged some sins are greater than others, and this is consistent with what God has revealed about sin from the earliest of times.

There Degrees of Punishment on Earth
When God gave the Law to Moses, He prescribed different levels of punishment for different kinds of sins, based on the offensive or heinous nature of the sin under consideration. The Mosaic Law is filled with measured responses to sin. God’s Word prescribes punishments matching the crimes in question:

Exodus 21:23-25
But if there is any further injury, then you shall appoint as a penalty life for life, eye for eye, tooth for tooth, hand for hand, foot for foot, burn for burn, wound for wound, bruise for bruise.

In fact, the Mosaic Law required each offender be punished “according to his guilt” and no more:

Deuteronomy 25:2-3
…then it shall be if the wicked man deserves to be beaten, the judge shall then make him lie down and be beaten in his presence with the number of stripes according to his guilt. He may beat him forty times but no more, lest he beat him with many more stripes than these, and your brother be degraded in your eyes.

The Mosaic Law is evidence of two important truths: First, while any sin may separate you from the perfection of God, some sins are clearly more offensive than others. Second, God prescribes different punishments for different crimes based on the severity of each crime.

There Are Degrees of Punishment in Hell
God applies this principle in the next life as well. God prescribes a variety of punishments in the next life corresponding to the crimes committed in this one:

Revelation 20:12-13
And I saw the dead, the great and the small, standing before the throne, and books were opened; and another book was opened, which is the book of life; and the dead were judged from the things which were written in the books, according to their deeds.

Jesus affirmed this truth in the Parable of the Wicked Servant:

Luke 12:42-48
And the Lord said, “Who then is the faithful and sensible steward, whom his master will put in charge of his servants, to give them their rations at the proper time? Blessed is that slave whom his master finds so doing when he comes. Truly I say to you, that he will put him in charge of all his possessions. But if that slave says in his heart, ‘My master will be a long time in coming,’ and begins to beat the slaves, both men and women, and to eat and drink and get drunk; the master of that slave will come on a day when he does not expect him, and at an hour he does not know, and will cut him in pieces, and assign him a place with the unbelievers. And that slave who knew his master’s will and did not get ready or act in accord with his will, shall receive many lashes, but the one who did not know it, and committed deeds worthy of a flogging, will receive but few. And from everyone who has been given much shall much be required; and to whom they entrusted much, of him they will ask all the more.

In the next life, some will be punished more than others. There are clearly degrees of punishment. In a straight forward interpretation of this parable, those who reject the teaching and calling of God will be harshly punished, while those who have less clarity on what can be known about God (“the one who did not know it”), will be punished with less severity.

Are Those Who Should Know Better Judged More Harshly?
Those who know more are held in a higher degree of accountability and responsibility. If you know the truth about God and reject it, you will be punished more than someone who doesn’t yet know better. Look at these three statements made by Jesus, all in the Gospel of John:

John 15:22
“If I had not come and spoken to them, they would not have sin, but now they have no excuse for their sin.”

John 15:24
“If I had not done among them the works which no one else did, they would not have sin; but now they have both seen and hated Me and My Father as well.”

Over and over again, Jesus said knowledge of the truth is important, and upon this knowledge sin is judged. The more you know, the more you should know better. Jesus said those with greater knowledge of God’s moral nature and plan for Salvation (based on their exposure to the teaching of Jesus and his followers) will be held more accountable and, as a result, their rejection of this truth will receive a greater punishment than those who simply don’t know better:

Once again Jesus affirms there are different degrees of punishment in the next life. But even more importantly, our level of knowledge and understanding is the basis for this punishment. These Jewish cities had been exposed to Jesus’ teaching and they had seen the miracles. They had more opportunities than nearly anyone else to comprehend and accept the truth, yet they failed to do so. As a result, they were to be punished more than others. Once again, the more you know, the more you should know better:

Hebrews 10:28-29
How much more severely do you think a man deserves to be punished who has trampled the Son of God under foot, who has treated as an unholy thing the blood of the covenant that sanctified him, and who has insulted the Spirit of grace?

2 Peter 2:20-22
For if after they have escaped the defilements of the world by the knowledge of the Lord and Savior Jesus Christ, they are again entangled in them and are overcome, the last state has become worse for them than the first. For it would be better for them not to have known the way of righteousness, than having known it, to turn away from the holy commandment delivered to them.

James 3:1-2
Let not many of you become teachers, my brethren, knowing that as such we shall incur a stricter judgment.

Those who know more are held to a higher standard.

Would It Be Better Then, To Leave People In Ignorance?
Since we have Biblical examples of punishment being dispersed based on degrees of understanding and knowledge of the truth, would it be better, then, for us to say nothing about Jesus? Are we simply setting them up for judgment by telling them the truth in the first place? No. All of us have enough knowledge of the truth to be culpable for our sins:

Romans 1:18-20
For the wrath of God is revealed from heaven against all ungodliness and unrighteousness of men who suppress the truth in unrighteousness, because that which is known about God is evident within them; for God made it evident to them. For since the creation of the world His invisible attributes, His eternal power and divine nature, have been clearly seen, being understood through what has been made, so that they are without excuse.

Romans 2:14-15
For when Gentiles who do not have the Law do instinctively the things of the Law, these, not having the Law, are a law to themselves, in that they show the work of the Law written in their hearts, their conscience bearing witness and their thoughts alternately accusing or else defending them…

Even those who haven’t heard the Gospel have enough knowledge to know better. The created world demonstrates the existence of the Creator, and their own consciences acknowledge God’s moral law. Given this reality, how innocent are any of us, really? While knowledge of the truth is definitely a factor God considers, none of us are without some level of knowledge. There’s one thing we know for certain, however. God’s nature will prevail when He decides what to do with us.

The Good News
In the midst of all this talk about punishment in Hell, there is some good news. First, we can have confidence in knowing God is both just and loving:

Psalm 25:8
Good and upright is the LORD; Therefore He instructs sinners in the way.

Psalm 100:5
For the LORD is good; His lovingkindness is everlasting, and His faithfulness to all generations.

Psalm 89:14
Righteousness and justice are the foundation of Thy throne; lovingkindness and truth go before Thee

We would expect a God who is both loving and just to demand justice, but do it in an equitable way. And this is exactly what the Bible teaches about the nature of Hell. It is a place where justice is served, but also a place where justice is measured out fairly. So, when someone says, “Hey, it’s not fair that my Grandma who doesn’t know much about Jesus and has ‘minor’ sin in her life should be punished the same as a guy like Hitler (who rejected the truth of Christianity and had ‘major’ sin in his life),” be prepared to tell them this is not the claim of Christianity. These two people will both be separated from God, but Hitler will face an experience in Hell very different than someone like grandma.