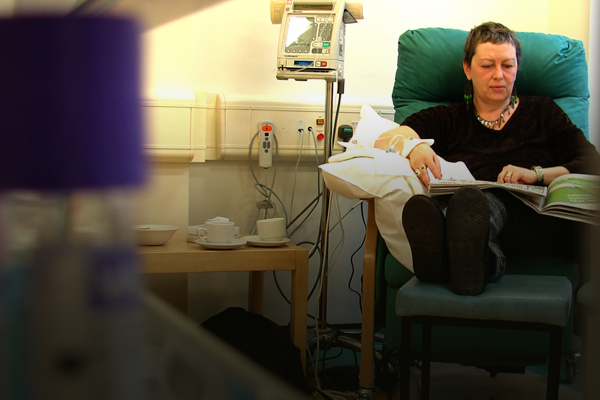 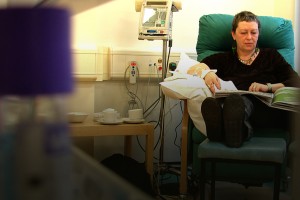 While angelic beings were originally were created to love God, some have rejected him entirely. Angels worship and honor their Creator, striving to help reunite all of creation with God. Demons, on the other hand, have rejected God and strive daily to oppose the spiritual understanding and development of humans (Ephesians 6:12). The Bible describes the strategies demons have taken to oppose the will of God. Demons frequently attacked the bodies of those who might otherwise have received the Gospel of Grace:

They Attacked the Body’s Ability to Comprehend the Truth of God
Demons inflicted illnesses to prevent people from hearing, seeing or speaking the truth. They took this approach because sensory disabilities are the greatest inhibitors to humans being able to receive or express an acceptance of the Gospel:

Mark 9:25
And when Jesus saw that a crowd was rapidly gathering, He rebuked the unclean spirit, saying to it, “You deaf and dumb spirit, I command you, come out of him and do not enter him again.”

Matthew 12:22
Then there was brought to Him a demon-possessed man who was blind and dumb, and He healed him, so that the dumb man spoke and saw.

Mark 9:17
And one of the crowd answered Him, “Teacher, I brought You my son, possessed with a spirit which makes him mute”

They Attacked the Body’s Ability to Act on the Word of God
In addition to this, demons often attacked the body and make it nearly impossible for people to act on what they are about to hear:

Luke 9:39
…and behold, a spirit seizes him, and he suddenly screams, and it throws him into a convulsion with foaming at the mouth, and as it mauls him, it scarcely leaves him.

Acts 8:7
For in the case of many who had unclean spirits, they were coming out of them shouting with a loud voice; and many who had been paralyzed and lame were healed.

They Attacked the Body’s Ability to Represent the Image of God
Finally, demons sometimes possessed people and manipulated their actions, bringing shame on the individual and discrediting their witness as humans created in the image of God. The Bible records demon possessed individuals who appeared foolish and who acted in a manner dishonoring to God:

Luke 8:27-28
And when He had come out onto the land, He was met by a certain man from the city who was possessed with demons; and who had not put on any clothing for a long time, and was not living in a house, but in the tombs.

Although there are several examples of demon possession in the Bible, the Scripture does not attribute all illness to demons. Skeptics often characterize Christians as superstitious people who attribute all physical ailments to the existence and influence of demons. But this is neither the Biblical record, nor what Christians believe. There are several New Testament passages describing the demon possessed and the sick as two different groups (joined by the word “and”):

Luke 13:31-32
Just at that time some Pharisees came up, saying to Him, “Go away and depart from here, for Herod wants to kill You.” And He said to them, “Go and tell that fox, ‘Behold, I cast out demons and perform cures today and tomorrow, and the third day I reach My goal.

Luke 9:1-2
When Jesus had called the Twelve together, he gave them power and authority to drive out all demons and to cure diseases, and he sent them out to preach the kingdom of God and to heal the sick.

Acts 5:15-16
Crowds gathered also from the towns around Jerusalem, bringing their sick and those tormented by evil spirits, and all of them were healed.

In addition, Jesus healed many people who were sick and the Scriptures describe these healings clearly. None of the following illnesses were attributed to demons:

Christians do not attribute all illnesses to demon possession, but it is clear demons are continually doing what they can to keep God’s chosen from a relationship with Him. Click To Tweet

Christians do not attribute all illnesses to demon possession, but it is clear demons are continually doing what they can to keep God’s chosen from a relationship with Him, and this often takes the form of some sort of bodily attack. Demons are focused. They are trying to stop God’s work, stop the growth of the Kingdom, and stop men and women from hearing the Good News. One thing is certain, however. Those of us who have already placed our trust in Christ (and have been filled with God’s Spirit) cannot be demon possessed. Demons are mere creations of God, and as such, they do not possess His power. God is strong enough to reach us, transform us and keep us:

2 Corinthians 5:17
Therefore, if anyone is in Christ, he is a new creation. The old has passed away; behold, the new has come.


1 Peter 1:18–19
knowing that you were ransomed from the futile ways inherited from your forefathers, not with perishable things such as silver or gold, but with the precious blood of Christ, like that of a lamb without blemish or spot.

2 Corinthians 6:15-16
What harmony has Christ with Belial, or what has a believer in common with an unbeliever? Or what agreement has the temple of God with idols? For we are the temple of the living God; just as God said, “I will dwell in them and walk among them; and I will be their God, and they shall be My people”

Romans 8:38-39
For I am convinced that neither death nor life, neither angels nor demons, neither the present nor the future, nor any powers, neither height nor depth, nor anything else in all creation, will be able to separate us from the love of God that is in Christ Jesus our Lord.