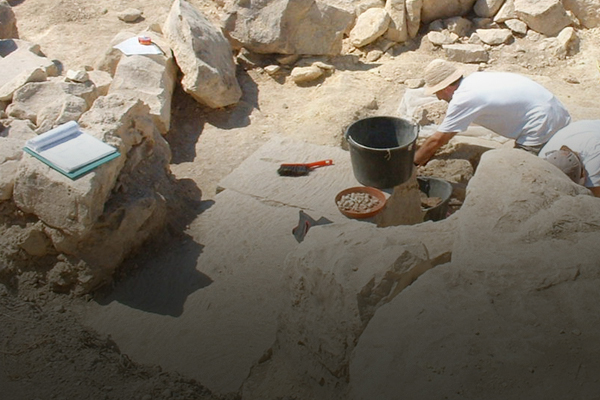 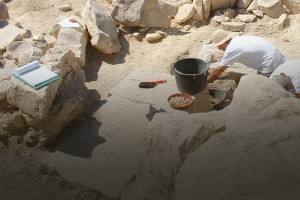 I’ve learned to test witnesses in my criminal investigations before trusting their testimony, and I evaluate them with the template we typically use in jury trials. One dimension of this template is corroboration: Is there any verifying evidence supporting the claims of the eyewitness? Corroborative evidence is what I refer to as “touch point” evidence. I don’t expect a surveillance video confirming every statement made by a witness, but I do expect small “touch point” corroborations. The authors of the Bible make a variety of historical claims, and many of these claims are corroborated by archaeological evidence. For example, over fifty people mentioned in the Bible have now been confirmed through archaeological discoveries. While archaeology is notoriously partial and incomplete, it does offer us “touch point” verification of many Biblical claims, including the claims of the Old Testament. Here are just a few of the more impressive findings related to the Old Testament:

Related to Belshazzar
The existence of Belshazzar, king of Babylon, was once doubted by critics. Belshazzar is named in Daniel 5, but according to the non-Biblical historic record, the last king of Babylon was Nabonidus. Tablets have been discovered, however, describing Belshazzar as Nabonidus’ son and documenting his service as coregent in Babylon. If this is the case, Belshazzar would have been able to appoint Daniel “third highest ruler in the kingdom” for reading the handwriting on the wall (as recorded in Daniel 5:16). This would have been the highest available position for Daniel. Here, once again, we see the historicity of the Biblical record has been confirmed by archaeology.

Related to David
Skeptics once denied the existence of Kings David and Solomon, or believed them to be very minor tribal leaders, if they existed at all. In 1994, however, archaeologists discovered a stele (a monumental stone slab) near Tel Dan in Northern Israel. It dates to the ninth century before Jesus, and was apparently placed in this location to celebrate the victory of the Aramean king over the armies of Israel. Importantly, it bears an inscription which refers to the “House of David,” confirming the fact that David reigned and established a dynasty.

Related to Hezekiah (and Possibly Isaiah)
Archaeologists investigating the southern part of the wall surrounding Jerusalem’s Old City found a dump dated to the eighth century BC. It contained many clay imprints and seals, and one of these displayed the “Belonging to Hezekiah (son of) Ahaz king of Judah.” On an additional seal discovered at the site, archaeologists found an inscription that said, “Yesha ‘yah[u].” In Hebrew, this means, “YHWH is salvation,” but in English the name inscribed here is “Isaiah.” Some experts believe this is evidence of the Biblical prophet, Isaiah, given the close proximity of the two seals and the connection between Hezekiah and Isaiah in the Old Testament narrative.

Related to the Hittites
The historicity and cultural customs of the Patriarchs have been corroborated in clay tablets uncovered in the cities of Nuzi, Mari and Bogazkoy. Archaeological discoveries in these three cities have confirmed the existence of the Hittites. These findings also revealed an example of an ancient king with an incredible concentration of wealth. Prior to this discovery, skeptics doubted such ancient affluence was possible and considered the story of Solomon to be greatly exaggerated. This discovery provided an example of such a situation, however. Solomon’s prosperity is now considered to be entirely feasible.

Related to Josiah’s Governors
Archaeologists have discovered a well persevered seal impression that was made by the Governor of Jerusalem and dates to the 7th Century BC, during the reign of King Josiah. This is consistent with two references of governors in 2 Kings 23 and 2 Chronicles 34. Experts aren’t sure if the governor who used the ancient seal was Joshua (as described in 2 Kings) or Maaseiah (as described in 2 Chronicles).

Related to Nebo-Sarsekim
There are thousands of “lesser known,” relatively unimportant characters in the Bible who would easily be overlooked if archeology did not continue to verify them. One such person is Nebo-Sarsekim. Nebo-Sarsekim is mentioned in the Bible in Chapter 39 of the Book of Jeremiah. According to Jeremiah, this man was Nebuchadnezzar II’s “chief officer” and was with him at the siege of Jerusalem in 587 BC, when the Babylonians overran the city. Many skeptics have doubted this claim, but in July of 2007, Michael Jursa, a visiting professor from Vienna, discovered Nebo-Sarsekim’s name (Nabu-sharrussu-ukin) written on an Assyrian cuneiform tablet. This tablet was used as a receipt acknowledging Nabu-sharrussu-ukin’s payment of 0.75 kg of gold to a temple in Babylon, and it described Nebo-Sarsekim as “the chief eunuch” of Nebuchadnezzar II, king of Babylon. The tablet is dated to the 10th year of the reign of Nebuchadnezzar II, 595BC, 12 years before the siege of Jerusalem, once again verifying the dating and record of the Old Testament.

Related to Nehemiah’s Wall
Skeptical historians once doubted the historicity of Nehemiah’s account of the restoration of Jerusalem that is found in the Bible. Nehemiah lived during the period when Judah was a province of the Persian Empire, and he arrived in Jerusalem as governor in 445 BC. With the permission of the Persian king, he decided to rebuild and restore the city after the destruction of the First Temple by the Babylonians (which occurred a century earlier, in 586 BC). The Book of Nehemiah records the completion of this wall in just 52 days, and many historians did not believe this to be true, since the wall itself was never discovered. But in November of 2007, the remnants of the wall were uncovered in an archaeological excavation in Jerusalem’s ancient City of David, strengthening concurrent claims King David’s palace was also found at the site. Experts now agree that the wall has been discovered along with the palace. Once again, the Old Testament has been corroborated.

Related to the Philistines
Skeptics once doubted the existence of the Philistines, the ancient enemies of the Israelites. But we now have an early description of the Philistines, discovered on the Temple of Rameses III at Thebes, in Egypt. This structure is dated to approx. 1150BC, and the inscription found there describes the Philistines as “peoples of the sea.” The engraving also says the Philistines invaded the Delta area and the coastal region of Canaan, establishing a number of cities. Most of these cities have now been escavated and match their Biblical descriptions: Ashkelon, Ashdod, Gaza, Gath, and Ekron.

Related to Sargon
The historicity of the Assyrian king, Sargon (recorded in Isaiah 20:1) has also been confirmed, despite the fact his name was not seen in any non-Biblical record. Archeology again proved the Biblical account to be true when Sargon’s palace was discovered in Khorsabad, Iraq. More importantly, the event mentioned in Isaiah 20, Sargon’s capture of Ashdod, was recorded on the palace walls, confirming the history recorded in Old Testament Scripture. Fragments of a stela (an inscribed stone pillar) were also found at Ashdod. This stela was originally carved to memorialize the victory of Sargon.