Is God True? God’s Existence Make Sense of Our Universe

Detectives assess evidence at death scenes to answer the most critical questions: Is this a natural death or a homicide? If it’s a homicide, which suspect best explains the evidence at the scene? While there may be a number of potential suspects accounting for some (or most) of the evidence, one suspect will usually emerge as the “best” inference, explaining the evidence more completely (and more reasonably) than other alternatives. One suspect makes better sense of what we are seeing evidentially. As good detectives, we then infer this suspect is, in fact, the true killer. In a similar way, each of us holds a view of the world (something we refer to as a “worldview”) attempting to explain the common observations. We observe the world around us and begin to think about potential explanations for what we are seeing. We then offer the most reasonable explanation to explain the evidence. We are inferring to the best explanation. Is God True? God’s existence makes sense of our universe and provides a satisfactory answer to life’s most important questions. God is the most reasonable explanation.

Every one of us develops a particular worldview in order to explain our observations and answer life’s most important questions. Along the way we make a decision between two potential realities: a world in which only natural forces are at work (an atheistic worldview known as Philosophical Naturalism) or a world in which supernatural forces are at work in addition to natural forces (as represented by Theistic Worldviews). I hold a theistic worldview because I believe it best explains the world around me, and it does so in a way unequaled by the philosophical naturalism inherent to atheism. In the ten most intriguing and important questions asked by humans, Christian theism continues to offer the best explanation, especially when compared to philosophical naturalism:

How Did the Universe Come Into Being?
Why Does There Appear to Be Design (Fine Tuning) in the Universe?
How Did Life Originate?
Why Does There Appear to Be Evidence of Intelligence in Biology?
How Did Human Consciousness Come Into Being?
Where Does Free Will Come From?
Why Are Humans So Contradictory in Nature?
Why Do Transcendent Moral Truths Exist?
Why Do We Believe Human Life to be Precious?
Why Does Pain, Evil and Injustice Exist in Our World?

The ten “big questions” of life can also be seen as ten pieces of evidence “in the room”. As a detective, I look at the evidence, offer possible hypotheses capable of explaining what I am seeing, then evaluate the hypotheses to see which is the best explanation. The process (called, “Abductive Reasoning”) requires me to evaluate a given explanation to make sure it is feasible (it possesses “explanatory viability”), simple (it has the most “explanatory power”), exhaustive (it has the most “explanatory scope”), logical (it has the most “explanatory consistency”) and is superior (it possesses “explanatory superiority”). When looking at these ten pieces of evidence, I quickly recognize the problem Philosophical Naturalism has explaining them. Many of these questions are (or will be) addressed here at ColdCaseChristianity.com. As I examined the explanations offered by naturalism, I found them lacking. At the same time, Christian Theism offers feasible, simple, exhaustive, logical and superior explanations (if we don’t simply reject the existence of God before we even begin the examination). To be fair, we’ve must start each investigation by offering the broadest possible solutions, then allow the evidence to tell us which of these “possibilities” is actually the most “reasonable inference”.

Finally, it’s important for us to recognize no solution will explain the evidence completely (without leaving some limited number of unanswered questions). I’ve never worked a homicide case, nor presented a case in front of a jury, lacking some unanswered question. But this deficiency has never prevented us from moving toward a decision, and it has never prevented a jury from coming to a verdict. Certainty can reasonably emerge from what I call “evidential sufficiency”. At some point, the evidence is sufficient to cause us to believe our hypothesis is the true explanation for the evidence under consideration. We cannot expect every question will be answered, but the hypothesis explaining the evidence the most powerfully, the most exhaustively and the most consistently must sufficiently satisfy our need for certainty. Is God True? God’s existence makes sense of our universe and provides a satisfactory answer to life’s most important questions. The Christian Worldview is the best explanation, and I hope ColdCaseChristianity.com will make the case in a compelling way.

Where to Buy God’s Crime Scene 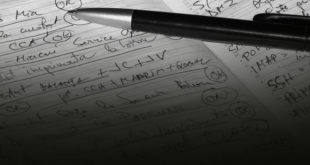