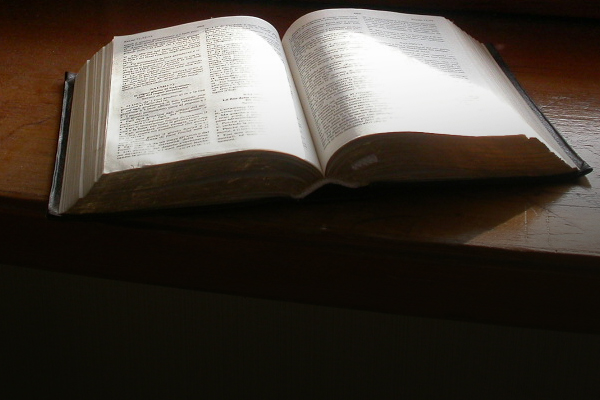 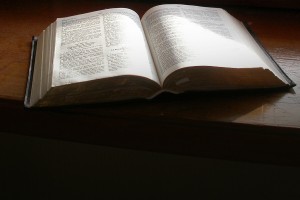 Richard Dawkins once famously said, “Faith is the great cop-out, the great excuse to evade the need to think and evaluate evidence. Faith is the belief in spite of, even perhaps because of, the lack of evidence.” He’s also quoted saying, “Many of us saw religion as harmless nonsense. Beliefs might lack all supporting evidence but, we thought, if people needed a crutch for consolation, where’s the harm? September 11th changed all that.” Dawkins isn’t the only atheist who believes Christianity can’t be supported by evidence. Sam Harris said, “When considering the truth of a proposition, one is either engaged in an honest appraisal of the evidence and logical arguments, or one isn’t. Religion is one area of our lives where people imagine that some other standard of intellectual integrity applies.” Statements such as these, while they are rhetorically powerful, expose a lack of understanding about the nature of evidence. Dawkins and Harris aren’t professional case makers, and they aren’t familiar with the broad categories of evidence we use in criminal and civil trials every day. Detectives and prosecutors understand anything can be assessed evidentially. There are only two categories of evidence, and Christian Case Makers use both types of evidence when making a case for Christianity:

Judges help jurors understand the difference between these two forms of evidence. In California, judges provide the following instruction to jurors: “Facts may be proved by direct or circumstantial evidence or by a combination of both. Direct evidence can prove a fact by itself. For example, if a witness testifies he saw it raining outside before he came into the courthouse, that testimony is direct evidence that it was raining. Circumstantial evidence also may be called indirect evidence. Circumstantial evidence does not directly prove the fact to be decided, but is evidence of another fact or group of facts from which you may logically and reasonably conclude the truth of the fact in question. For example, if a witness testifies that he saw someone come inside wearing a raincoat covered with drops of water, that testimony is circumstantial evidence because it may support a conclusion that it was raining outside” (CalCrim Section 223). Starting to understand the difference? The vast majority of cases tired in America are primarily circumstantial. In fact, none of my cold cases have ever benefitted from direct evidence. When you don’t have an eyewitness who can identify your suspect, you have to build the case cumulatively from all the indirect pieces of evidence you do have.

“Both direct and circumstantial evidence are acceptable types of evidence to prove or disprove the elements of a charge, including intent and mental state and acts necessary to a conviction, and neither is necessarily more reliable than the other. Neither is entitled to any greater weight than the other. You must decide whether a fact in issue has been proved based on all the evidence.” (CalCrim Section 223)

I personally like circumstantial cases better than direct cases. You know why? Because witnesses sometimes lie. There are times when a witness is improperly motivated. Maybe they want to lie so they can provide some important detail and be on Dateline, or maybe they want to lie to help out a friend who’s been accused. While I can misinterpret indirect evidence, it never intentionally lies to me. For that reason, I often prefer to assemble circumstantial cases than direct cases relying solely on eyewitnesses.

As it turns out, the case for Christianity is built on both direct and indirect evidence. The gospels are eyewitness accounts. They are direct evidence, although we would be wise to offer a caveat. Skeptics sometimes claim we shouldn’t think of the Gospel accounts as direct evidence since we can’t cross-examine the witnesses (writers) like we can witnesses in criminal trials. After all, hearsay rules prevent us from presenting eyewitness claims that can’t be tested through cross-examination. But I’ve already written about why this important rule simply cannot be applied to historical accounts like the Gospels (so I won’t belabor this point here). The more important issue is simply this: are the Gospel accounts reliable? We can actually address this more critical issue by applying the same critical template we apply to other eyewitness accounts. I’ve tried to demonstrate this process in Cold-Case Christianity.

Like all good evidential cases, the case for Christianity is a cumulative case built with both direct and indirect evidence. We can assess the claims of the Gospels indirectly by examining the internal evidence of language, pronoun use, and descriptions of geography, culture and politics. We can also assess the evidence of archaeology and the early reluctant parallel descriptions offered by non-Christians and Jewish believers. In addition, we can assess the early dating of the Gospels indirectly and trace their transmission with the evidence we find in the writings of the early Church Fathers. All of these pieces of indirect evidence are important to our case.

Once last important point needs to be made about the nature of the evidence we use to make criminal cases. Television shows like CSI have falsely given the general public the idea we must have scientific, forensic evidence (like DNA, serological, fingerprint or scientific, material evidence) in order to make a compelling case. Nothing could be further from the truth. In my cold-cases, I have seldom had this kind of evidence (remember there’s a reason why my cases originally went unsolved). More than anything else, my cases are made with the evidence of statements and behaviors. Sometimes the simplest statement or action can be the key to convicting a suspect. Scientific evidence is great when you have it, but I seldom do. I’ve learned to examine everything and overlook nothing.

When Dawkins and Harris say we, as Christians, believe in something for which there is no supporting evidence, they simply betray their ignorance about the nature of evidence and the way in which detectives and prosecutors build cases. Everything has the potential to be used as evidence. Indirect evidence is every bit as powerful as direct evidence, and scientific, forensic evidence is often an unnecessary luxury. There are only two categories of evidence, and Christian Case Makers use both types of evidence when making a case for Christianity.