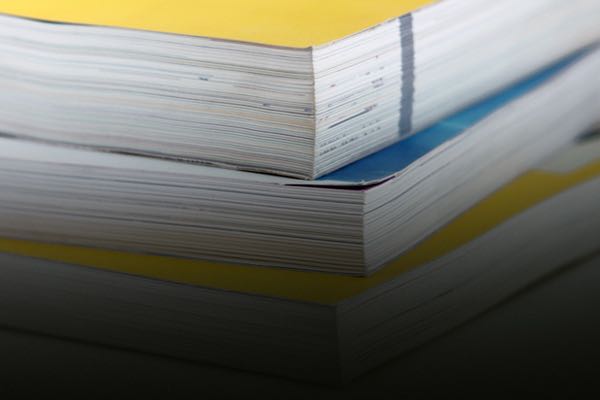 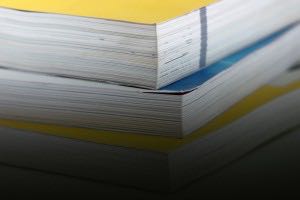 Yesterday’s release of the Pew Research Center’s report, “America’s Changing Religious Landscape,” affirms what most of us already know: Fewer and fewer people in America identify themselves as “Christian”. I’ve been reading the reaction to the poll with great interest. Many of us seem to still be in denial about this continuing trend away from the Church; some interpret the statistics as little more than movement away from traditional denominations (and not necessarily a departure from Christianity). The interactive data doesn’t support this optimistic view, however. Fewer people appear to believe Christianity is true today than seven years ago, and this should energize all of us to become better Christian Case Makers. Here is what I see in the 2014 Pew Research Center Report:

Surprising: Atheism Isn’t Growing Dramatically
Some news accounts of the American shift in religious identity have reported that “atheists and agnostics have nearly doubled their share of the religious marketplace”. While this may be statistically true, it easy to site these impressive sounding numbers when your group is tiny to begin with. Remember, atheists still only account for 3.1% of the population. In the past seven years, when Christian identity fell by 8%, atheism only grew by 3%. It’s easy to assume all those who leave Christianity become atheists, but this isn’t the case. Much of the demographic data is simply the result of growing emigrational diversity. As non-Christian immigrants continue to grow in number, they import their own religious identity and the overarching national demographic statistics continue to shift. This may help explain why non-Christian religious groups have grown in numbers over the past seven years. But here is the most important statistic: The largest growing group are simply those who claim no religious affiliation (the “nones”). These folks don’t identify themselves as Christians, but they don’t identify themselves as atheists or agnostics either. According to the Pew Report, most “nones” don’t commit to any particular view about God and say instead that they believe “nothing in particular.” Not all “nones” deny the existence of God, however. In fact, 30% report that religion is still at least somewhat important to them. “Nones” aren’t necessarily convinced God doesn’t exist, they simply either resist the claims of Christianity or are completely disinterested. Many are theists of one kind or another, but most (39%) report they simply aren’t interested in religion.

Unsurprising: Young People Are Leaving At the Highest Rate
The Pew survey found young people are leaving Christianity at the fastest pace. Each successive generation is less connected to Christianity than their parents. Although nearly 86% of Americans say they grew up as Christians, about one in five (19%) say they no longer claim Christianity is true. If we combine this polling with the growing body of literature describing the exodus of young people, the picture becomes even starker. Young people are more likely to leave Christianity than any other group. Alan Cooperman, Pew’s director of religion research said, “Overall, there are more than four former Christians for every convert to Christianity.”

Surprising: The Least Educated Are More Likely to Be Atheists
The media sometimes portrays atheists as the thoughtful, intelligent and informed people of America. Atheists groups try to reinforce this depiction. David Silverman, the president of American Atheists, responded to the Pew report by claiming, “More people (atheists) know the facts, and more people realize they are not alone.” But the statistics show that most atheists are not highly educated. According to the Pew survey, the largest group of atheists (57%) have less than a bachelor’s degree (26% have a high school diploma or less). Only 26% have completed a four year degree program and only 16% have a post-graduate degree. Make no mistake about it, Christian statistics are similarly poor, but here’s my point: many Christians tend to shrink from engaging their openly non-believing friends because they feel intellectually intimidated. But the largest group of atheists are just like the largest group of Christians – neither majority possesses a graduate degree. We are far more alike than we are different in this regard.

Unsurprising: Women Are More Likely to Identify As Christian Than Men
If you’ve taken a good look at your local congregation lately, you’ve probably already noticed there are more women in the pews than men. This is confirmed by the statistical data. Today, women comprise 55% of Christian congregations, while men only represent 45%. The numbers are about the same as they were seven years ago (when men represented 46 percent of congregations). Most Christians are women and most Christians are also married (52%).

Surprising: Nearly Every Other Group Is Dominated by Men
Men, however, dominate every other group of believers. 52% of Jewish believers, 65% of Muslims, 51% of Buddhists, and 62% of Hindus are men. Even more striking is the disparity among non-believers. 68% of atheists, 62% of agnostics and 57% of the “nones” are men. Christianity has simply not done a good job engaging the hearts and minds of men when every other group has.

Statistics are useless unless they call us to action. Given what the Pew Research Center’s report has revealed, what should we, as Christians concerned about the state of Christian belief, do in response? Here are my “take-aways”:

1. Don’t panic
It’s tempting to over-react and I’ll admit, my focus on case making and the exodus of young people here at Cold-Case Christianity can be misinterpreted with a false sense of hysteria. That’s not my purpose at all. Our country isn’t truly “post-Christian” yet. The vast majority of our fellow citizens still identify themselves as Christian, and even those in the “none” category aren’t necessarily closed to the case for Christianity.

2. Take it seriously
Even though our population isn’t yet “post-Christian”, the media and growing cultural worldview are. That’s why it’s important to take this data seriously. We’re still in the early stages of a tremendous cultural shift, but if we don’t get involved now and take the data seriously, it’ll be a lot harder to correct our course later.

3. Get involved
I sometimes hear Christian express reluctance to make a case for what they believe because they are intimidated by the learning curve and the fear they will encounter people who are more educated or savvy. The data reveals just the opposite. You may not be a scientist or a philosopher but you are fully capable of reaching those who are still outside the Church. You’re smart enough to get in the game.

4. Elevate young people
As I’ve said a million times here at ColdCaseChristianity.com, students are still the most likely to leave Christianity, even though most are raised in the Church. The Pew statistics reinforce this reality. For this reason, we need to be focused on young people, starting with those in our own home. Now is the time to answer your kid’s questions and prepare them to defend what they believe.

5. Engage men
Most of us, as fathers and husbands, admittedly relinquish our role as spiritual leaders to our clergy or spouses. It’s time for me to step up and for churches to focus on men to equip and encourage them for this role. In our growingly egalitarian culture, few of us are willing to recognize the unique and important role of men in leadership, but in every other growing group described in the Pew report, men are actively leading the way. If you’re a Christian man, get off the bench. Get in the game. Christianity is unique among worldviews. We believe something testable, and Christianity passes the test. Click To Tweet

I hope this brief recap of the Pew Research Center’s report is both sobering and inspiring. As Christians, we have a challenge in front of us but it is still early and we have the ability to respond. Remember, Christianity is unique among worldviews. We believe something testable, and Christianity passes the test. Let’s respond in a way few other theistic believers can: let’s get out there and make the case for what we believe.