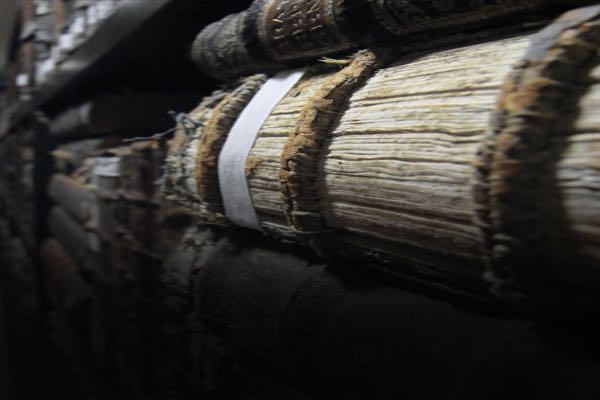 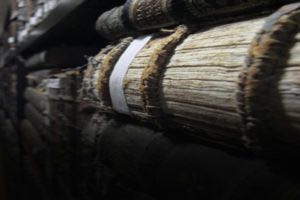 The History of Joseph the Carpenter is a relatively ancient text allegedly providing detail about the childhood of Jesus. But is this non-biblical text reliable? Was it really written by eyewitnesses who observed what they recorded in the text? There are four attributes of reliable eyewitness testimony, and the first requirement is simply that the account be old enough to actually be written by someone who was present to see what he or she reported. The History of Joseph the Carpenter was written too late in history to have been written by anyone who would have truly known Jesus, and like other late non-canonical texts, this fictional account was rejected by the early Church. In spite of this, The History of Joseph the Carpenter still references accurate det­ails related to Jesus.  Although it is a legendary fabrication written by an author hoped to provide detail about the childhood and family history of Jesus, much can still be learned about the historic Jesus from this late text:

The History of Joseph the Carpenter (400-480AD)
Like The Infancy Gospel of Thomas and The Infancy Gospel of James, The History of Joseph the Carpenter is another example of non-canonical legend that was created in order to answer questions about the life of Jesus. Many details of Jesus’ life prior to the age of twelve were left unaddressed in the canonical Gospels, and several late non-canonical works were created in order to satisfy the growing desire for additional information. This text is written as a message from Jesus on the Mount of Olives in which he talks about the life of His stepfather, Joseph. The text relies heavily on The Infancy Gospel of James for its content, but not much is known about the exact origin of The History of Joseph the Carpenter. Scholars believe that the text was written in Egypt (as late as the 5th century) and two versions of the text have survived, one written in Coptic and one written in Arabic. In addition to this the text seems to neatly address issues raised in other Nag Hammadi documents such as The First Apocalypse of James.

Why Isn’t It Considered Reliable?
Scholars place this apocryphal work far too late in history to have been written by an eyewitness to the life of Jesus or any of His teaching. The History of Joseph the Carpenter quotes from the New Testament (which is apparently well established by the time of the writing); the text either quotes or refers to passages from several different Gospels and Epistles, including the Gospels of Matthew, Luke and John, 2 Corinthians and the Book of Revelation. In addition, the text relies on the late, apocryphal Infancy Gospel of James (140-170AD) for much of its content. Finally, the text venerates Mary in a manner similar to other late documents that portray her as a perpetual virgin. The History of Joseph the Carpenter is a late, unreliable Egyptian document.

How Does It Corroborate the Life of Jesus?
The document acknowledges much of the factual information from the canonical Gospels and assumes the validity of these Gospels from the outset. Jesus is described as “Jesus of Nazareth” the “Lord Jesus Christ”, “Saviour”, “Master”, “God”, “Christ” and “Son of God”. He is depicted as teaching on the Mount of Olives prior to His crucifixion and He mentions the crucifixion and resurrection specifically. He is described as having to “die for the Salvation of Adam and his posterity” and He commissions the apostles to declare the Gospel to the world. In turn, these apostles are said to be empowered by the Holy Spirit to accomplish the task. The narrative of Jesus’ nativity is then repeated in a manner befitting to the canonical Gospels. Mary is described as a young virgin at the time of the conception of Jesus and this conception is described as a “a mystery which transcends the grasp of created reason… which no creature can penetrate or understand, except myself, and my Father and the Holy Spirit, constituting one essence with myself.” The canonical claims are repeated here related to the visitation of the angel to Joseph, proclaiming the conception of Jesus and the need to flee to Egypt. Herod is also identified, and John the Baptist’s martyrdom is mentioned. Jesus’ young life is also described briefly, and Jesus is described as obedient to His parents.

Where (and Why) Does It Differ from the Reliable Accounts?
Like many other late, apocryphal documents, Mary is venerated far beyond the level of adoration she receives in the canonical Gospels. The History of Joseph the Carpenter describes Mary as a holy, perpetual virgin, set aside from birth and consecrated for her eventual purpose. In order to maintain her virginity, the text describes Joseph as a widower who, at the age of 90, loses his first wife. He already had four sons and two daughters (Judas, Justus, James, Simon, Assia and Lydia) when Mary was entrusted to his care by her parents (Mary was reportedly only 12 years old at the time). The text then describes the virgin conception occurring when Mary is 14 years of age. Much of the text is focused on Joseph’s death, reportedly occurring when Joseph was 111 years old.