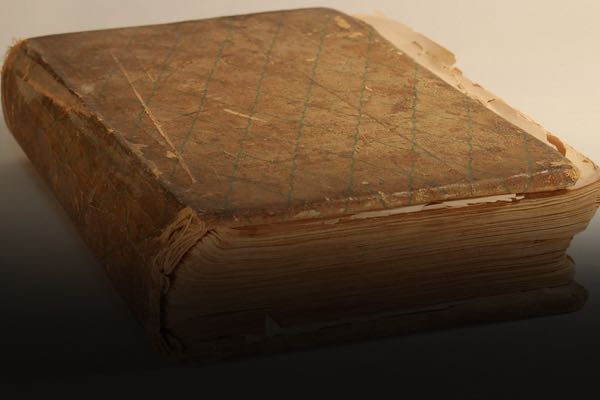 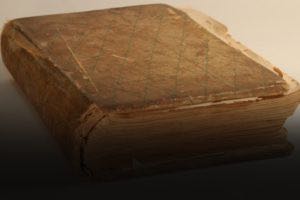 The New Testament describes the Apostle Matthias as the man who joined the remaining eleven apostles and replaced Judas after Judas committed suicide. In Acts 1:21-22, Matthias is described as “one of the men who have accompanied (the disciples) during all the time that the Lord Jesus went in and out among (them), beginning from the baptism of John until the day when he was taken up from (them).” If this is true, Matthias would have been an eyewitness to the life, ministry, death and resurrection of Jesus. History records at least one ancient text attributed to Matthias, but is this non-biblical text reliable? Was it really written by Matthias? There are four attributes of reliable eyewitness testimony, and the first requirement is simply that the account be old enough to actually be written by someone who was present to see what he or she reports. The ancient texts attributed to Matthias were written too late in history to have been written by the man we know as Matthias, and like other late non-canonical texts, these errant document were rejected by the leaders in the early Church. In spite of this, the manuscripts we are about to examine still contain small nuggets of truth related to Jesus.  Although they are legendary fabrications written by authors who altered the story of Jesus to suit the purposes of their religious communities, much can still be learned about the historic Jesus from these late texts:

The Traditions of Matthias (110-160AD)
The Traditions of Matthias is described by Clement of Alexandria in a letter (Miscellanies written in 210AD) and many scholars suspect that it is the same text known as the Gospel of Matthias and mentioned by Origen, Eusebius, Ambrose, and Jerome. While the manuscript is lost, there are still three small quotes from Clement’s letter that are available to us. The text may have contained a narrative of Jesus’ life along with teachings, but it is difficult to know from what little we have today.

Why Isn’t It Considered Reliable?
Scholars believe that The Traditions of Matthias was written far too late to have been penned by the Matthias mentioned in the Book of Acts. From the few passages available to us in Clement’s letter, it is apparent that it was used by Gnostic believers such as the Basilideans. According to Hippolytus, the leader of the group, Basilides, learned “secret words” from Matthias that had supposedly been passed down to him from Jesus himself. This is consistent with how early Church leaders described The Gospel of Matthias. Eusebius lists The Gospel of Matthias with the Gospels of Thomas and Peter as heretical works known to the early Church. The Gospel of Matthias is also listed as heretical in the Decretum Gelasianum, the Catalogue of the Sixty Canonical Books, and in a list of false books that were used by Nazarene Christians.

How Does It Corroborate the Life of Jesus?
With so little available to us, it is difficult to draw firm conclusions, but the quotes do seem to affirm that Jesus was a wise teacher known commonly as the “Word”, “Lord” and “Savior”, who selected (found) those who were previously lost from God and taught a moral code of conduct that his disciples sought to embrace.

Where (and Why) Does It Differ from the Reliable Accounts?
The author of Matthias (presumably the Apostle Matthew), describes a moral ethic that considers the world to be evil, sinful and filled with pleasures of the flesh that are to be rejected. The text also appears to place an extraordinary high value on the acquisition of knowledge as way to “increase the soul”. This is to be expected if, in fact, this text is a late creation of a Gnostic sect. Clement affirms this in describing its use by Marcion, Valentinus and Basilides.

Why Isn’t It Considered Reliable?
The Book of Thomas the Contender is typically dated by scholars to the early 3rd century, placing it far too late in history to have been written by anyone who knew Jesus, witnessed His ministry, or was privy to any conversation between Jesus and one of his disciples. The text is clearly Gnostic in content and fits well within the tradition of other heretical, Gnostic texts related to Thomas (such as The Acts of Thomas, written around 225AD). The Gospel of Thomas was sometimes connected by critics to The Gospel of Matthias, making the possibility that The Book of Thomas the Contender is actually Matthias’ Gospel all the more reasonable. If this is the case, this text was well known by early Christian leaders who condemned the Gospel of Matthias as heretical. As cited earlier, Eusebius, Origen, Jerome, Ambrose and Pope Gelasius all considered The Gospel of Matthias to be apocryphal and unreliable. In any case, The Book of Thomas the Contender is still considered a late, heretical, Gnostic text that does not represent an eyewitness account.

How Does It Corroborate the Life of Jesus?
Jesus is identified and acknowledged as “the Savior” and “the lord” in The Book of Thomas the Contender. He is clearly described as a wise teacher with many disciples (Thomas and Mathaias are named specifically). The text also describes Jesus’ command that his disciples must preach to those who have not heard the truth, and the Book of Thomas the Contender also contains a list of “woes” and “blesseds” that are remotely similar to those described in the Gospel of Luke and the Gospel of Matthew.

Where (and Why) Does It Differ from the Reliable Accounts?
The Book of Thomas the Contender describes Jesus as a source of Gnostic wisdom rather than a Savior who will die on the cross to pay the penalty for sin. In fact, the cross is completely missing from the text. Instead, this Gnostic document describes Jesus as a mystical teacher who is passing his secret, esoteric knowledge on to Thomas. Like other Gnostic texts, The Book of Thomas the Contender treats matter (and the material body) with disdain, as Jesus tells Thomas to resist the pleasures of the flesh. The body is seen simply as a prison for the spirit, and this spirit can only be released through the understanding of secret knowledge.

These ancient non-canonical texts (although attributed to Matthias, the disciple of Jesus) are late, fictional narratives. When examined under the criteria we use to determine eyewitness reliability, they fail the test. The four canonical Gospels (Mark, Matthew, Luke and John) are still the earliest reliable record of Jesus, written within the lifetimes of the eyewitnesses who knew Jesus personally.