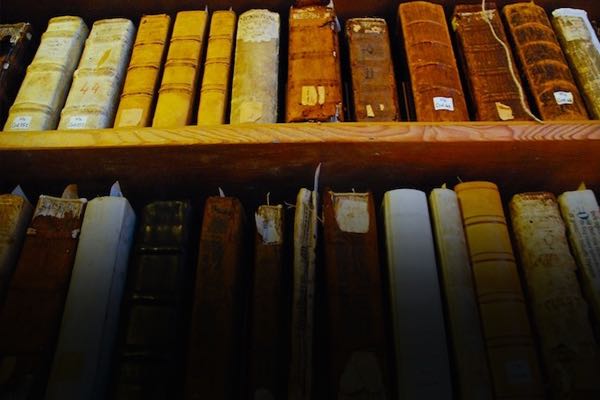 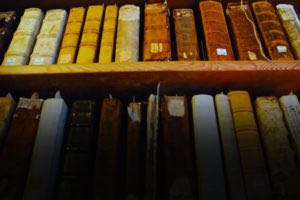 The Gospel of Nicodemus is an ancient text purportedly written by the man who visited Jesus in the Gospel of John. But is this non-biblical text reliable? Was it really written by Nicodemus? There are four attributes of reliable eyewitness testimony, and the first requirement is simply that the account be old enough to actually be written by someone who was present to see what he or she reported. The Gospel of Nicodemus was written too late in history to have been written by the Jewish man who visited Jesus, and like other late non-canonical texts, this errant document was rejected by the early Church. In spite of this, The Gospel of Nicodemus still references accurate details related to Jesus.  Although it is a legendary fabrication written by an author who altered the story of Jesus to suit the purposes of his religious community, much can still be learned about the historic Jesus from this late text:

Why Isn’t It Considered Reliable?
There appear to have been many documents related to Pontius Pilate in antiquity and some of these are mentioned by the Church Fathers. Justin Martyr (103-165AD), for example, mentions an Acts of Pilate in his first Apology, claiming that information about the crucifixion and resurrection could be substantiated by some sort of report made by Pilate to his supervisors. Tertullian seems also to refer to such a work in a letter defending Christianity to African authorities in approximately 195AD. This document appears to have been lost in antiquity. In addition to these texts recording the supposed activity of Pontius Pilate, there also appears to have existed a hostile pagan version of the Acts of Pilate as described by Eusebius. This hostile Roman account (written around 311AD) was being used in schools under Emperor Maximinus and was disparaging of Christianity, containing a number of outrageous claims related to Jesus. Many scholars believe that the Acts of Pilate we presently have as part of The Gospel of Nicodemus was originally written in response to the hostile “heathen” account described by Eusebius, and, for this reason, scholars date the text very late in history. The first Church leader to mention this version of The Acts of Pilate was Epiphanius in approximately 376AD. It was clearly not written by Nicodemus, Pilate or anyone else who could have witnessed the contents of the book.

How Does It Corroborate the Life of Jesus?
This late piece of fiction is relatively orthodox in its presentation of the life of Jesus and presumes the truth of the canonical Gospels (it simply adds detail and narrative addressing the curiosities of those who were interested in the Passion and the fate of Pilate). Jesus is identified as the “Son of God”, the “Lord Jesus Christ” and the “Christ”. Jesus is described as having disciples (twelve of whom testify for him). The virgin conception of Jesus is affirmed as are the accusations from the Jews about His illegitimacy. The canonical details of the trial, crucifixion and resurrection of Jesus are acknowledged throughout the text. The characters from the narrative (Pilate, Herod, Annas, Caiaphas and Joseph of Arimathea) are named accurately. Pilate is reluctant to carry out the wishes of the Jews, Jesus is accused of healing on the Sabbath and claiming to be God, Pilate conducts his famous interrogation of Jesus and ultimately washes his hands of the matter just as described in the canonical Gospels. Pilate’s wife warns him on the basis of her dream, but Jesus is ultimately beaten, forced to wear the crown of thorns and then crucified between two criminals; He is pierced in the side and given vinegar to drink with gall. The darkness at the death of Jesus is described as an eclipse. The text also acknowledges that Joseph of Arimathea acquires the body of Jesus and places Him in the tomb. The tomb is sealed but Jesus is resurrected as the canonical Gospels maintain.

Where (and Why) Does It Differ from the Reliable Accounts?
The Gospel of Nicodemus was written to provide desired details related to the Passion narrative and the destiny of Pilate and Nicodemus, and to encourage the faith of believers within the Church. As a result, the enemies of Jesus and those who opposed Him in life are described as placing their trust in Him after the resurrection occurs and Jesus validates his claims to deity. The resurrected Christ is described as having visited Joseph of Arimathea and all of the disciples. Additional witnesses are described as having seen the resurrected Jesus and His ascension. Even after they are questioned by the Jewish authorities, these witnesses maintain their account and (according to this text) convince even Annas, Caiaphas and Pilate of the truth of the resurrection. While the claims of The Gospel of Nicodemus and The Acts of Pilate reflect the most optimistic possible outcome for those who opposed Jesus and were clearly designed to encourage believers, they are without historical or Biblical confirmation.