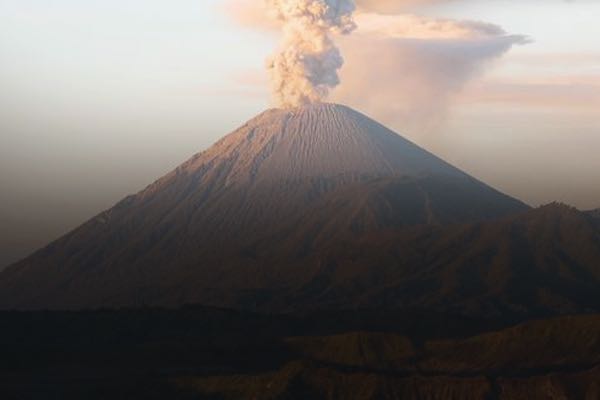 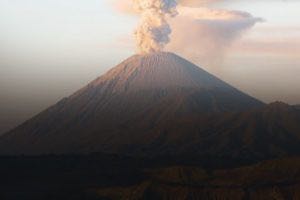 Hurricanes every hurricane season. Massive earthquakes in Mexico and elsewhere. Volcanoes in several locations around the globe. Record-setting fires across the country. How could an all-loving, all-powerful God allow natural disasters such as these to destroy the lives of His children?

John Stonestreet, my colleague at the Colson Center for Christian Worldview, recently addressed this important question in a BreakPoint Radio broadcast. While it’s difficult for finite humans to understand the infinite mind and purposes of God, there are a few important truths to consider as we ponder these natural disasters:

Some ‘Natural Evil’ May Be a Necessary Means
God may allow and tolerate some of these events to occur because it is the necessary consequence of a free natural process that allows creatures (such as humans) to make free choices. Scientist-theologian John Polkinghorne suggests that God has created a universe governed by natural laws such that life on earth is possible and humans can experience free will. For example, the same weather systems that create deadly tornadoes also create thunderstorms that provide our environment with the water needed for human existence. The same plate tectonics that kill humans (in earthquakes) are necessary for the regulation of soils and surface temperatures needed for human existence.

Some ‘Natural Evil’ May Be a Necessary Consequence
God may also allow and tolerate some natural evil because it is the necessary consequence of human free agency. Humans often rebuild along earthquake fault lines and known hurricane pathways, and they frequently cut corners on building guidelines to save money. Much of this activity results in the catastrophic loss that we see in times of “natural” disaster. There are times when “natural” evil is either caused or aggravated by free human choices.

Some ‘Natural Evil’ May Be a Necessary Encouragement
God may allow some natural evil because it challenges people to think about God for the first time. For many people, the first prayers or thoughts of God came as the result of some tragedy. When our present, temporal lives are in jeopardy or in question, we often find ourselves thinking about the possibility of a future, eternal life. If Christianity is true, and we are more than temporal creatures, God may use the temporary suffering of this life to focus our thoughts and desires on eternity, where God “will wipe away every tear from [our] eyes; and there will no longer be any death; there will no longer be any mourning, or crying, or pain . . .” because “the first things have passed away” (Revelation 21:4).

Some ‘Natural Evil’ May Be a Necessary Motivation
God may permit some natural evil because it provides humans with the motivation and opportunity to develop godly character. A world such as this requires human beings to cooperate and peacefully co-exist in order to successfully respond to its challenges. The best in humanity often emerges as people respond in love and compassion to natural disasters. It’s in the context of these disasters that moral character has the opportunity to form and develop. Good character (acts of love, compassion and cooperation) must be freely chosen. God has provided us with a world that provokes us to improve our situation, care for those who are in need, and become better human beings in the process.

But there’s an even more important truth to be considered as we ask where God is in such situations (as I recently wrote in a Christian Post article):

All Natural ‘Evil’ Necessitates the Existence of God
The painful consequence of a deadly storm is objectively evil. It’s not a matter of personal or cultural opinion, and it’s more than a convenient description. The existence of natural “evil” requires us to consider the existence of an overarching, transcendent standard of “good” by which we judge something to be “bad.” C. S. Lewis, the British novelist and Christian apologist, described in his book “Mere Christianity” how he posited evil as an argument against God until he realized that true evil required a true, objective standard of good:

If natural evil is simply a matter of personal or cultural opinion, we could eliminate it from the face of the earth by simply changing our minds. But changing your opinion about Harvey, Irma, or Maria won’t make them any less “evil.” When Lewis realized the connection between true evil and the necessity of a true standard of good, he began to turn a corner in his thinking:

“Of course I could have given up my idea of justice by saying it was nothing but a private idea of my own. But if I did that, then my argument against God collapsed too—for the argument depended on saying that the world was really unjust, not simply that it did not happen to please my private fancies.”

So, as we consider the devastation we have faced in the past few weeks and months, let’s remember that none of these events preclude the existence of God. In fact, Jesus understands our suffering better than anyone who ever lived. Unlike other theistic, religious systems, Christianity is grounded on the finished work of a suffering Savior who died on a cross and rose from the grave to show us that there is life beyond our pain, joy beyond our calamity, and hope beyond our worst moments. God still reigns, and he is present with us in our storms.

This article first appeared at Breakpoint.com

If God Exists, He Wouldn’t Be So Hidden (Video)

If God exists, why does He seem absent in difficult times? Why doesn’t He appear to us physically? Why is He so hidden? In...

Quick Shot Responses to “If God exists, he wouldn’t be so hidden” (Cold-Case Christianity S5E10)

In this episode of the Cold-Case Christianity Broadcast, J. Warner offers a number of brief, rhetorically powerful responses to the objection: “If God exists,...

Quick Shot: “If God exists, he wouldn’t be so hidden”