When Teens Wish They Could “Unpost” (Interview with Jonathan McKee)

J. Warner October 6, 2017 Culture, Writings, Youth Comments Off on When Teens Wish They Could “Unpost” (Interview with Jonathan McKee) 4,325 Views 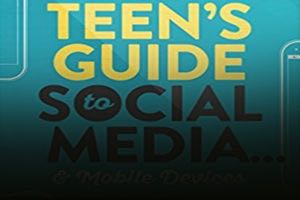 Have you ever regretted something you posted on social media? Don’t feel bad, 57% of Americans who use social media have posted something they regret afterwards. And that’s just adults. Now jump into the brain of a 10-year-old. Yes, a 10-year-old. Nielsen research labels age 10 the “mobile adoption sweet spot” because the average age a child receives a smartphone today is 10.3 years-old. How is a 10-year-old supposed to make wise decisions with social media like Snapchat, Instagram and Facebook? (especially when COPPA—Child Online Privacy Protection Act—regulates that you have to be at least 13 to be on Snapchat, Instagram or Facebook). Young people don’t think for more than 3 seconds before they hit SEND. Sadly, the pics they post, the rants they engage in… even the offhand comments they make… often have dire consequences. In law enforcement we deal with the fallout of these posts daily. If you’re familiar with our work here at ColdCaseChristianity.com, you know how important we think it is to equip and prepare the next generation of Christian Case Makers. Part of this mission is to help young Christians understand how to navigate social media and post wisely in an insecure world. To help do this, I thought I’d ask the guy who literally just wrote the book on it.

Jonathan McKee is the author of over 20 books including the brand new, The Teens Guide to Social Media and Mobile Devices: Wise Posting in an Insecure World. Jonathan speaks to parents and leaders across the country about today’s teens, and addresses the “smartphone generation” directly in school assemblies and events worldwide. Last week I had the opportunity to pick Jonathan’s brain about this important subject, and I think you’ll find the conversation eye-opening.

J. Warner:
Jonathan I see you as one of the foremost experts and important voices in youth ministry today. Were you seeing something in the lives of students that prompted you to write this book? Why, of all the topics you could (and have) written about, did you decide to write this book now?

Jonathan:
Great question, and the answer is because over three quarters of teenagers now have smartphone, yet very few people are engaging them in conversations about developing wise decision-making skills with this device. Most teens are learning lessons the hard way. They post a pic and regret it later. They use an app that brags “the pics disappear” and they interpret that as freedom from accountability. A screenshot later, they realize the post wasn’t as temporary as they thought it was.

It happens all the time. Boy asks girl to send a sexy pic. Girl sends pic. Girl and boy break up. Next thing you know, boy sends pic to the whole school with the caption, “What a whore!” Girl is devastated. Every high school has at least one story like this. Principals deal with this kind of drama continually. It’s why a whole generation of young people resonated with the Netflix Series, 13 Reasons Why. It mirrored much of what they saw in real life. If only parents were engaging their kids in conversations about these real-life situations.

J. Warner:
Parents aren’t engaging their kids in these conversations. Perhaps they feel ill equipped. Is that why you address parents specifically in the beginning of a book written to teenagers—an interesting approach, by the way—briefly giving advice to the “caring parent or adult” who bought this book for the teen they care about?

Jonathan:
Exactly. The book is for teenagers, but the publisher and I know that it’s typically Mom, Dad, or Grandma who buys the book for the teenager and says, “Here, you should read this!” In fact, I’ve already been hearing lots of parents call this book their new “phone contract” their kids have to read before they get a smartphone. But yes, I addressed parents quickly at the beginning to answer some of the daunting questions they have, like what age should my kids get a phone, or what parental controls should I use? So I answer those quickly, and then encourage them to use the book as a tool to engage their kids in conversation about this important subject. In other words, don’t just hand your kid this book, use the discussion questions at the end of each chapter to ask them, “What did you think about this Chapter on Snapchat?”

J. Warner:
Great chapter, by the way. So what do you think is the one most pressing risk you see for students and their use of social media?

Jonathan:
I’ll answer that by summarizing several chapters into one soundbyte: think before you press SEND. So much of where kids get into trouble is when they snap a pic, send a tweet or post a comment without giving it any thought whatsoever. Their pic gets circulated more than they thought, their tweet gets misinterpreted and their comment starts a fight. We need to teach our kids to pause before they post.

Jonathan:
Ha. Thank you. Parents need to help their kids consider the permanence of their posts (again with the alliteration). They need to begin to understand: nothing you post is temporary. So don’t post anything you don’t want your principal, Grandma, your future boss… and Jesus seeing (Jesus is on Instagram, you know).

J. Warner:
What would you say to parents who are concerned their kids are spending too much time on Social Media?

Jonathan:
Both bonding and boundaries are vital. So, if your kid is glued to their phone so much it is interfering with their sleep, their grades, and their relationships, Mom or Dad should respond in both areas. Parents can have the boundary of “no tech at the table,” and conversation tends to eventually emerge at family meals. At the same time, parents can engage their kids in conversation asking them questions about their own technology, not lecturing, but asking questions and listening. Maybe read a relevant article like this one, Half of Teens Feel Addicted to Their Phones, and ask:

How do you think this survey would have turned out if they asked young people this question at your school?

What would you have answered?

What is a sign of being addicted to your phone?

What is a good way to make sure your phone doesn’t hinder your relationships?

Teens don’t want to be lectured. So, offer them information and ask their opinion. Become good at spotting relevant articles and asking, “Do you think this is right?” Don’t tell them the answer, lead them to the answer.

J. Warner:
How do you see the use of social media shaping the culture in the years to come, and what advice do you have for Christian kids to make the best use of these platforms?

Jonathan:
I think our world is still figuring out the ramifications of what they created. It’s like seatbelts. Cars were invented in the early 1900s. It wasn’t until January 1, 1968 that car companies were required by law to provide seatbelts in all seating positions. Then it wasn’t until 1983 that laws kicked in to require people to actually wear them. That’s decades upon decades!

Consider the history of the Smartphone. In the early 2000’s very few people had Smartphones. Then Jobs announced the first iPhone in 2007. American didn’t even cross the 50% mark for Smartphone ownership until 2012. When it comes to young people carrying around everything at their fingertips… we’re talking about something most young people have experienced less than five years. I think in the next decade our world is going to experience some life-changing consequences that will result in some severe adjustments. Hopefully we will adapt and become smarter than our smartphone. As for Christians, the main lesson we need to learn is the lesson of loving others. We need to learn that the smartphone is a great tool for connecting with people outside the room… when it doesn’t interfere with the relationships of people inside the room.

Jesus was a man who noticed the unnoticed. When he was walking through a crowd of people he noticed the slightest touch from a woman who just barely brushed his garment. He stopped and said, “Who touched me?” And everyone thought he was crazy. But he persisted. “Who touched me?” And he gave attention to a woman that everyone else was ignoring. He did the same to a swindler named Zacchaeus and a promiscuous woman sitting at the well. Jesus didn’t ignore the least of the people in the room. Hopefully Christians will learn to put their phones in their pocket and follow that lead.

Few people have more experience with young Christians than Jonathan McKee. You can get a weekly dose of Jonathan on his blog, and read more from him about teens, parenting and youth ministry in his numerous helpful books available on Amazon.com and a bookstore near you.