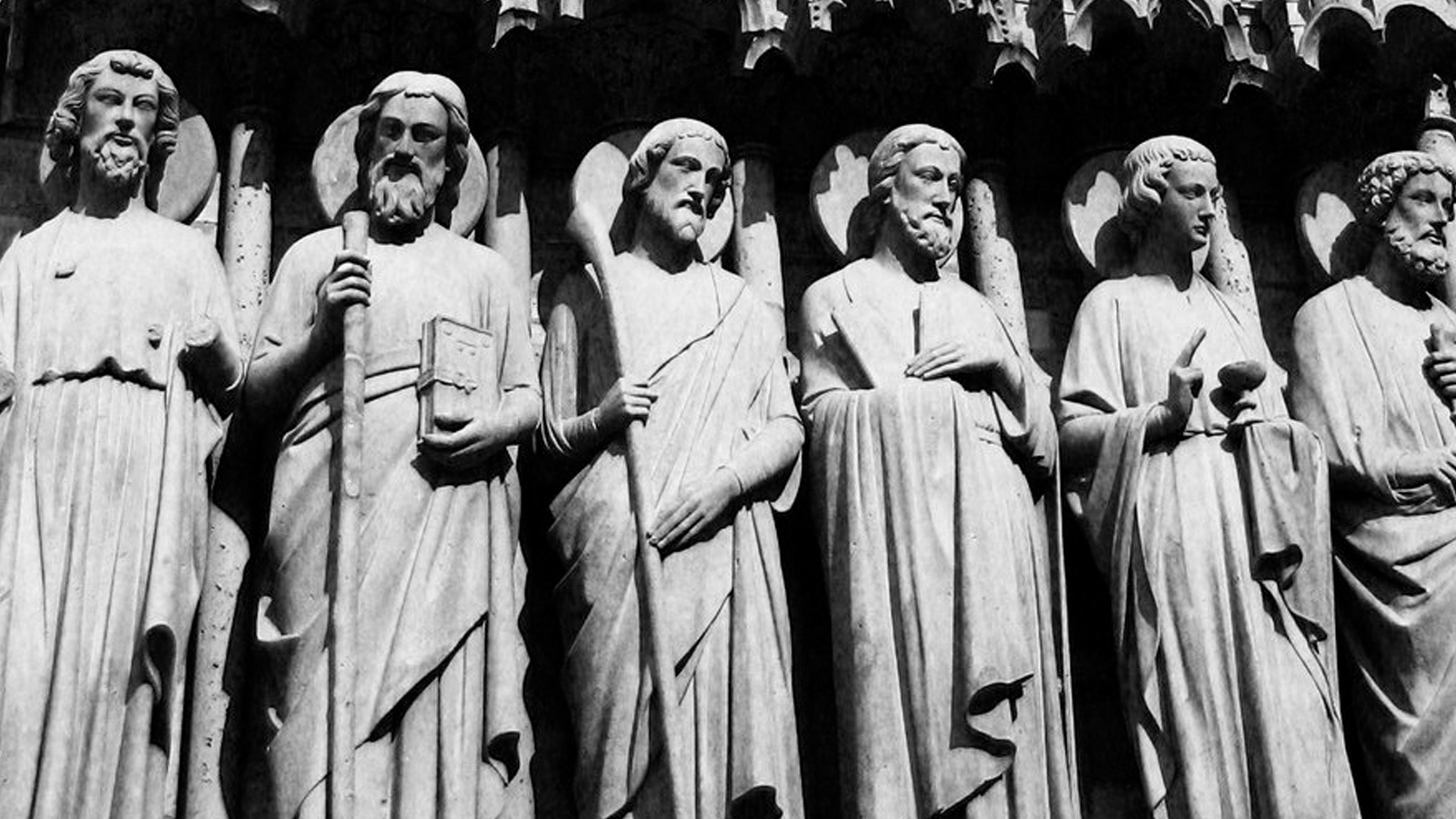 Each year I have the great honor of speaking at Southern Evangelist Seminary’s National Apologetics Conference. A few years ago, the highlight of my time there (aside from hanging out with my dear friends, Frank and Stephanie Turek) was the panel discussion where I joined Gary Habermas, Ted Wright, Joseph Bergeron, and Bryant Wood to talk about the historicity and deity of Jesus. We discussed the transmission of the New Testament documents and the period of time prior to the creation of these documents. The Biblical eyewitnesses didn’t immediately write down their observations about Jesus. Following the resurrection, many years passed before the first Gospel was penned. In this “tunnel period” between the resurrection of Jesus and the authorship of the first Gospels, the eyewitnesses communicated their observations orally. What precisely were the disciples saying about Jesus prior to writing the Gospels? Were their oral statements consistent with the Gospel accounts? How can we determine what they said about Jesus? As it turns out, we have an evidential record of the earliest statements about Jesus. They’re embedded in the writings of the Apostle Paul.

Paul was converted to Christianity on the road to Damascus, where Jesus appeared to him and radically changed the course of Paul’s life. Formerly a devout Jew charged with identifying and destroying the fledgling Christians, Paul became a committed follower of Jesus and eventually penned more New Testament books than any other author. Most scholars think Jesus appeared to Paul within two to three years of Jesus’ resurrection and ascension (if, for sake of clarity, we date the resurrection of Jesus at 33AD, Paul would have been converted between 34-35AD). Paul ultimately traveled as a missionary and wrote about the historicity and deity of Jesus.

In his letter to the Corinthian church, Paul includes what most scholars believe to be one of the earliest Christian creeds. The vast majority of Biblical scholars accept both the Pauline authorship and early dating of 1 Corinthians (typically locating it’s origin in the mid 50’s). Paul says something important in this letter about the earliest claims related to Jesus:

1 Corinthians 15:3-7
Now I make known to you, brethren, the gospel which I preached to you, which also you received, in which also you stand, by which also you are saved, if you hold fast the word which I preached to you, unless you believed in vain. For I delivered to you as of first importance what I also received, that Christ died for our sins according to the Scriptures, and that He was buried, and that He was raised on the third day according to the Scriptures, and that He appeared to Cephas, then to the twelve. After that He appeared to more than five hundred brethren at one time, most of whom remain until now, but some have fallen asleep; then He appeared to James, then to all the apostles; and last of all, as to one untimely born, He appeared to me also.

Paul said he had already preached information about Jesus to the Corinthians; information he had first received from others. Paul’s words here echo the language used by ancient Rabbis to describe how they would carefully memorize and transmit formal teaching through oral statements. Paul included a short creedal statement related to the historicity and deity of Jesus (and demonstrated his reverence for this information, describing it as “of first importance”). Paul provided several important pieces of data in this creed:

Although Paul’s letter to the Corinthians is typically dated in the mid 50’s, he was referencing information he gave to the Corinthians prior to the writing of the letter. When did he first deliver this information to the brothers and sisters in Corinth? Most scholars prefer a dating of 51AD based on relevant descriptions in the Book of Acts and the historical dating related to Gallio (see Acts 18:12-17 for the relationship between Paul’s visit to Corinth and his appearance before Gallio). This means Paul communicated the data about Jesus within twenty years of the crucifixion. But when did Paul first receive this information about Jesus? To answer this question we have to examine another letter: Paul’s letter to the Galatians.

Galatians 1:15-19
But when God, who had set me apart even from my mother’s womb and called me through His grace, was pleased to reveal His Son in me so that I might preach Him among the Gentiles, I did not immediately consult with flesh and blood, nor did I go up to Jerusalem to those who were apostles before me; but I went away to Arabia, and returned once more to Damascus. Then three years later I went up to Jerusalem to become acquainted with Cephas, and stayed with him fifteen days. But I did not see any other of the apostles except James, the Lord’s brother.

Paul told the Galatians he met with Peter and James three years after his experience on the road to Damascus (where Jesus appeared to Paul). This wasn’t just a social visit. According to Paul’s choice of Greek words here (translated as “to become acquainted”), he met with James and Peter to make sense of his own experience by researching and investigating the claims of the eyewitnesses. This was an historical investigation; Paul was interviewing those who witnessed the life, teaching and miracles of Jesus, and apparently these eyewitnesses were in agreement about their observations and claims. As Paul began to work as a missionary, preaching about his experience and what he learned about Jesus from the eyewitnesses, his opportunities grew and he formed partnerships with other important first century missionaries and church leaders. Paul returned to Jerusalem with Barnabas and Timothy “after fourteen years”:

Galatians 2:1-2
Then after an interval of fourteen years I went up again to Jerusalem with Barnabas, taking Titus along also. It was because of a revelation that I went up; and I submitted to them the gospel which I preach among the Gentiles, but I did so in private to those who were of reputation, for fear that I might be running, or had run, in vain…

Scholars are divided on the precise dating of this second visit. Was it fourteen years after his experience on the Damascus road or fourteen years after his first visit with Peter and James? In either case, he now met with Peter, James and John and once again reiterated the data he learned from Peter and James to confirm he was still accurately representing their eyewitness observations. Once again the eyewitnesses affirmed the accuracy of the data; John was also present to add his eyewitness authority to the account.

Given the evidence of 1 Corinthians, Galatians and the Book of Acts, we can reconstruct the first appearance of the creedal information found in 1 Corinthians 15 (once again I will use the date of 33AD for the resurrection and ascension of Jesus for the sake of clarity):

33AD – Jesus was resurrected from the grave and ascended to heaven

37-38AD – Paul received the data about the historicity and deity of Jesus from Peter and James while visiting them in Jerusalem (two to three years after his conversion, depending how you interpret the words, “three years later”)