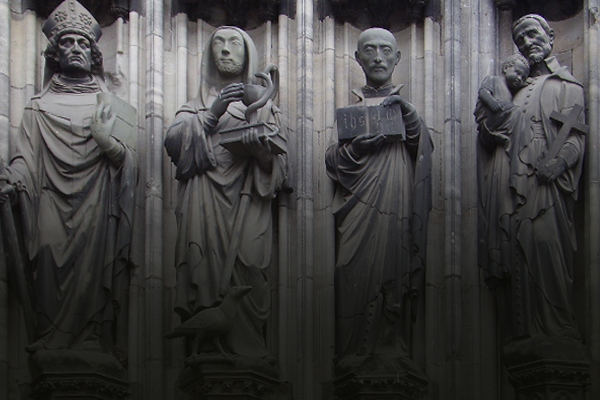 What would we know about Jesus if we lost every Biblical manuscript on the planet? Could we have any certainty Jesus actually lived, and would we be able to re-capture any of the details of his life or nature? As it turns out, there are several ancient sources of information about Jesus. Some of these are from pagan, non-Christian authors (I’ve written about these sources here at Cold-Case Christianity). But there are even more compelling early non-Biblical accounts we can reference in an effort to understand who Jesus is (and was). We can still read the accounts of those early Christians who learned directly from the Biblical authors. Ignatius and Polycarp were direct students of the Apostle John; Clement was a direct student of the Apostle Paul. These students later became leaders in the early Christian Church and wrote their own letters to local congregations. Seven letters from Ignatius still survive, along with one letter from Polycarp and Clement. These are the earliest non-Biblical accounts we have describing the life and nature of Jesus. They are not in your Bible, but the information provided by these students of the Biblical authors is compelling. It provides us with the earliest snapshot of Jesus, and demonstrates the story of Jesus was not distorted or modified in the centuries between Jesus’ ministry and the first Church Councils. Here is a brief summary of what we can know about Jesus from the earliest Non-Biblical authors:

Jesus Was Born Miraculously
Ignatius said Jesus was (and is) the “Son of God.” He was conceived by the Holy Spirit and a star announced His birth. Jesus came forth from God the Father and was born of the Virgin Mary.

Jesus Had a Powerful Earthly Ministry
Ignatius said Jesus was baptized by John the Baptist. He was the “perfect” man and manifested the will and knowledge of God the Father. He taught and had a “ministry” on earth. He was the source of wisdom and taught many commandments, speaking the words of God. Ointment was poured on Jesus’s head. Polycarp also said Jesus was sinless. According to Polycarp, Jesus taught commandments and preached the Sermon on the Mount. Clement also said Jesus provided His disciples with important instruction. According to Clement, Jesus taught principles as described by Mark and Luke. He was humble and unassuming.

Jesus Demonstrated His Deity in the Resurrection
Ignatius said Jesus returned to God the Father. Jesus was (and is) the manifestation of God the Father and is united to Him. Jesus is our only Master and the Son of God. He is the “Door,” the “Bread of Life,” and the “Eternal Word.” Jesus is our High Priest, “Lord” and “God.” He is “our Savior” and the way to “true life.” Polycarp also said Jesus ascended to heaven and is seated at God’s right hand. According to Polycarp, all things are subject to Jesus and He will judge the living and the dead. Jesus is our “Savior” and “Lord.” In addition, Clement said Jesus was resurrected from the dead and is alive and reigning with God. His resurrection makes our resurrection certain. According to Clement, Jesus is “Lord” and the Son of God. He possesses eternal glory and majesty. All creation belongs to Him. Jesus is our “refuge” and our “High Priest.” He is our “defender” and “helper.”

Jesus Has the Power to Save Us
Ignatius said Jesus now lives in us and we live forever as a result of our faith in Christ. He has the power to transform us and His sacrifice glorifies us. Faith in Christ’s work on the cross saves us, and this salvation and forgiveness are gifts of grace from God. Polycarp also said Jesus’ death on the cross and our faith in Jesus’s work on the cross saves us. According to Polycarp, we are saved by grace. In addition, Clement said we are saved by the “grace” of God through faith in Jesus.