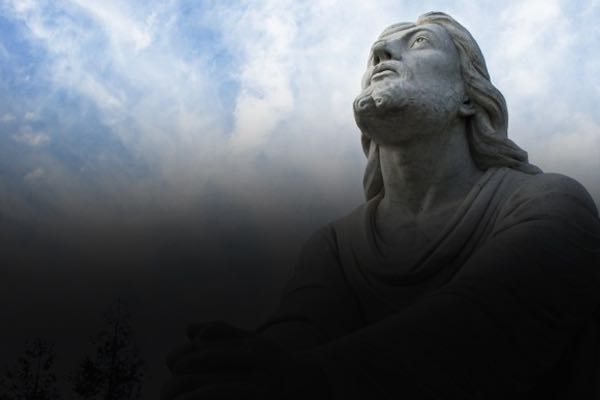 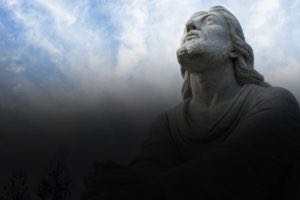 I must confess that I empathized with Joy Behar (co-host of ABC’s The View) when she recently expressed concern about a claim that Vice President (and Christian believer) Mike Pence has heard the voice of Jesus on occasion. I didn’t become a Christian until the age of thirty-five, and prior to that time, I also found it disturbing when Christians said, “God spoke to me last night,” or, “Jesus told me I should do this (or that).” Behar expressed a similar concern when she told her co-hosts, “It’s one thing to talk to Jesus. It’s another thing when Jesus talks to you. That’s called mental illness if I’m not correct. Hearing voices.” I can honestly remember saying something similar to a Christian co-worker back when I was a committed atheist. He claimed that God told him something, and I thought he was, well… crazy. But years later, after becoming a Christian myself, I began to understand exactly what believers mean when they use expressions like this, and it’s not necessarily what Joy Behar may think.

I pressed my Christian friend, all those years ago, and asked him if he actually heard the audible voice of God, and if God sounded like George Burns (the movie, Oh, God!, was my only point of reference prior to Morgan Freeman’s role in Bruce Almighty). My friend laughed and explained that the expression, “God spoke to me,” didn’t necessarily mean that God spoke audibly. Christians, he said, believe the Bible is the “word of God,” and by reading it, gain access to the mind of God. As I began to study the New Testament a few years later, I discovered this truth for myself. If the Bible is, indeed, “breathed out by God” (2 Timothy 3:16), and “the word of God is living and active” (Hebrews 4:12), there might be many ways someone could legitimately say, “God spoke to me.” Here, for example, are four:

“God spoke to me through scripture”
The Bible is more than an ancient record of historical events and theological truths, its also a wise and time-tested guidebook, filled with insight and advice. Believers have been reading the Bible to glean Divine wisdom for thousands of years. When a Christian says, “God spoke to me today,” they may simply mean that God’s word, the Bible, provided them with the direction they needed.

“God spoke to me through a sage advisor”
As a new Christian, I was grateful to find more mature Christians who had been studying God’s word for many years. They had already learned how to “think Christianly,” and became a source of Divine guidance. They helped me understand, interpret and embody the words of Scripture as they relayed what they had learned. When a Christian says, “God spoke to me today,” they may simply mean that one of God’s children provided them with Biblical wisdom from what they understood by reading the word of God.

“God spoke to me through my situation”
There are times when I recognize a Biblical truth only after experiencing a pleasurable or difficult circumstance. C. S. Lewis said it best in The Problem of Pain, when he wrote, “God whispers to us in our pleasures, speaks in our conscience, but shouts in our pains: it is His megaphone to rouse a deaf world.” When a Christian says, “God spoke to me today,” they may simply mean that their situation brought God’s word to mind and His wisdom to life.

“God spoke to me through a supernatural interaction”
Of course, there may, in fact, be times when God does something God certainly has the power to do: speak audibly to his children. As a non-believer, I rejected this notion altogether, but if we have good reasons to believe that a supernatural God exists, then it’s equally reasonable to believe such a God may act… supernaturally. Because such supernatural interaction would be, by definition, unusual, I wouldn’t expect to hear audibly from God on a continuous basis. But, when a Christian says, “God spoke to me today,” they may simply mean that God spoke to them today. God can certainly speak to me in an audible way if He chooses, but He also speaks to me daily through Scripture, sage advisors and the everyday situations of my life. Click To Tweet

As a skeptic (and a detective), I investigated the case for God’s existence, the reliability of the Bible and the Resurrection of Jesus, and I eventually concluded the truth of Christianity was the most reasonable inference from the evidence. After becoming a Christian, I came to understand what the writer of Hebrews meant when he wrote:

“Long ago, at many times and in many ways, God spoke to our fathers by the prophets, but in these last days he has spoken to us by his Son…” (Hebrews 1:1-2)

As a Christian, I’ve also heard God (and Jesus) speak to me, just like many other believers. But it hasn’t always happened in the way Joy Behar assumed; God can certainly speak to me in an audible way if He chooses, but He also speaks to me daily through Scripture, sage advisors and the everyday situations of my life. That’s what most Christians probably mean when they say, “God (or Jesus) Spoke to Me.”