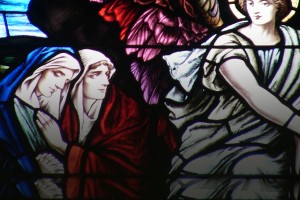 As a detective, I am impressed with cases when they are evidentially diverse. Two witnesses to the same event are better than one. In a similar way, three witnesses are better than two, especially if they agree on their observations in spite of their individual peculiarities or differences. When I have multiple witnesses from diverse ethnic, social, economic or demographic backgrounds and these witnesses generally agree on what they say occurred, I reasonably adopt a higher level of confidence in their testimony.

That’s why the diverse accounts related to the Resurrection of Jesus are particularly important in assessing the validity of these claims. Take a look at a brief list of the Resurrection sightings:

The diverse accounts related to the Resurrection of Jesus are particularly important in assessing the validity of these claims. Click To Tweet

If you examine these accounts closely, you’ll be impressed by the diversity of the claims:

Jesus Appeared to Groups of Diverse Size
Jesus appeared after the Resurrection to single eyewitnesses, to small groups and to huge crowds.

Jesus Appeared at Diverse Locations and Times
Jesus appeared in enclosed rooms and open areas; in the region of Jerusalem, Galilee and well beyond. He appeared at night and at various times of the day.

Jesus Appeared to People of Diverse Status
Jesus appeared to people he knew well and to people he didn’t know well at all. He appeared to those in His inner circle, to those less connected and to complete strangers (Paul). Some were devout followers, some were more skeptical (James) and some were in complete denial (Paul). These witnesses were from nearly every social / economic group.

Jesus Appeared for Diverse Purposes
Jesus appeared for a variety of purposes. To many He simply wanted to demonstrate His Deity and Resurrection power. With others He ate a meal or had an important conversation. He appeared to Peter to comfort and challenge him and to Paul to call him away from his murderous mission.

Jesus Appeared for Diverse Periods of Time
Jesus appeared and stayed with the eyewitnesses for different lengths of time. Some of his appearances were little more than a few minutes, others for hours. He stayed with the believers in Jerusalem for forty days.

Jesus’ Appearances Were Recorded By Diverse Authors
Jesus’ Resurrection appearances were recorded by people from a variety of backgrounds. Two were direct eyewitnesses, two were close associates of the eyewitnesses. Some were better educated than others. One was a doctor, one a tax collector, one a fisherman.

The diversity of the Resurrection appearances ought to give us confidence in their reliability. Click To Tweet

The diversity of the Resurrection appearances ought to give us confidence in their reliability. The Resurrection is not a work of fiction written by a single author or observed by a single witness in a single location at a single time of day or night. Instead, the appearances were recorded by a variety of authors and occurred in front of a diverse set of eyewitnesses in assorted locations and times. The expansive and differing aspects of these sightings ought to give us increased confidence in the authenticity and reliability of the accounts. This list of appearances and evidential properties is available as a free downloadable Bible Insert. You can download it, along with all our free Bible Inserts, from the link in the right toolbar on the homepage at ColdCaseChrstiainity.com.