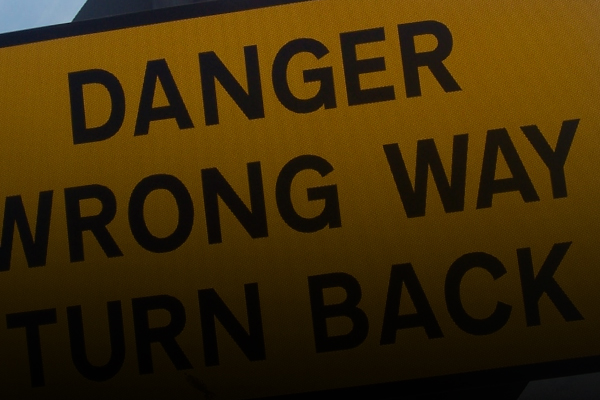 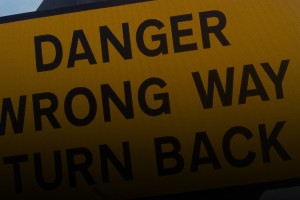 I’ve met my share of “wise guys”. If you’re also a detective or police officer, I bet you’ve met a few as well. From a law enforcement perspective, nobody wants to be called a “wise guy”; it’s a title we typically think of in a negative way (especially when considered in the context of organized crime). “Wise guys” are usually up to no good, and police officers often have to put these kinds of folks in jail for one reason or another. But it’s one thing to be a “wise guy” and another to be a wise guy. As an atheist, I was a fan of wisdom, and I often read the writings of wise teachers to gain their insight and knowledge. I was also happy to learn from ancient wise teachers. Few of us would deny the wisdom of Buddha, Confucius or Aristotle for example. At the age of thirty-five, I attended a church with my wife. I attended as an atheist, and was more than happy to do this once in a while, even though I had no interest in Christians or Christianity. The pastor was a gifted speaker who described Jesus as a wise, ancient sage who taught revolutionary principles with application to anyone living in history. In fact, this pastor described Jesus as the wisest man who ever lived. While I was not interested in Jesus as God, I was willing to engage his teaching as an ancient sage. After all, our culture is built largely on the principles espoused by Jesus, and I was a detective who regularly enforced the laws and moral standards of our culture. I decided to read Jesus and consider His words alone. I rejected the miraculous elements in the Gospels, and focused instead on Jesus’ moral teaching. There’s a danger, however, in approaching Jesus in this way. Jesus taught many important moral principles, but He also taught a dangerous claim: He said He was God.

Jesus began many of his “lectures”, sermons and “teachings” in a peculiar way, revealing Jesus’ beliefs about Himself. Jesus often prefaced His teaching in a way separating Him from other prophets or important religious leaders. When Old Testament prophets made a proclamation, they would typically begin by saying, “Thus saith the Lord” or “the word of the Lord came to me” (from the King James Version) or, “This is what the Lord says” (in modern translations). They did this because they were speaking for God, not as God. But this is never how Jesus spoke when making similar proclamations. Jesus never started His teaching with this kind of divine qualification. Jesus typically began his proclamations with expressions such as, “verily, verily, I say to you…” (from the King James Bible), or, “I tell you the truth…” (in modern translations). This repeated preface, as it is used by Jesus, is very different than the prefaces used by the Old Testament prophets. The prophets spoke for God, But Jesus clearly spoke as God. He felt no need to qualify His words and tell people they had the authority of God (as did the Old Testament prophets). Instead, Jesus assumed this authority as God and spoke in the first person using “I” as the only description for the source of this wisdom.

Jesus also taught as though He was more than human. When asked about His place of origin, Jesus repeatedly identified it as the same “place” where God the Father abides (John 8:23-24, John 18:36-37). Jesus told His listeners He was not of human origin and He and God the Father came from the same spiritual Kingdom. In addition, Jesus considered Himself to be equal to God and of one essence with God. In Matthew 13:41, for example, Jesus said that both the angels and the Kingdom of God were His. Jesus also made a number of comments about His relationship with God the Father in which He clearly considered Himself equal in essence with God (see John 14:6-9 and John 14:23). When speaking to non-believers, Jesus said His miracles alone should have been enough to demonstrate His Deity. These miracles were proof He was, in fact, God (see John 10:25-29 and the response of Jesus’ hearers in John 10:31-33). Many of Jesus’ wise statements (even His “circumstantial” statements) expose the fact He believed He was God.

In addition to these introductions and “circumstantial” statements, Jesus taught his Deity directly. When God first appeared to Moses in the burning bush, Moses was adept enough to ask God for His name. And God gave Moses an interesting reply:

Keep this in mind as you review Jesus’ words when the Pharisees were questioning His power, authority and teaching of Jesus:

Jesus claimed to be eternal (to have existed before Abraham), and He identified himself with the ancient title ascribed only to God Himself, “I AM”. The Pharisees knew exactly what Jesus meant by this. From their perspective, Jesus said specifically, “I am God”. They responded by attempting to stone Jesus for claiming to be God (an act of blasphemy they considered worthy of death):

When Jesus took on God’s holy title as his own, He was stating the modern equivalent of “I am God”. He did this repeatedly over the course of his ministry (see Mark 14:62, John 18:5-6, John 8:24 and John 8:28). If Jesus is truly a wise guy (especially a wise moral teacher), His claims of Deity are a dangerous problem. What kind of wise teacher teaches a lie? Click To Tweet

If Jesus is truly a wise guy (especially a wise moral teacher), His claims of Deity are a dangerous problem. What kind of wise teacher teaches a lie? Jesus’ clear and repeated statements related to His Deity place Him in a different category as an ancient sage. Unlike Buddha, Confucius or Aristotle, Jesus made a dangerous claim: He said He was God. If we are to accept Jesus as the wisest moral teacher who ever lived, His statements about Deity must be seen as equally wise. That’s the danger of Jesus as a wise guy.