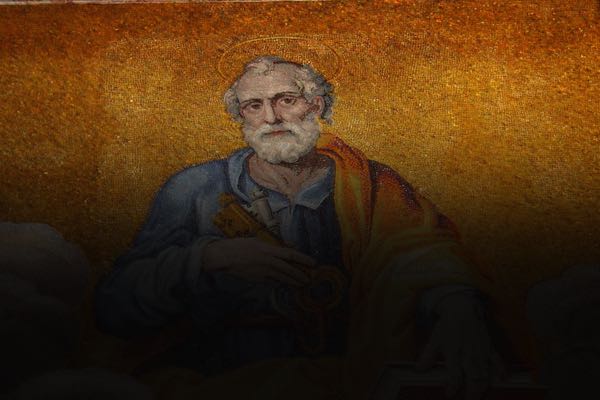 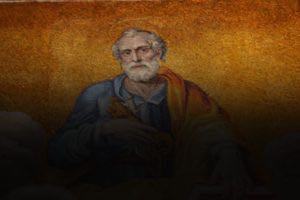 If you’re like me, you feel a sense of duty and responsibility as an ambassador of Jesus to share the Good News with others; the Great Commission calling to make disciples. At the same time, you may not feel like an accomplished or gifted evangelist. Don’t feel bad, it’s a common sentiment. Peter’s admonition has comforted and guided me over the years in my efforts to share the Gospel with others:

1 Peter 3:15
But in your hearts set apart Christ as Lord. Always be prepared to give an answer to everyone who asks you to give the reason for the hope that you have. But do this with gentleness and respect, keeping a clear conscience, so that those who speak maliciously against your good behavior in Christ may be ashamed of their slander.

Peter is talking to all of us who call ourselves Christians. We have an explicit and specific responsibility. While not every Christian may be a gifted or called evangelist, all of us have a responsibility to become competent Christian Case Makers. But, Peter does more than call us to duty; he also provides us with a strategy. Peter asks us to be “responsive” Christians. He calls us to always be ready to respond to those who have questions about what we believe.

When I talk with other Christians about this notion of becoming a “Responsive Christian”, they sometimes worry that I am suggesting a fragile and meek form of Christianity that is timid and tentative; a form of the faith that is patiently waiting to respond, but afraid to make the first move. This is not what Peter is advocating. As a boy, I remember watching the fight between Muhammad Ali and George Foreman. I was a huge boxing fan at the time, and, like everyone else, I had been watching Foreman come up through the ranks, including his dismantling of Joe Frazier on his way to the fight with Ali. Foreman was a scary guy. He was a brutal puncher. He had a bad attitude. I was worried for Ali. In the first rounds of their fight, Foreman threw everything he had at Muhammad Ali. Hundreds of punches. Ali did something very unusual, however; he simply stayed on the ropes and let Foreman throw his punches. He took everything Foreman could offer for several rounds, until Foreman was exhausted. Then, Ali became the consummate counter puncher through the middle of the fight. In the late rounds of the fight, Ali eventually came off the ropes and became the aggressor, delivering a few concise, targeted punches that dropped an exhausted George Foreman to the canvas. Ali won one of the biggest fights of his life and Foreman was never the same. Ali learned the value of being a “Responsive Boxer”:

“Responsive Christians” live a life that causes people to ask questions
Every boxer knew who Muhammad Ali was. Ali placed himself in the center of the boxing world. As Christians, we need to recognize that all of us are being watched; all of us are causing others to ask questions. Think about that for a minute. People are watching us, and they are formulating silent questions about what they are seeing. I’m just hoping that they are not looking at my life and asking questions like, “Why is he such a hypocrite?” or “Why is he so arrogant?”; “Why is he so angry?”; “Why is he so unfriendly?” It’s my desire to live a life that causes a different set of questions. Questions like, “How is he able to handle hardship so well?” or “Why does he always seem to be at peace with his situation?”; “How is he able to stay so committed?”; “Why is he willing to sacrifice his time and money?” When we live a life that prompts the right kind of questions, God allows us the marvelous opportunity to answer these questions with the truth of the Gospel.

“Responsive Christians” go where people already have questions
Ali had to decide to get in the ring with Foreman; he had to decide to take the risk. As Christians, we sometimes need to decide to take a similar risk; we need to take advantage of the opportunities to “get in the ring” and to go where strangers are already waiting with questions. There are places where people are already asking the important questions of life. University campuses, religious centers, libraries, etc. This desire to “get in the ring” is the motivation behind my own personal efforts to talk to people on college campuses and in places like Salt Lake City and University of California at Berkeley. People here are already asking questions related to faith: “Is there a God?”; “Can naturalism explain our origin?”; “Why do Christians believe what they believe?”; “Why do Christians act the way they do?”. In these “question rich” environments, thoughtful Christians can help to provide some answers. My own personal desire to reach those with questions is also the motivating force behind ColdCaseChristianity.com. Around the world, thousands of Christians are now “entering the ring” with blogs and websites of their own.

“Responsive Christians” help people ask the right questions
Ali maneuvered Foreman so that Ali had the best chance of making an impact in the fight. As Christians, we’ve also got to learn to direct our conversations in such a way as to have the greatest impact. All of us are constantly involved in daily conversations and interactions with our friends, coworkers and family. These are great opportunities to share those areas of your life that may prompt people to ask, “Why?” We typically engage in conversations about the mundane aspects of our culture; we often avoid religious or political conversations. But by simply sharing the activities of our own lives, our efforts to serve those around us, our struggles that have been assisted by the hope we have in Christ and in the next life, we will create opportunities by ‘teasing’ out the questions all of us hold about life, death and purpose. We need to share honestly but strategically, and then be patient to wait for their questions. By doing this, we can actually guide the conversation into the places where we can have the most eternal impact.

“Responsive Christians” are prepared to answer people’s questions
When the opportunity presented itself, Ali made the most of it. As Christians, we will have similar opportunities. This is perhaps the most challenging aspect of our lives as “Responsive Christians”. We need to be prepared. It’s seems odd to me that we have no hesitancy about preparing for school tests, work assignments, or even our next vacation. Why don’t we, then, understand the importance of preparing for our next contact with a non-believer? It’s impossible for us to live as “Responsive Christians” if we aren’t even prepared with a response. Most of ColdCaseChristianity.com has been assembled to help you prepare yourself in the one area of Christian evangelism each and every one of us is called to embrace: Christian Case Making.