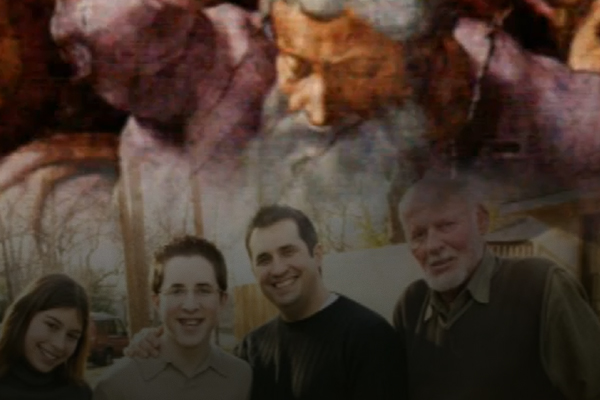 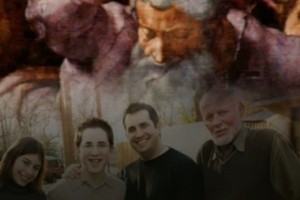 I’ve written about an object lesson I used with my father several years ago to describe why God’s existence is reasonable. I used this illustration while I was waiting with him at a waterpark (my kids were little in those days), and I was limited to what I had on hand: my wallet and a dollar bill. I began with an argument for theism, then moved toward an argument for personal theism. In the final step of my object lesson, I made an argument for Christian theism (you may want to visit the links to catch up with the first two steps). While these simple object lessons are obviously less than perfect, I do think they capture the essence of our arguments and they certainly started a conversation related to the existence and nature of God. Today, I’d like to share the final step in my object lesson as I made a case for the God of Christianity.

If there is a God who is all-powerful and personal, it certainly makes sense He might be concerned for the welfare of His personal creations. If He doesn’t care about us, why would he create us in the first place? If He had the choice not to create us (He could have decided otherwise), the fact He chose to create us should give us good reason to think He actually cares about us. Even the atheist has to explain why there is something here when there could easily be nothing. It is reasonable to infer a God who creates (when He doesn’t have to) would care about the condition of His creation. A God like this would want to guide His created beings toward true moral goodness, the kind of goodness that would reflect His own character. After all, a Being with this kind of incredible power (the power to decide to create the entire universe) would also have the power to eliminate imperfection, including moral imperfection. A God like this would be a perfect being. It makes sense that a personal creator God would want his personal creations to understand and strive for the very values that reflect His nature. Click To Tweet

It makes sense that a personal creator God would want his personal creations to understand and strive for the very values that reflect His nature. It’s reasonable to assume a personal God might present us with guidelines for living and then encourage us to live by these guidelines. And this is where we need to take some time to think about the nature of God. Let’s think about how God might reasonably expect us to live a truly moral life. Our human instinct is to create rules we can follow so we can measure our success and judge how close we are to being Godly, but does a system of rules actually create a Godly person?

Take a look at my wallet. It’s still on the ground from the last step in my object lesson. Imagine I have a really bad back and I’m unable to bend over to pick up the wallet. I might ask you to pick it up for me, and if you did, this generous action on your part might be viewed as a morally good act. I might then find myself wanting to reward you by giving you the dollar that started this whole conversation. But what if you knew in advance that I would give you the dollar as a reward if you would help me pick up the wallet? What if you only picked up the wallet because you wanted that dollar? Would your actions still be seen as morally good, or would your greedy motive ruin the nature of the action? If you and I are only being good so we can earn a prize, are we being truly good? If all my good actions were driven by my desire to get something in return, would we still call my actions good?

It seems to me rule-based and work-based religious systems don’t actually produce good people. They instead produce people who look good. True goodness is a heart condition. It’s a reflection of who we are when no one is looking. It’s a reflection of our desire to do what’s right, even when there is nothing in it for us. It’s one thing to experience joy or satisfaction for doing what you know you ought to do; it’s another thing to do something only because you are hoping to gain a prize. If we are only performing because we are hoping to get the reward of Salvation, we’re merely trying to serve ourselves by earning a prize. On the other hand, if our hearts are so changed we desire to behave morally even when the carrot of Salvation is not dangling in front of us, then we can say that we truly are good people.

If you are looking for a spiritual worldview in which truly good people are even possible, you are going to have to look for one that does not require good works. Now what religious worldview teaches Salvation is not the result of anything you can do, but is instead the result of something already done for you by God Himself? There is only one: it is called Christianity. The Christian worldview teaches Jesus came to pay the price for every less than perfect thing you ever did; every sin and crime you’ve ever committed. God doesn’t judge us based on any good deed we might do, because our good deeds aren’t all that impressive if you really think about it. Instead, God accepts us on the basis of who Jesus is and the price He paid for us, if we will only believe in Him and trust Him instead of ourselves. Good works are not required for Salvation, even though they are typically the result of our transformation. True moral goodness comes when we live and love in response to what has already been done for us, and not because we are hoping to win a prize. I believe that Christian theism is true because it best accounts for God’s desire to enable and encourage true moral behavior. The Christian Worldview best accounts for the reality we see in our universe and in our lives as moral beings. Click To Tweet