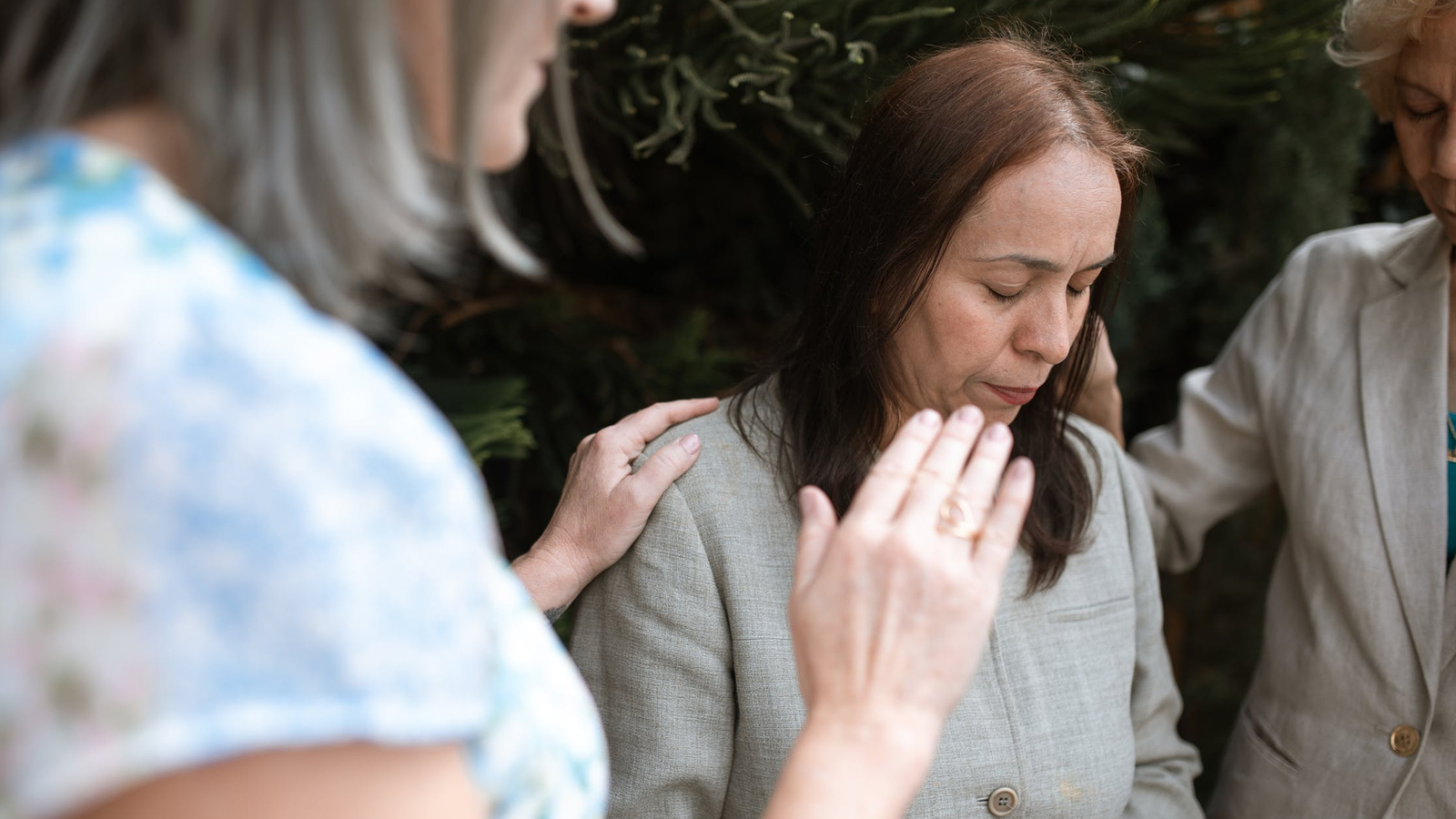 1. If I am to accept the teaching of the Jehovah’s Witness religion, I am first going to have to trust the source of this teaching. But how can I trust someone who claims to speak for God when they have been wrong about prior predictions?

There are a number of false predictions made either by Charles Russell, subsequent leaders of the church or the Watchtower Organization itself, including this limited sampling:

1886 The Millennial Reign Has Already Begun
“The outward evidences are that the marshalling of the hosts for the battle of the great day of God almighty, is in progress while the skirmishing is commencing.” (Watchtower reprints 1, page 817 January 1886)

1916 The Millennial Reign Began in 1873
“The Bible chronology herein presented shows that the six great 1000 year days beginning with Adam are ended, and that the great 7th Day, the 1000 years of Christ’s Reign, began in 1873.” (The Time Is at Hand, page ii)

1917 Armageddon Has Begun
“The present great war in Europe is the beginning of the Armageddon of the scriptures.” (Pastor Russell’s Sermons, 1917, page 676)

1918 The Saints Will Be Resurrected in 1925
“Therefore we may confidently expect that 1925 will mark the return of Abraham, Isaac, Jacob and the faithful prophets of old, particularly those named by the Apostle in Hebrews 11, to the condition of human perfection.” (Millions Now Living Will Never Die, page 89)

“1925 shall mark the resurrection of the faithful worthies…We are standing at the very portals of that blessed time!” (Millions Now Living Will Never Die, page 105)

1925 Jesus May Return in 1925
“The year 1925 is here. With great expectation Christians have looked forward to this year. Many have confidently expected that all members of the body of Christ will be changed to heavenly glory during this year. This may be accomplished. It may not be. In his own due time God will accomplish his purposes concerning his people. Christians should not be so deeply concerned about what may transpire this year.” (The Watchtower, January 1st, 1925, page 3)

1940 Armageddon is Eminent Within the Year
“The year 1940 is certain to be the most important year yet, because Armageddon is very near.” (Informant, May 1940)

1941 Jesus Will Return in Months
“Receiving the gift, the marching children clasped it to them, not a toy or plaything for idle pleasure, but the Lord’s provided instrument for most effective work in the remaining months before Armageddon.” (The Watchtower, September 15th, 1941, page 288)

“Just think , brothers, there is only 90 months left before 6000 years of mans existence on earth is completed… the majority of people living today will probably be alive when Armageddon breaks out.” (Kingdom Mystery, March 1968, page 4)

3. The Jehovah’s Witness translation of the Bible condemns false prophecy and says unfulfilled prophecy is an indicator God is not speaking thorough that Prophet and we should not, therefore, pay attention to what that prophet is saying. So shouldn’t this also apply to the teaching of the Watchtower?

The New World Translation affirms Deuteronomy 18:20-22 and holds to the same standard that the Old Testament Jews held to in judging their prophets; 100% accuracy 100% of the time:

Deuteronomy 18:20-22 (New World Translation)
However, the prophet who presumes to speak in my name a word that I have not commanded him to speak or who speaks in the name of other gods, that prophet must die. And in case you should say in your heart: “How shall we know the word that Jehovah has not spoken?” when the prophet speaks in the name of Jehovah and the word does not occur or come true, that is the word that Jehovah did not speak. With presumptuousness the prophet spoke it. You must not get frightened at him.’

If the Watchtower organization has repeatedly been wrong about its prophecies, doesn’t their own sacred scripture demand that we ignore the institution altogether?

Biblical Questions
Now let’s examine some questions related to topics directly addressed in the Bible. After all, the Jehovah’s Witness religion claims to use the Bible as at least some sort of authority, so it’s fair to compare the propositions of Jehovah’s Witnesses to the teaching of the Bible:

Through the ages, translators have repeatedly interpreted the Greek in such a way as to affirm the Deity of Jesus. The following translations have translated the original language and agree that John 1:1 teaches that the Word WAS GOD:

2. Jehovah’s Witnesses often argue God’s true name is “Jehovah”. But if this is true, why doesn’t the word, “Jehovah” appear in the New Testament?

The New World Translation inserts the word “Jehovah” into the New Testament even though NO original Greek manuscript contains the word. Why should we trust this insertion and isn’t this an example of a religious effort to tamper with the text?

The 144,000 described by Jehovah’s Witnesses are mentioned in two places in the Bible: Revelation Chapters 7 and 14. But let’s look carefully at how they are described. First, it is clear these people are all literal Jews from the twelve tribes and none of these people are gentiles:

In addition to this, Revelation Chapter 14 tells us that this group is comprised exclusively of males who are virgins:

Revelation 14:1, 4
Then I looked, and behold, the Lamb was standing on Mount Zion, and with Him one hundred and forty-four thousand, having His name and the name of His Father written on their foreheads… These are the ones who have not been defiled with women, for they have kept themselves chaste These are the ones who follow the Lamb wherever He goes These have been purchased from among men as first fruits to God and to the Lamb.

If these two passages are accurate, then the Jehovah’s Witness doctrine suggesting this group contains people who were either first century believers, were “Witness-like” Christians from the 2nd through the 19th centuries, were Charles Russell’s bible students, or are among a small number of Witnesses who have lived since then, is flatly false. And when Jehovah’s Witnesses try to maintain the Biblical description of the 144,000 is figurative, they then must grant that the NUMBER of 144,000 may also be figurative.

4. Why Do Jehovah’s Witnesses feel the need to make obvious changes to certain passages of Scripture?

A good example (perhaps the best example) of this is found in Colossians 1:15-17. Compare the NWT with the NASB:

Colossians 1:15-17 (NASB)
He is the image of the invisible God, the firstborn of all creation. For by Him all things were created, both in the heavens and on earth, visible and invisible, whether thrones or dominions or rulers or authorities–all things have been created through Him and for Him. He is before all things, and in Him all things hold together

The NWT has inserted the word, “other” four times. There are two Greek words for “other” (heteros and allos) and neither word appears in the original manuscripts of this passage. The Jehovah’s Witnesses have added the word four times to support their belief Jesus is simply a created being and not God himself. If this teaching is true, why must Jehovah’s Witnesses alter the text to make their case?

5. Jehovah’s Witnesses obviously deny Jesus is God, but how can they do this when Scripture repeatedly describes Jesus as Divine?

The totality of scripture teaches Jesus is God. Take a look at this brief summary of the Biblical evidence:

6. How Can Jehovah’s Witnesses claim Jesus is a created being when Jesus created everything ever created?

The Bible describes Jesus as the creator of all things:

7. How can Jehovah’s Witnesses reconcile the fact Jesus is described as the “First and Last”, just like God the Father?

The Bible is clear about the fact there is no other god beside God. He alone is the first and last:

Isaiah 44:6
This is what the LORD says -Israel’s King and Redeemer, the LORD Almighty: I am the first and I am the last; apart from me there is no God.

But the Bible also teaches that JESUS is the “First and Last”. How can this be true unless Jesus is Himself GOD? Let’s take a look at a few passages in Scripture:

Revelation 1:8
I am the Alpha and the Omega,” says the Lord God, “who is, and who was, and who is to come, the Almighty.

In this passage, God is being described as the “First and Last”

Revelation 1:17-18
When I saw him, I fell at his feet as though dead. Then he placed his right hand on me and said: “Do not be afraid. I am the First and the Last. I am the Living One; I was dead, and behold I am alive for ever and ever! And I hold the keys of death and Hades.”

But in this second passage, JESUS is being described with the very same words:

Revelation 22:12-13
“Behold, I am coming soon! My reward is with me, and I will give to everyone according to what he has done. I am the Alpha and the Omega, the First and the Last, the Beginning and the End.”

And here we see both the “Alpha and the Omega” and the “First and the Last” are one and the same. The only satisfactory way to resolve this dilemma is to acknowledge the Deity of Jesus.

So, Could This Be True?
Every worldview has to be both internally consistent (measure up against itself) and externally consistent (measure up against the world it proposes to describe). The challenge for the Jehovah’s Witness religion appears to exist at both levels. There are a number of philosophical and theological questions exposing the internal contradictions of the worldview. For these reasons, the Jehovah’s Witness religion does not pass the test of internal and external examination.

Every worldview has to be both internally and externally consistent. The challenge for the Jehovah’s Witness religion appears to exist at both levels. Click To Tweet