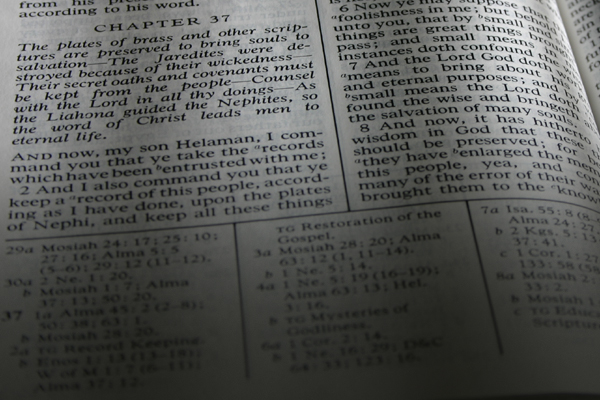 I’ve been slowly working through a number of alleged Bible “contradictions” and “difficulties” here at ColdCaseChristianity.com, using simple investigative principles I’ve adapted from my casework as a cold-case homicide detective. Here is short list of the rules I typically use when evaluating eyewitness statements. The first ten principles are derived directly from my casework related to homicide investigations (modified to address the Biblical narratives), and I’ve added three rules specifically applicable to the study of the New and Old Testament:

Rule #2: Examine the Statement in Its Context
Remember, “Any text taken out of context is a pretext (an effort or strategy intended to conceal something or prove a point missing in the text). So never read a single Bible verse; always read the entire chapter and all the other accounts related to the narrative.

Rule #3: Recognize the Perspective of Each Eyewitness
Every witness offers a view of the event from his or her unique perspective. I’m not just talking about geographic or locational perspectives here, but I am also talking about the personal worldview, history and experience every witness brings to the crime. All witness testimony is colored by the personal interests, biases, aspirations, concerns and idiosyncrasies of the eyewitnesses. We’ve got to be careful not to confuse differences in perspective with Biblical “error”.

Rule #4: Consider the Capacity and Viewpoint of the Witness
When I described an event to my daughter (when she was still very young), I often described it with language relative to her perspective of the world. The Bible was also written from the perspective of common humans standing on the surface of the planet.

Rule #5: Let the Witness Clarify Their Own Statement
Most modern translations of the Bible include Scripture references in the margin of the Bible to help us make sense of difficult passages. Allow the Bible to explain itself by reading these additional passages.

Rule #7: Don’t Confuse “Imprecision” with “Error”
The Bible was written at a time when the culture commonly used general figures or descriptions to discuss more specific issues. This is particularly true when the Bible discusses numbers. As a matter of cultural device, specific numbers are often rounded off.

Rule #8: Identify the Common Details of Parallel Accounts
When interviewing multiple eyewitnesses, I listen carefully for common features in their testimony. In every witness observation, some details are more important than others; some aspects of the event stick out in the mind of the observers more than others. Common details are often the most important to the account, and I expect there to be variation in the ancillary information.

Rule #9: Remember A Description is Different Than An Approval
Sometimes critics of the Bible (or critics of Christianity in general) point to an evil or corrupt situation described in the Bible to argue God (or Christianity) approves of the situation (or is the source of the evil). Remember, just because a Biblical author writes about something, this does not mean God condones it or supports it. A condition described in the lives of Biblical characters isn’t always a condition God would want for those same Biblical figures.

Rule #10: Assess the Opportunity for Collusion
When people have the opportunity to align their statements, yet still refuse to do so, I know I am getting the nuanced observations I need to properly investigate the case. The Gospel authors (and the early Church) certainly had the opportunity to eliminate alleged contradictions, but they refused to do so. As a result, we can have even more confidence in the reliability of these accounts. They display the level of variation I would expect to see if they were true, reliable eyewitness descriptions.

Rule #11: Don’t Fret Copyist Variants
I’ve addressed the variations we see between the Biblical copies we presently have. We can trust our Scriptures for several reasons, however, even in spite of these variations. None of these variations change the theology or content of the Bible. In addition, the variations existing in the ancient manuscripts can be found in the margins of the modern translations so you can investigate them for yourself (to see how important or unimportant they really are). The vast majority of these variations are single letter or number variations, and the copyists were extremely honest in the way they transmitted these errors down through the ages. As a result, the variations come down to us in complete honesty.

Rule #13: Remember Who’s Boss
As we wrap up our assessment of simple rules for reading the Scriptures, we’ve got to remember the Bible describes the work of God here on planet earth and the history of God’s people. Sometimes we’ll read something in the Old Testament and wonder how God could act in such a way. Sometimes the God of the Old Testament can seem pretty harsh. Critics look at certain passages and argue the judgment seen in God’s nature in the Old Testament contradicts the mercy seen in God’s nature in the New Testament. But we need to read the Scriptures carefully and remember God alone is God. He knows the end from the beginning, and He is the source of all morality. He gets to make decisions over life and death, even when we don’t understand all the details.

I’ve used these simple principles repeatedly to evaluate alleged contradictions related to the number of angels at the tomb of Jesus, the number of women who visited the tomb, the variations in the wording of the sign over Jesus’ cross and the differences between the genealogies of Jesus. I hope these rules will help you begin to work through apparent discrepancies as you encounter them. Join our Cold-Case Christianity Community for access to a downloadable Bible Insert on this topic.