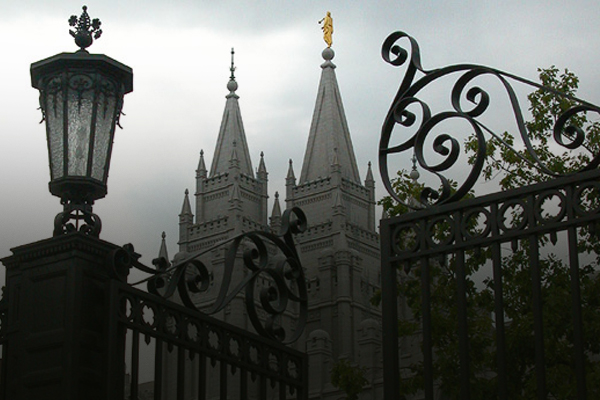 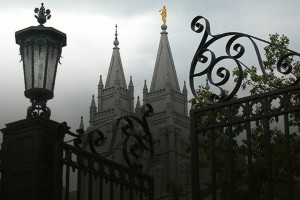 I have six half brothers and sisters who were raised in the church of Latter Day Saints (Mormons). When I first became interested in the existence of God and the reliability of the Bible, I committed myself to a simultaneous investigation of Joseph Smith and the Book of Mormon. What I discovered kept me from becoming a Mormon. I hope some of these resources will help you investigate Mormonism as well (each article is printable and downloadable as a PDF file):

Resources Related to the Evidence Against Mormonism
Articles to help you examine the evidential claims of Mormonism:

Investigating the Evidence for Mormonism In Six Steps
Given the evidence, there is more than enough reason to conclude Joseph Smith was a fraud and the Book of Mormon is a work of fiction.

How the Book of Abraham Exposes the False Nature of Mormonism
By taking an evidential approach to Christian and Mormon scripture, you can confirm the veracity of Christianity and guard yourself from the falsity of Mormonism

The First Question to Ask of an Ancient Holy Book: Is It Ancient?
Can a book alleging to be from the ancient world be “holy” if it is lying about ancient history? How does the New Testament measure against the Book of Mormon?

Test Your Eyewitnesses, Even When the Eyewitness Is You
Can we trust religious experience? Be ready to provide an answer incorporating both our experiences and the evidential basis for believing they are from God.

Resources Related to Mormon History
Articles examining the complex and contradictory history of the LDS Church:

The Rich, Contradictory History of Mormon Polygamy
Mormonism has been clearly unorthodox in its positions related to polygamy, extreme in its practices, and variable in its commandments.

Is the Account of Joseph Smith’s First Vision Reliable?
Joseph Smith omitted and changed the facts of the first vision account to make them less offensive and more compelling.

Can We Trust the Prophecies of Joseph Smith?
Joseph Smith uttered demonstrably false prophecies. His status as a prophet of God must be removed and with it, the foundation for Mormonism.

Is Mormon Salvation Possible?
According to Mormonism, no one receives eternal life until they have abandoned all past sin and have committed themselves to never repeat these sins again.

The Difference Between Christian Grace and Mormon Grace
Christianity stands alone as the only religion that offers true “grace” to its adherents. Salvation is not the result of anything we do.

Salvation: Why Christians Know They Have Eternal Life (Right Now)
What does Christianity and Mormonism teach about eternal life? What do Mormons believe about the relationship between grace and the assurance of salvation?

Mormons today often try to portray their belief system as simply another, legitimate, historical denomination of Christianity. Nothing could be further from the truth. Mormonism is not evidentially legitimate, historically reliable, nor theologically compatible with Christianity. I hope these resources will help you understand the truth about the Church of Latter Day Saints.