Resources to Help You Defend the Deity of Jesus

J. Warner September 18, 2014 Jesus, Writings Comments Off on Resources to Help You Defend the Deity of Jesus 13,034 Views 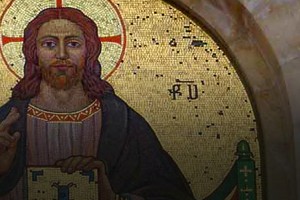 Skepticism related to Jesus of Nazareth generally takes one of two forms: those who don’t even believe He ever existed, and those who acknowledge Jesus as an historical figure but deny He is God. The case for the Deity of Christ is centered on the Resurrection, but there are many other cumulative circumstantial factors to consider. I’ve written quite a bit about the Deity of Jesus, and I’ve assembled these articles to help you make the collective case. All these resources are available as downloadable PDF files:


The Essential Nature of the Virgin Conception
The “virgin conception” is an essential belief of the authors of Scripture and the early Church.

Was the Virgin Conception Borrowed from Prior Mythologies?
There are several problems with the notion the virgin conception was borrowed from prior pagan mythologies.

Why Doesn’t Mark Say Anything About Jesus’ Birth?
The absence of a birth narrative in Mark does not demonstrate the account (including the virgin conception) is a work of fiction.

Why Didn’t Paul Mention the Virgin Conception?
Paul’s writings simply cannot be used in isolation to determine what he knew (or didn’t know) about the virgin conception.

2. The Behavior of Jesus Demonstrated His Deity:
Articles related to the miraculous activity of Jesus


What Does Christianity Say About the Nature of Jesus? Five Critical Claims
The Deity of Christ is a Christian essential. It has been affirmed by believers based on the eyewitness testimony of those who saw Jesus rise from the dead.

Did Jesus Work Miracles as a Child?
Islamic tradition describes Jesus as a miracle worker even in His youth. Is this true? Where did this information originate, and can we trust it?

Why Didn’t Jesus Reveal Scientific Facts to Demonstrate His Deity?
Why didn’t Jesus describe something beyond the knowledge of His contemporaries (i.e. the role of DNA or the nature of the Solar System) as a prophetic proof?

3. The Statements of Jesus Demonstrated His Deity:
Articles related to the statements and authoritative claims of Jesus


The Circumstantial Statements of Jesus’ Divinity
Even if you’re inclined to deny Jesus ever directly said He was God, it’s unreasonable to argue against this indirect, circumstantial case.

4. The Authority of Jesus Demonstrated His Deity:
Articles related to the authority and worship offered to Jesus

The Disciples Were Not Afraid to Worship Jesus (Even Though They Should Have Been)
From His first days on earth to His last, Jesus was worshiped as God.

The Early “High Christology” of Jesus
The earliest document evidence we have related to Jesus describes Him as a miracle worker who claimed to be God and rose from the dead.

The Post Resurrection Behavior of Jesus Eliminates the Possibility of an Imposter
The post-Resurrection version of Jesus was just as supernatural and divine as the pre-Resurrection Jesus.

6. The History of Jesus Demonstrates His Deity:
Articles related to transmission of the evidence describing to the Deity of Jesus

The cumulative circumstantial case for the Deity of Jesus can be assembled from the facts related to His birth, life, ministry, statements, and resurrection. Like other cases I’ve worked over the years, the evidence is powerful when considered collectively. I hope these resources, as I’ve assembled and organized them here, will help you defend the truth of the Christian worldview so you can become a better Christian Case Maker.

I find it interesting that there are four Gospels, four stories of the life of …