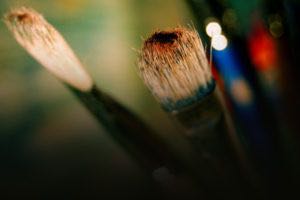 In our Rapid Response series, we tackle common concerns about (and objections to) the Christian worldview by providing short, conversational responses. These posts are designed to model what our answers might look like in a one-on-one setting, while talking to a friend or family member. What would you say if someone asked, “If you think God created everything, who created God?” Here is a conversational example of how I recently answered this question:

“Well, when you work criminal investigations, you’re always looking for the ultimate cause of any crime. So, in the end that, that person who is the cause of this crime is the suspect you’re trying to identify. So I understand the impulse people have when they ask this question.

But I want to offer this: even as an atheist (I wasn’t a theist until I was 35), all of us are looking for the first ‘un-caused cause’. So if I’m an atheist today who believes in a primordial, quantum vacuum from which our universe came into existence, I would be offering the vacuum as the eternal ‘un-caused cause’. All of us believe in an eternal ‘un-caused cause.’ Theists aren’t the only people who ae arguing for this. The only question is: is the uncaused, first cause of the universe personal or impersonal?

As a Christian, I obviously believe the cause of the universe is personal: God. And as a Christian, I hold a very particular definition of God. He is the un-caused creator of the universe. So, to ask a silly question like, “Who caused the un-caused creator of the Universe” is a bit silly. He is uncaused by definition. And once, again, all of us have the same dilemma. Whether you’re an atheists or a theist, you are looking for the first, un-caused cause of the universe. I would simply argue that, given the nature of our universe (the appearance of design in the universe and in biology, the existence of humans who have minds and free-agency, and the existence of transcendent, objective moral obligations), the best and most reasonable inference for this cause is God.

So, I do think, in the end, the choice is clear. Is the first uncaused, cause of the universe personal or impersonal? If it’s a personal cause, then we’re stuck with a Being very similar to what we see described in the scripture as God. A transcendent, non-spatial, immaterial, a-temporal, intelligent Being who is responsible for the fine-tuning of the universe, the origin of life, the appearance of design, the existence of mind and free-agency and the source of all transcendent, moral obligations. That’s why I believe Christianity is true, and that why I reject the idea that the un-caused, first cause of the universe is something other than a personal God.”

Apologetics Christian Apologetics Creationism creator God objections to Christianity Theism 2016-09-26
+J. Warner
Previous How Not to Become a Christian Chihuahua
Next Did Jesus Really Die on the Cross? (Video)