Rapid Response: “We Don’t Need God to Explain the Origin of Life”

J. Warner October 21, 2016 Objections of Atheism, Writings Comments Off on Rapid Response: “We Don’t Need God to Explain the Origin of Life” 8,543 Views 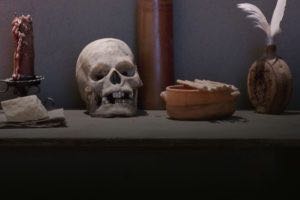 In our Rapid Response series, we tackle common concerns about (and objections to) the Christian worldview by providing short, conversational responses. These posts are designed to model what our answers might look like in a one-on-one setting, while talking to a friend or family member. Imagine if someone said, “Christians believe God created all the life here on earth, but science has a better explanation for the origin of life.” How would you respond to such a statement? Here is a conversational example of how I recently replied:

“The origin of life is a critical question and an important piece of evidence in our universe. When detectives attempt to answer such a question, we typically try to ask the same kinds of questions one might ask when writing a good essay: the What, Where, When, Why, and How questions. If you ask those same questions about the origin of life, you begin to see the problem with the naturalistic scientific answers from those who attempt to explain the origin of life without invoking God.

For example, if you ask, ‘Where did life originate?’ you’ll see just how divided and unequipped the scientific community is to answer that question. Historically, some have tried to locate the origin of life in the oceans, while others have attempted to locate it on land (on clay surfaces or shallow pockets of water. Others have argued it originated in the atmosphere or under the tectonic plates or near deep sea vents. These scientists typically disagree with one another when offering these locations, primarily because each explanation suffers from a critical flaw or deficiency. None of these explanations actually work. In frustration, some scientists now argue life was delivered to us from a source in the universe other than earth. This variety of explanations reveals something: science is unable to offer a location for where life began.

The problem answering the Where question is due largely to a problem in answering the How question. There’s a ‘chicken and egg problem,’ when it comes to explaining the origin of life. You need biological. molecular machines to build the proteins necessary for life to exist, but the machines themselves are built from… proteins. The more we examine life at the molecular level, there more we see “chicken and egg” problems. How does life emerge, given what’s required? The more we study the How question, the more difficult the answers. It turns out that organic life in our universe is driven by information. That’s what overcomes the ‘chicken and egg’ problem. The information in the genome guides the assembly process in biological life forms. DNA is a complex set of informational instructions that are both ‘heard’ and ‘met’. The problem is that there is no example anywhere in the history of the universe where information comes from anything other than an intelligent source.

Scientists are willing to ask the What, Where, When, Why, and How questions when examining the origin of life, but they are unwilling to ask perhaps the most important question: the Who question. Only an intelligent Who can account for the information in DNA. The atheist scientific community is unwilling to ask the Who question, however, because that would require them to acknowledge the existence of a personal cause for everything we see in the universe. But, as it turns out, a personal, uncaused, first-cause is the best explanation for the origin of life.”