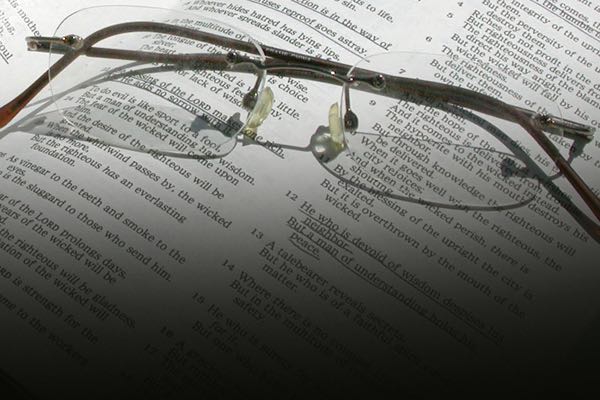 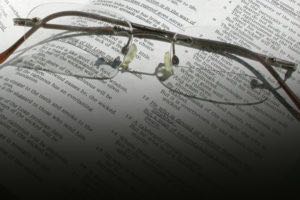 In our Rapid Response series, we tackle common concerns about (and objections to) the Christian worldview by providing short, conversational responses. These posts are designed to model what our answers might look like in a one-on-one setting, while talking to a friend or family member. Imagine if someone made the following claim: “Even if the events recorded in the Gospels came from eyewitness accounts, why should we trust what eyewitnesses tell us? Even modern-day witnesses are notoriously unreliable and are often wrong about what they claim to have seen. Why should we trust ancient eyewitness accounts?” How would you respond to such an objection? Here is a conversational example of how I recently replied:

“A lot has been written recently about the untrustworthy nature of eyewitness testimony. In fact, some skeptics (like Bart Ehrman) have written about this and challenged the reliability of the Gospels. I actually have similar concerns about eyewitnesses and have learned the hard way to be skeptical. In fact, I never immediately trust an eyewitness when he or she comes to me with a statement. Instead of routinely trusting witnesses, I test them. If they pass the test, however, I trust what they’re telling me.

There’s an investigative template we apply to witnesses to determine if they’re reliable. It’s described in the instructions that judges offer juries in criminal trials. Jurors are given a list of mental questions they can ask themselves when evaluating witnesses. In California, there are over a dozen such questions jurors must consider before deciding if a witness is reliable. I’ve grouped and summarized these questions to make them easier to understand:

Was the witness truly PRESENT to see what he or she claims to have seen?

Can the statements and claims of the witness be VERFIED in some way?

Has the witness been HONEST and ACCURATE over time, or did his or her account change over time?

Does the witness possess a BIAS that would motivate him or her to lie?

Jurors are encouraged to test witnesses in these four ways, and if the witnesses “measure up,” jurors are instructed to accept their testimony as reliable. If a juror has a misgiving about a witness based on his or her appearance, age, race or apparent social status, they are instructed to resist their biases and remain focused on the areas I’ve described. Even if a juror doesn’t like a particular witness, they’re told to disregard their personal feelings if the witness passes the aforementioned test.

As a skeptic, reading the gospels and investigating them for the first time, I decided to test them the way I would test any eyewitness statement. I used the same four-part template we use in every criminal trial. The Gospel eyewitness accounts passed the test, even though, at the time, I didn’t really like what they had to say. The gospels were written early enough to contain the actual observations of real eyewitnesses who lived and served with Jesus. They can be corroborated by internal literary evidence and external evidence from ancient, non-Christian sources and archaeology. The contents of the gospels haven’t changed over time, and the writers of the Gospels lacked any bias or motivation to lie about what they observed.

I’ve written much more about this in Cold-Case Christianity. In all the ways that one might test an eyewitness in a criminal case, the authors of the Gospels “measure up”. This is especially impressive given the ancient nature of the documents and claims. Today, as a Christian, I don’t blindly accept the testimony of the Gospel authors. Instead, I trust them because I tested them. But once I discovered that the Gospels passed the test, I was left with little alternative other than to trust what they told me about Jesus of Nazareth.” The gospels were written early enough to contain the actual observations of real eyewitnesses who lived and served with Jesus. Click To Tweet