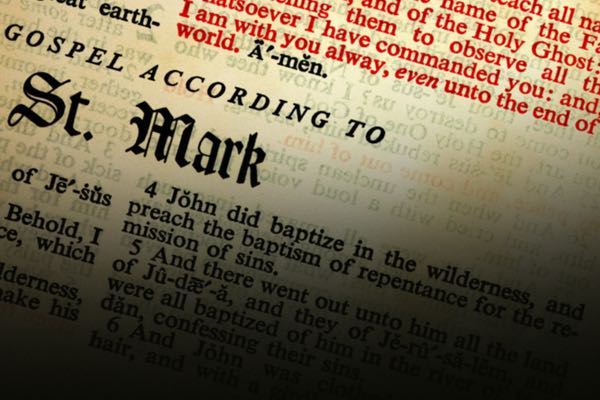 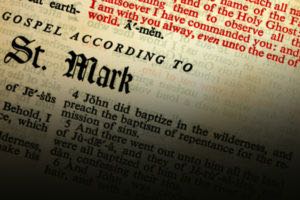 In our Rapid Response series, we tackle common concerns about (and objections to) the Christian worldview by providing short, conversational responses. These posts are designed to model what our answers might look like in a one-on-one setting, while talking to a friend or family member. What would you say if someone said, “I don’t trust the Gospels because I don’t believe they were written by eyewitnesses.” Here is a conversational example of how I recently responded to this objection:

“I understand the objection, and the first issue we have to examine in order to determine if the Gospels are eyewitness accounts are the claims of the authors of these accounts. If you look at the end of John’s gospel, you’ll see that he clearly describes himself as an eyewitness. Also, look at Peter’s; he also describes himself as an eye witness. Next, we need to ask the important question: “How early are these gospels?” If they’re not early in history, they can’t have been written by eye witnesses. If they emerge in history in the second or third century, for example, they weren’t written directly by eyewitnesses. They’re simply too late in history.

When I first began to investigate the Gospels, I looked at the Book of Acts; the record of the life of the disciples after the ascension of Jesus. I wanted to see if there were any good indicators, any reliable circumstantial evidence, that would provide a clue about the dating of that account. Here’s what I saw: when writing the book of Acts, Luke never mentions the destruction of the temple or the siege of Jerusalem that took place prior to the destruction of the temple. This would have been something important; after all, Jesus predicted this event in the Gospels. Why not include something that Jesus predicted, if for no other reason, than to show Jesus was an accurate predictor?

Secondly, there are three main characters in the Book of Acts who repeatedly occupy the most space on every page: James (the brother of Jesus), Peter and Paul. Yet, Luke never mentions how they died. At the end of the Book of Acts, Paul is still alive in Rome; he’s not dead yet. We know he was martyred somewhere between 64 and 67 AD. Why doesn’t Luke describe it? Also, Peter’s death is never mentioned (it occurred around the same time as the death of Paul). James, the brother of Jesus, who led the largest church in Jerusalem at the time, died around 61 AD. But Luke doesn’t mention his death either. Yet, Luke doesn’t seem to have a problem mentioning deaths. He describes Stephen’s martyrdom, for example. Luke also mentions the death of James, the brother of John. But he leaves out the deaths of the three most important people in the Book of Acts? It doesn’t seem reasonable to me that Luke would omit these three important deaths. Unless, of course, Luke wrote his account prior to say, 61 or 60; whenever James is martyred. That’s the first missing element.

Also, I think there’s some good internal evidence in the Scripture confirming that the Gospels were written very early. In 1st Timothy, for example, Paul describes “scripture” to Timothy. In one verse, he quotes a verse from Deuteronomy and a verse from Luke’s Gospel and he calls both of them “scripture”. This letter to Timothy was written in the mid to late 60’s. In 1st First Corinthians, Paul’s cites a version of the Lord’s Supper in which he says Jesus told his disciplines “to do this in remembrance of me”. The only Lord’s Supper description that is described in this way is, once again, in the Gospel of Luke. It appears that even in 1st Corinthians, Paul is either referring to the text of Luke or to the tradition that preceded the text for both Luke and Paul. Either way, we have an eye witness account that’s being cited early.

One more thing: when Luke penned his Gospel, he wrote, “I am writing to you, Theophilus, an orderly account.” It’s interesting that he wrote, “orderly account”. Why did he write that? Well, it turns out Papias (a 1st Century bishop) said that Mark was scribing for Peter and wrote an account that was “accurate, if not orderly”. Who does Luke quote more than anyone else? Mark. It’s almost as though Luke is saying, “Hey, I’m giving you the orderly version of events after I talked to all these people, including Mark.” That means you’ve got to predate Mark’s Gospel to Luke’s. Now you’re within 20 years of the resurrection and ascension; and here we have the first accounts appearing. These accounts arrived early enough to have been read by people who were alive at the time of Jesus’ ministry and would know if the Gospels contain lies about Jesus.”