Quick Shot: “All religions lead to the same place” 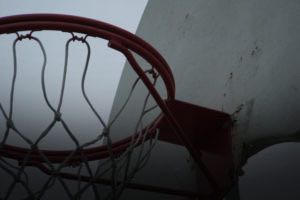 Our “Quick Shot” series offers brief answers to common objections to the Christian worldview. Each response is limited to one paragraph. These responses are designed to (1) answer the objection as concisely as possible, (2) challenge the objector to think more deeply about his or her claim, and (3) facilitate a “gospel” conversation. In this article, we’re offering “Quick Shot” responses to the objection, Quick Shot: “All religions lead to the same place.”

Response #1:
“Have you examined all religions, or are you making a broad assumption? Let me illustrate the point: If you’re hungry for homemade mushroom soup, you’re probably not going to go out and pick just any mushroom from your lawn. Why not? Some of these wild mushrooms look a lot like the kind you buy at the market. Both will fit nicely in your soup bowl, and both will satisfy your hunger. One, however (the one from your lawn), may be toxic. That’s why most of us are very discriminating when it comes to mushrooms. Several varieties lead to death. In a similar way, some religious worldviews are also toxic. They lead to spiritual death. Why would you be more discriminating about mushrooms than you are about spiritual claims? Wouldn’t you want to know the difference between these claims before treating them all the same?”

Response #2:
“Are you aware of the differences between the historic views of God? For example, Christians believe that Jesus is God, Jews do not. Both groups could be wrong, but they both can’t be right, given that their claims are contradictory. Christians believe that Jesus died on the cross and then rose from the grave. Muslims deny this claim. Again, both groups can’t be correct. Christians believe in a personal God, Buddhists are pantheistic and deny the existence of a personal God. Yet again, both groups could be wrong, but they both can’t be right. I could continue, but there’s really no reason. The major religious worldviews disagree far more than they agree. They could all be wrong, or one of them could be right. Why would anyone believe that all religions lead to the same place when none of them agree on essential claims?”

The major religious worldviews disagree far more than they agree. They could all be wrong, or one of them could be right. Click To Tweet

Quarantine Questionnaire: Evidence for God from the Appearance of Design in Biology