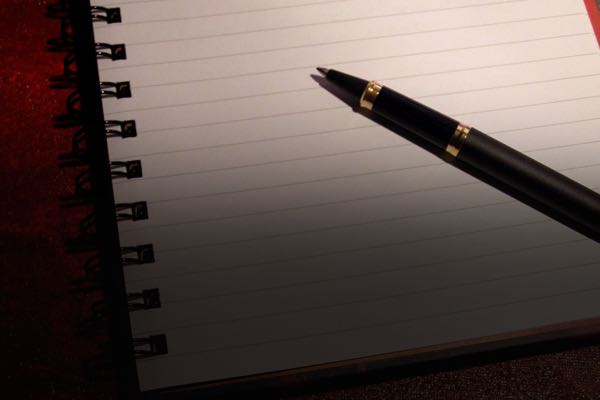 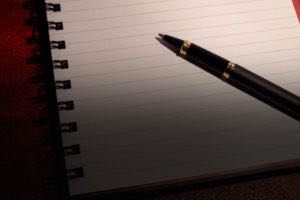 I was encouraged by your note and your desire to become a Christian apologist. I must confess that I hate that word, “apologist” and wish we would decide, as a group, to strike it from our vocabulary. I know, of course, that you understand the meaning of the original, Greek word, “apologia,” and the way it was used to describe the process of defending, or “speaking away” (apo—away, logia—speech), an allegation made against Jesus or Christian believers.

Unless we take the time to define the term for everyone we encounter, however, most people think Christian apologists are trying to apologize for something, given the sound of the word. For that reason, I’ve personally replaced the term, “Christian Apologist” with the expression, “Christian Case Maker.” In essence, this second term accurately describes my Christian calling without inviting the confusion.

When I get letters like yours, asking how to become a Christian Case Maker, the first thing I assume is that you might be thinking of this position as some sort of career opportunity, or perhaps a special office within the Church. If that’s the case, let me try to stretch your thinking. I don’t believe we can separate these three words when describing believers. If you’re a Christian, you’re called to be a Christian Case Maker. Paul, for example, describes several offices within the Church in his letter to the Ephesians:

And He gave some as apostles, and some as prophets, and some as evangelists, and some as pastors and teachers, for the equipping of the saints for the work of service, to the building up of the body of Christ; until we all attain to the unity of the faith, and of the knowledge of the Son of God, to a mature man, to the measure of the stature which belongs to the fullness of Christ. (Ephesians 4:11-13)

But in your hearts set apart Christ as Lord. Always be prepared to give an answer to everyone who asks you to give the reason for the hope that you have. But do this with gentleness and respect, keeping a clear conscience, so that those who speak maliciously against your good behavior in Christ may be ashamed of their slander. (1 Peter 3:15-16)

That being the said, I have four pieces of advice for you.

First, decide now to be a life-long learner. No one draws water from an empty well. If you hope to influence the world with the case for Christianity, you need to know a few facts about the case. Many of us, as Christians, have been worshipping God with our hearts and souls while ignoring God with our minds. Since you’re interested in Christian “apologetics,” you already know that God is honored when we take the time to study the truth. You may already be a good student, but if you’re just coming around to the idea, don’t be overwhelmed or discouraged. There are great educational programs on the Internet (like the Colson Fellows Program), and many free podcasts, articles and videos from reputable sources. In this Information Age in which we live, there is scarcely an excuse not to prepare ourselves as Christians. There are also several excellent Christian apologetics degree programs around the country. There’s probably one perfectly suited to you.

I know it can be intimidating to think about studying. Where will you find the time? How will you add this to your schedule? Here’s how: work smarter, not harder. There’s already something for which you are willing to spend mental energy, and it’s probably not as important as studying the truth about God. I recently scrolled through my podcast menu and realized that most of my listening time was being spent on sports programming. Really? That might have been fine if my goal was to host a sports show, but that’s not who I am or want to be. I realized I needed to re-prioritize. I decided to exchange the focus of my energy and decided to listen smarter. If you want to be a Christian apologist, re-dedicate your mind to the things of God.

Second, recognize and embrace your God-given design. You have a personal history all your own. God has shaped you in a specific way to reach people no one else can reach. You might not think your job or life experience can contribute to your ability to be an effective Christian Case Maker, but you’re wrong. Your life is the foundation from which you will have an important impact; you simply have to recognize (and stay in) your “lane”. I’m a detective. As a result, I have some experience with evidence. For that reason, it shouldn’t surprise anyone that I’m an “evidential” Christian Case Maker; that’s my lane and I try to stay in it. This means I may not be the best authority when it comes to a number of other Christian worldview issues.

That’s where you come in. Maybe your life has given you better insight in areas where I am weak. Think about it. How has God uniquely designed you? What kinds of experiences have you had that can inform the way you communicate truth to others? Do you have an interest or background in science? Maybe you’re just the right person to make the case for God’s existence from cosmology or biology. Do you like history? Make the case for Christianity from the historical evidence. Are you interested in literature? Make the case from the internal literary evidence in the Scripture. If we each find our lane (and work hard to develop our expertise) we’ll impact our culture as a team. Your unique identity will inform how you make the case to others.

Once you begin a disciplined routine, stay faithful. Consistency is the key. It’s easy to start a diet, but difficult to maintain one. I realized early on that it wasn’t enough to start a blog or podcast; I committed to post or record regularly. As a result, my audience grew and came to expect consistency from me as a writer, podcaster, videographer and website contributor. I don’t want to let them down, but more importantly, I don’t want to let God down. If you want to have the most impact possible, you’ve got to be faithful over several years, not days. I know that seems like a lot of work (and it is), but it’s worth it, and you can start slowly. Blog or journal once a week, for example, but do it every week and do it on the same day. One year from now, you’ll have 52 blog entries. Whatever you decide to do, do it faithfully and consistently.

Finally, maintain your character amid opposition. The passage we examined – 1 Peter 3:15-16 – is often cited without it’s proper context. Yes, we all have a duty to “be prepared to give an answer to everyone who asks (us) to give the reason for the hope that (we) have,” but this command was given within in the larger context of facing oppression with Godly character. When Peter wrote this in the 1st Century, he was writing to Christians who were suffering. He warned them not to “repay evil for evil or reviling for reviling,” but to bless those who were the source of this evil by maintaining “unity of mind, sympathy, brotherly love, a tender heart, and a humble mind” (1 Peter 3:8-9).

While you’re probably not under the intense pressure and opposition Peter’s audience experienced, you’ve likely seen the fervor with which some atheists, especially those who have been inspired by the “new atheist” movement, have vilified Christians. The moral teaching of Jesus of Nazareth is increasingly unpopular. Going forward, your desire to become an “apologist” for the truth of Christianity and the teaching of Jesus will most certainly make you unpopular as well. It will be tempting to fight fire with fire; to respond in kind when you are insulted or demeaned. It must have been tempting in Peter’s day as well. Perhaps that’s why he reminded his audience to have “a good conscience, so that, when you are slandered, those who revile your good behavior in Christ may be put to shame” (verse 16). “It is better to suffer for doing good, if that should be God’s will, than for doing evil” (verse 17). As you refine your knowledge and develop your daily routine, don’t forget to conform your character as well. Your desire to become a Christian Case Maker is an admirable goal, not because you’ve chosen to do something in the future, but because you’ve embraced what all of us should be doing as Christ-followers right now. Click To Tweet

Your desire to become a Christian Case Maker is an admirable goal, not because you’ve chosen to do something in the future as a Christ-follower, but because you’ve embraced what all of us should be doing as Christ-followers right now. If only every Christian understood this responsibility, imagine the kind of impact we would have in our world. For now, I’m just grateful that you’ve decided to experience and engage your faith in the robust manner God intended for you. All believers are Christian Case Makers. It’s just a matter of whether we’re good Case Makers or poor ones. I’m praying you’ll be in the former group rather than the latter.

This article first appeared on BreakPoint.com