John’s Gospel May Have Been Last, But It Wasn’t Late 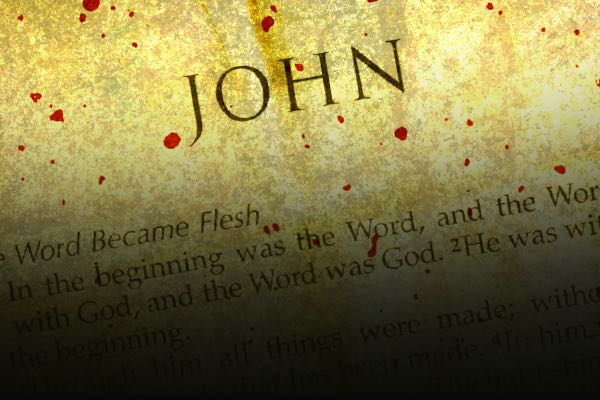 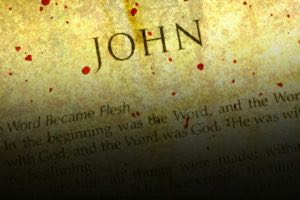 While teaching a recent Colson Center Short Course, I was asked about the dating of John’s Gospel. This New Testament text is generally believed to have been written after the other gospels (Mark, Matthew and Luke). I think there are several good reasons to accept this claim, given the historical and textual evidence:

The Church Fathers Say John’s Gospel Came Last
The first century bishop, Clement of Rome, testified that John’s Gospel was written after the other gospels (according to Eusebius’ History of the Church, Book 4, Chapter 14.7), and Irenaeus, the ancient Bishop of Lugdunum, also affirmed this to be the case (see Against Heresies, Book 3, Chapter 1). Later Church Fathers (like Origen, Eusebius, and Jerome) repeated this claim.

John Wrote As Though His Reader’s Already Knew the Apostles
In the “Synoptic Gospels,” (the gospels of Mark, Matthew and Luke re-counting events from a similar point of view), the disciples are named and described as they are first introduced in the narrative. John, on the other hand, seldom takes the time to provide any detail about each follower of Jesus as he introduces them in his account. In John 6:67, for example, John writes about “the twelve” as a special subset of the larger group of disciples, but he does so without describing who precisely is part of this group or why they are unique related to the other followers. John writes as though this information is already available to his readers (in the gospels that preceded his).

The Other Gospels Authors Don’t Seem to Know About John’s Gospel
While the Synoptic Gospels contain parallel pieces of information (as if they were aware of each other’s accounts), none of these texts contain information that appears to have come from the Gospel of John. While it appears that Mark, Matthew and Luke consulted with one another, nothing in their accounts reveal any knowledge of John’s text. This makes sense if John’s Gospel was written after the other three.

There are good reasons to accept the claim that John wrote his account after the other gospel accounts had already been written. But does this mean that it was written late in history? Not many generations ago, skeptical scholars from the “Tubingen School” in Southern Germany argued that the Gospel of John was written in the latter part of the second century (ca. 175AD). If this is true, the gospel could not have been written by the Apostle John or anyone else who actually witnessed the life and ministry of Jesus of Nazareth. Interestingly, modern New Testament scholars are now nearly unanimous in dating John’s Gospel much earlier.

John’s Gospel was written early enough to have been written by the Apostle himself, a man who saw the events firsthand and recorded them within the lifetime of those who would know if he was lying. Click To Tweet

John Fails to Describe the Olivet Discourse
John’s Gospel is missing the Olivet Discourse, the Biblical passage (found in all the other gospels: Matthew 24, Mark 13, and Luke 21) in which Jesus predicts the destruction of the Temple. If John was aware of the fall of Jerusalem and the destruction of the Jewish Temple (that occurred in 70AD), it makes sense he would have included Jesus’ predictions in this regard as a point of emphasis.

John Uses Primitive Terms and Titles
John uses words in his text that are consistent with the earliest years of Christianity. For example, John never calls the closest followers of Jesus “apostles” (like Luke does in the Book of Acts). Instead, John refers to them with the earlier term, “disciples”.

John Refers to the Pool of Bethesda in a Particular Way
In Chapter 5, verse 2, John wrote, “there is in Jerusalem, by the sheep-gate, a pool (the one called Bethesda in Hebrew) which has five porticoes.” John used the present tense word “is” (ἐστιν) when describing the existence of the pool, yet the pool was destroyed in 70AD when Jerusalem was sacked by the Romans. John also provided very little detail in this passage as he described the healing of the sick man. When Jesus asks him if he wants to be healed, the ailing man simply responds, “Sir, I have no man to put me into the pool when the water is stirred up, but while I am coming, another steps down before me” (see John 5:6-7). John never described why the waters were stirred in the first place, however, and this evidently caused confusion for readers in the decades to follow. In fact, scribes eventually added information to clarify the situation (the addition of verse 3 explains that the waters were stirred by angels). John appears to have written this passage very early (as someone who knew Jerusalem intimately) to people who were familiar with the pool.

John’s Gospel Is Similar to First Century “Dead Sea Scrolls”
Scholars note textual and conceptual parallels between John’s Gospel and some of the ancient first century “Dead Sea Scrolls” (nearly 1,000 ancient scrolls have been discovered in caves near Khirbet Qumran in the eastern Judean Desert). Both John’s Gospel and the scrolls (known to have been written in the first century) reflect strong thematic similarities (particularly related to “dualism,” “predestination,” and messianic expectations).

Papyrus Evidence Affirms an Early Date for John’s Gospel
In 1934, while examining uncatalogued papyrus fragments in the John Rylands Library at the University of Manchester, British scholar, C. H. Roberts, discovered a papyrus containing portions of John Chapter 18. New Testament scholars now date this fragment to approximately 125AD, and no one believes this to be a portion of the original gospel document. In fact, the fragment comes from Egypt. Scholars admit it would have taken several decades for the Gospel to have been written, copied, handed from one community to another, carried across the continent and finally buried in Egypt. This would place the original authorship of the document several decades prior to 125AD.

Document Evidence Affirms An Early Date for John’s Gospel
Papyrus Egerton 2 is a collection of three papyrus fragments, dated at one time to approximately 150AD. These fragments describe events found in all four gospels, including a narrative resembling John 5:39-47. This would not be possible unless John’s Gospel was written early enough to be available to the author(s) of this document. In addition, the Muratorian Fragment, containing information dated to approximately 180AD, describes the origin of John’s Gospel and seems to take for granted the fact that John’s “fellow-disciples” (including the apostle Andrew) were still alive and present with John when he wrote his account. This would also argue for an early date of authorship. Finally, a set of early introductions to the Gospels, known as the Anti-Marcionite Prologues (penned as early as 150AD), cites Papias as the source for the claim that “the Gospel of John was revealed and given to the churches by John while still in the body (emphasis mine).”

John’s Gospel most reasonably appears to have been written after the other gospels and prior to 70AD. One clue in narrowing the dating of the text may be present at the end of John’s Gospel. In John Chapter 21, we find the following passage (vs 20-23):

In this passage, John appears to be aware of the fact that Peter was already dead (Peter was martyred in approximately 64AD), as he felt the need to further explain this statement of Jesus. If this is the case, we might reasonably date the authorship of John’s Gospel to a time frame between 64-70AD. While John’s Gospel may have been written after the other Gospels, it was early enough to have been written by the Apostle himself, a man who saw the events firsthand and recorded them within the lifetime of those who would know if he was lying. 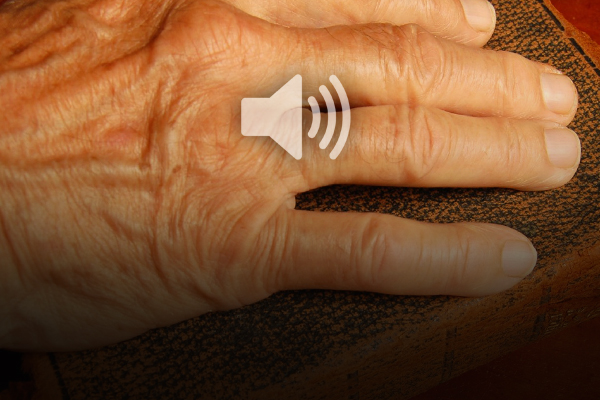 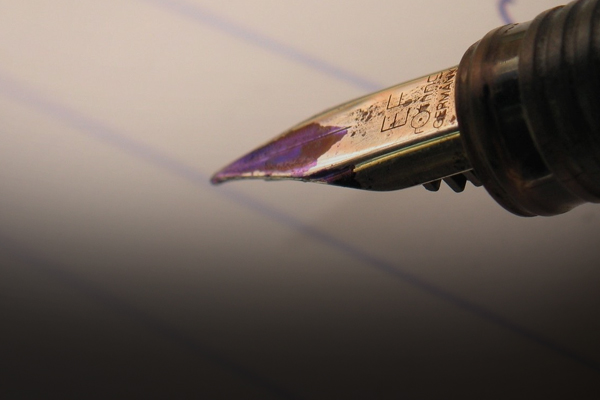 The Bible is foundational to Christian belief. While many things can be known about God from examining the natural world around us, or using... 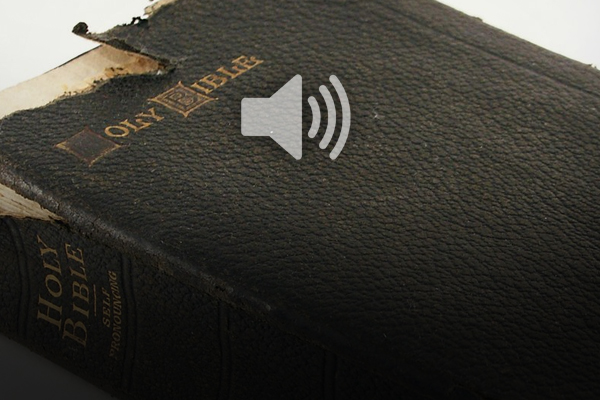 How Can We Test the Bible? (Podcast)

Can we trust the Bible is as an actual historical account of events? What about the miracles? Do we have to take those as... 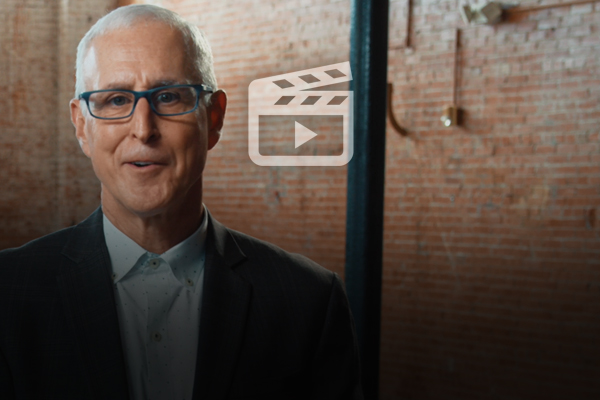 Does the Bible Condone Slavery? (Video)

Does the Bible turn a blind eye toward slavery? Does God condone this type of behavior? Is there a difference between slavery as we...