Jesus Was A Case Maker 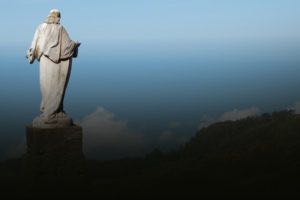 John 10:25
Jesus answered them, “I told you, and you do not believe; the works that I do in My Father’s name, these testify of Me.”

John 14:11
Believe Me that I am in the Father and the Father is in Me; otherwise believe because of the works themselves.

Jesus knew His followers needed more than His direct testimony. He offered the evidence of the miracles to corroborate His claims so His hearers would be fully convinced. In fact, Jesus was so committed to this evidential approach that He stayed with the disciples for over a month following His resurrection to give them additional evidence:

Acts 1:2–3
… until the day when He was taken up to heaven, after He had by the Holy Spirit given orders to the apostles whom He had chosen. To these He also presented Himself alive after His suffering, by many convincing proofs, appearing to them over a period of forty days and speaking of the things concerning the kingdom of God.

Jesus continually supported His testimony with the indirect evidence of the miracles He performed. Click To Tweet

Think about that for a minute. Jesus had already demonstrated His deity by rising from the grave. I think that would be enough for me. But it wasn’t for Jesus. He stayed an additional forty days to give many more “convincing proofs.” That’s an exceptional commitment to case making.

Apologetics Christian Apologetics Christian Case Making evidentialism Jesus Jesus and evidence making the case for Christianity Teaching of Jesus 2017-08-14
+J. Warner
Previous Unbelievable? Is There Enough Evidence Beyond the Gospels to Make Their Testimony Reliable?
Next Why Confidence Will Increase Your Engagement as a Christian (Video)

Can we turn the Christian “ocean liner”? Several years ago I had the great privilege of …