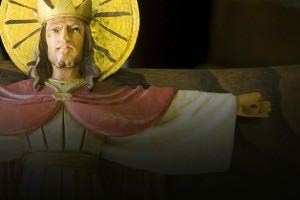 This Easter I had a wonderful experience at New Life Church near Toronto, Ontario. Pastor Elio and Micki Marrocco allowed me to teach their Good Friday and Easter services (in addition to training sessions with their core leaders). I tried to encourage the members of New Life and help them grow in their confidence related to the controversially exclusive, central claim of Christianity: Jesus alone is God. While there may be other important, historic religious leaders, none of them rose from the dead. Jesus is unique. He alone is God and He alone has the power to forgive sins and grant us eternal life. In our pluralistic, relativistic culture, an exclusive claim such as this is likely to start an argument. But Jesus didn’t shrink from controversy. Read the Gospel of John to see what I mean. Jesus repeatedly made outrageous claims of Deity, and he made these claims with singular exclusivity:

John 14:1-6
“Do not let your heart be troubled; believe in God, believe also in Me. In My Father’s house are many dwelling places; if it were not so, I would have told you; for I go to prepare a place for you. If I go and prepare a place for you, I will come again and receive you to Myself, that where I am, there you may be also. And you know the way where I am going.” Thomas said to Him, “Lord, we do not know where You are going, how do we know the way?” Jesus said to him, “I am the way, and the truth, and the life; no one comes to the Father but through Me.”

Some people find this claim of exclusivity offensive. In many ways, it seems outrageous and arrogant, and it was no less controversial in Jesus’ day. Why should anyone accept such a claim? How could Jesus even make such a statement? It’s simple: Jesus is the only way to Heaven because God is the only way to God.

Think about it for a minute. If you want to visit me at my house, you’ll need to know me so I can tell you where I live. There are lots of Jim Wallace’s in California, there may even be a few J. Warner Wallace’s. If you want to visit my house, you’re going to need to know the right J. Warner Wallace. I am uniquely qualified to invite you to my house for dinner. I know where I live and I’m the one who can give you permission to join me. If a stranger tried to invite you to my house (even a well-intended, morally virtuous, incredibly wise stranger), I’m afraid you’re not getting in. You’ll need to know me personally if you want an invitation.

In a similar way, well-intended, morally virtuous, incredibly wise religious leaders may try to invite you into God’s presence. But don’t be surprised to find their invitation insufficient. You’ll need to know God personally if you want to sit at His table. And that’s the important difference about Jesus of Nazareth. Jesus didn’t claim to be a prophet or religious leader. His claim was much grander and more controversial. Jesus said He was inviting us to His house; Jesus claimed to be God. His claims weren’t empty or unsupported. The New Testament Gospels repeatedly describe Jesus as God (and they provide evidence of His Deity):

Jesus Was Conceived of a Virgin:

The Virgin Conception Was Described as Evidence of Jesus’ Deity
The “virgin conception” is an essential belief of the authors of Scripture and the early Church.

The Virgin Conception Was Not Borrowed from Prior Mythologies
There are several problems with the claim the virgin conception was borrowed from prior pagan mythologies.

Even Mark’s Short Gospel Alludes to the Virgin Conception
The absence of a birth narrative in Mark does not demonstrate the account (including the virgin conception) is a work of fiction.

The Deity of Jesus Is A Central Claim of Christianity
The Deity of Christ is a Christian essential. It has been affirmed by believers based on the eyewitness testimony of those who saw Jesus rise from the dead.

Jesus Didn’t Need to Reveal Scientific Facts to Demonstrate His Deity
Why didn’t Jesus describe something beyond the knowledge of His contemporaries (i.e. the role of DNA or the nature of the Solar System) as a prophetic proof?

Jesus Made Statements Demonstrating His Deity:

Jesus’ Circumstantial Statements Demonstrated His Deity
Even if you’re inclined to deny Jesus ever directly said He was God, it’s unreasonable to argue against this indirect, circumstantial case.

Jesus Possessed the Authority of God:

The Obvious Deity of Jesus Elicited Worship
From His first days on earth to His last, Jesus was worshiped as God.

The Earliest Writers of Scripture Affirmed Jesus’ Deity
The earliest document evidence we have related to Jesus describes Him as a miracle worker who claimed to be God and rose from the dead.

Jesus Demonstrated His Deity At the Resurrection:

The Resurrection of Jesus is the Most Reasonable Inference
What are the possible explanations offered for Jesus’ Resurrection? Which is most reasonable?

The Deity of Jesus is Historically Reliable:

The Story of Jesus Wasn’t Changed Over Time
How do we know the story of Jesus wasn’t corrupted over time? What is the New Testament “Chain of Custody”?

Jesus is unlike Buddha, Mohammed, Krishna, Baihau Lau, Joseph Smith or any other historic religious figure. Only Jesus rose from the grave. Resurrection Sunday was a unique event in history. It demonstrated the Deity of Jesus, and established His singular ability to invite us into the house of God. Jesus is God, and God Himself is inviting us home. He’s already prepared our rooms. Jesus is the only way to Heaven because God is the only way to God. 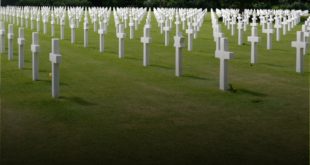 For many, the fact Mormonism has a history of polygamy as an accepted practice is …