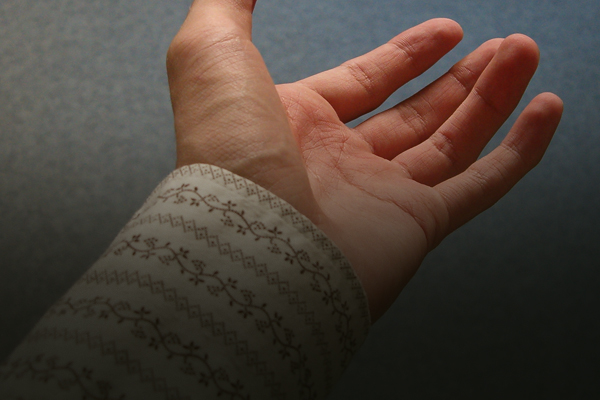 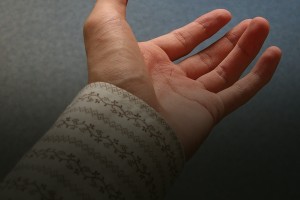 As an atheist I affirmed the value of selflessness. Most cultures find this attribute similarly attractive and virtuous. People who put themselves before others are typically scorned, regardless of one’s religious convictions. As novelist and Oxford scholar, C.S. Lewis once said, “Men have differed as regards what people you ought to be unselfish to – whether it was only your own family, or your fellow countrymen, or everyone. But they have always agreed that you ought not to put yourself first. Selfishness has never been admired.” In fact, the transcendent, objective principle of selflessness finds representation in nearly every historic theological or philosophical system:

“The more we care for the happiness of others, the greater our own sense of well-being becomes”
(Buddhism; Dalai Lama from The Medicine of Altruism)

“Jesus said, ‘Give to the one who asks you, and do not turn away from the one who wants to borrow from you.’”
(Christianity; Matthew 5:42)

“By no means shall you attain righteousness unless you spend of that which you love….”
(Islam; Quran 3:92)

“Help thy brother’s boat across and lo! thine own has reached the shore.”
(Hinduism; Hindu Proverb)

“Fix your mind on truth, hold firm to virtue, rely on loving kindness, and find your recreation in the Arts.”
(Confucianism; Confucius, The Analects)

“We need to build websites with celebrity speakers who talk about the ideals of fairness, sharing, democratic cooperation, and altruism in public life.”
(New Age; Deepak Chopra)

“Sometimes give your services for nothing.”
(Greek Philosophy; Hippocrates from The Hippocratic Oath)

Theologians and Philosophers aren’t the only ones who recognize the value and virtue of selflessness. Even committed atheists advocate for such behavior:

“Let us try to teach generosity and altruism, because we are born selfish.”
(Atheism; Richard Dawkins from The Selfish Gene)

As a secular unbeliever, I also recognized the value of selflessness. I typically praised, for example, those who served and sacrificed, even when they didn’t have to. But is this form of selflessness simply a naturalistic, evolutionary adaptation, or is this virtuous principle the result of something even more transcendent than evolution? I think there is a better explanation for such behavior: selflessness points most reasonably to the existence of the Christian God.

Evolutionary processes simply cannot account for selflessness. Despite every effort to describe the benefits of selfless behavior to the overall well-being of the human species, naturalistic explanations for selflessness underestimate the selfish, survivalist motives we all possess as individuals. As a cold-case homicide detective, I can certainly testify to the selfishness I’ve seen in the humans I’ve arrested over the years, but I’m not the only one to observe this. Evolutionary biologist George Williams has chronicled the selfish behavior represented throughout the animal kingdom (refer to Williams, G. C., 1989, A sociobiological expansion of “Evolution and Ethics,” Evolution and Ethics, pp. 179-214). If moral truth is rooted in the evolved beliefs and opinions of individuals, why should anyone care about anyone other than themselves (or their own families or tribes), especially when selfless behavior typically results in a decrease in individual survivability? In a world such as this, selfless altruism makes little or no moral or practical sense. Even Dawkins admits, “Much as we might wish to believe otherwise, universal love and the welfare of the species as a whole are concepts which simply do not make evolutionary sense.” (from The Selfish Gene). If naturalism is true, we live in a “dog eat dog,” “survival of the fittest” world. Those who give are likely to be taken advantage of, those who learn to take what they can while giving back as little as possible will gain a distinct advantage. From this naturalistic, evolutionary perspective, it all comes down to out-manipulating your competition. As philosopher Louis Pojman once wrote, “Subjectivism treats individuals like billiard balls on a societal pool table where they meet only in radical collisions, each aimed at his or her own goal and striving to do in the others before they themselves are done in.”

On the other hand, if Christianity is true, selflessness is to be expected as the truest expression of the Christian God. Unlike other deities described in competing theistic worldviews, the Christian God is uniquely sacrificial and gracious. He doesn’t simply give us what we deserve. Instead, He extends kindness beyond the limits of our merit and gives us what we don’t deserve, even when there is nothing in it for Him. “Grace” is unmerited favor; the truest and purest expression of selflessness. No other theistic system proposes such a God. In every other religious system, adherents earn their salvation through some form of “good works”: they do something for God, then God responds by doing something for them. There is no gift involved, simply the payment for services rendered. In these systems, believers act with an expectation of return. This is not true selflessness. The Christian worldview encourages believers to act without an expectation of return: act, even though your actions may be completely unrewarded. The Christian God acts first in this selfless behavior by offering salvation as a free gift, in spite of our unworthy, undeserved condition. This kind of selfless grace is what separates Christianity from every other theistic worldview. Why do we value selflessness when such behavior typically results in decreased survivability? Because we have been created in the image of God. Click To Tweet

Why do we value selflessness when such behavior typically results in decreased survivability? Because we have been created in the image of God. Not just any God, but the one God who can truly account for selflessness. Selflessness points most reasonably to the Christian God of the Bible.