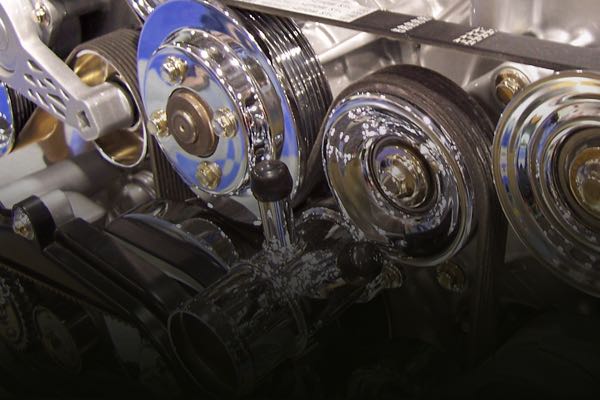 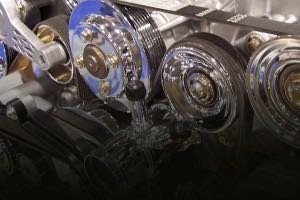 The “appearance of design” in biological organisms is undeniable. Famed atheist, Richard Dawkins, once wrote, “Biology is the study of complicated things that give the appearance of having been designed for a purpose.” In my book, God’s Crime Scene, I offer a template of eight common characteristics of design. When we observe a number of these attributes in any questionable object, we are reasonable in inferring the existence of a designer. I described one of these attributes as the “Echo of Familiarity.” When an object under question strongly resembles another object we know is designed, this “echo of familiarity” should be considered as we try to determine whether a designer was involved in the object we’re investigating. Let me give you an example.

When my sons were young, they each had a police officer costume. As part of their costume, each had a plastic toy pistol shaped to resemble the old revolvers my dad’s generation of police officers used to carry. They weren’t precisely fashioned, but their shapes certainly echoed the design of real pistols, and my boys used them to effectively recreate a number of imaginary “cop and robber” games. These toy pistols were obviously the product of intelligent design, and even my young sons recognized the pattern similarity when compared to the pistols with which they were familiar (the ones used by their father and grandfather).

In a similar way, we’ve discovered biological micro-machines that resemble other known designed objects. One such machine has become the icon of the Intelligent Design movement. Biochemist Michal Behe wrote about the bacterial flagellum twenty years ago in his famous book, Darwin’s Black Box. The flagellum bears a striking resemblance to the rotary motors created by intelligent designers. University of Utah Biology Professor David Blair describes the amazing similarities: “An ensemble of over forty different kinds of proteins makes up the typical bacterial flagellum. These proteins function in concert as a literal rotary motor. The bacterial flagellum’s components stand as direct analogs to the parts of a man-made motor, including a rotor, stator, drive shaft, bushing, universal joint, and propeller.” 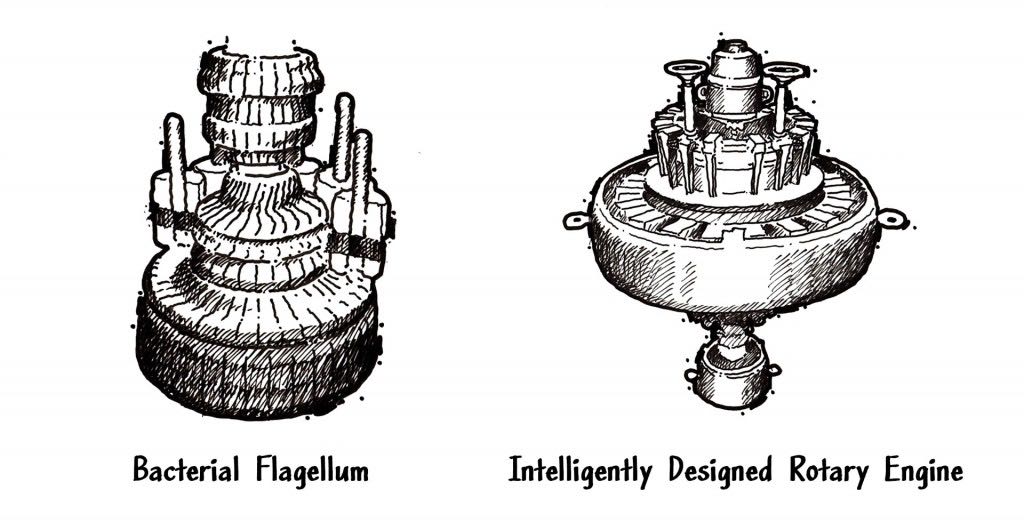 Humans were building rotary engines for generations before we ever discovered the rotary design of flagella. We recognize the form of this rotary engine when we see it in bacteria; the shapes of flagella echo the designed engines we use in tools and vehicles. If our rotary engines are the product of intelligent design, it’s reasonable to infer a designer is responsible for other similarly shaped and constructed machines, even the micro-machines we find in cellular organisms. As Biochemist Fazale Rana, observes, “The contrast between . . . synthetic molecular motors designed by some of the finest and most creative organic chemists in the world and the elegance and complexity of molecular motors found in cells is striking . . . Is it really reasonable to conclude that these biomotors are the products of blind, undirected physical and chemical processes, when they are far beyond what the best human minds can achieve?”

The “echo of familiarity” demonstrated by the bacterial flagellum is one of eight attributes pointing to the existence of a Designer. By itself, this characteristic of design may not conclusively prove the case, but when coupled with the other seven attributes, the inference is overwhelming. To make matters worse, naturalistic evolutionary processes simply cannot account for the appearance of design we see in biology. For a complete cumulative case related to the bacterial flagellum, please refer to God’s Crime Scene, Chapter Four – Signs of Design: Is There Evidence of An Artist?