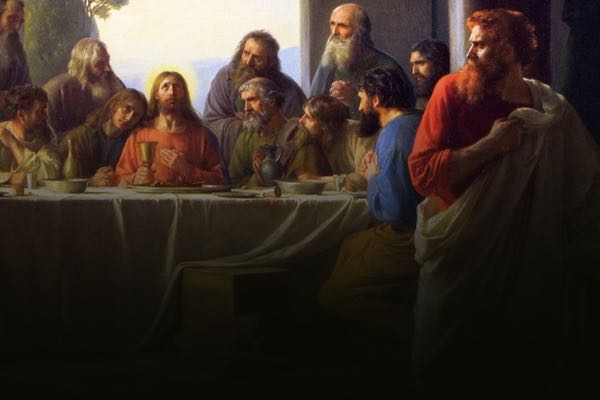 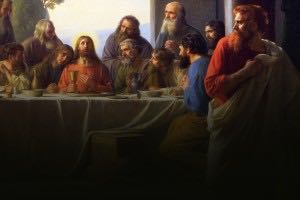 I’ve been writing intermittently about some of the alleged Gospel contradictions skeptics cite when arguing against the reliability of the New Testament. When two or more eyewitness accounts appear to disagree, we’ve either encountered an error on the part of one of the witnesses, are somehow misreading (or misinterpreting) the accounts, or have insufficient information to reconcile the descriptions. The death of Judas, as recorded in two places in the New Testament, appears to present us with a contradiction:

Matthew 27:3-10
Then when Judas, who had betrayed Him, saw that He had been condemned, he felt remorse and returned the thirty pieces of silver to the chief priests and elders, saying, “I have sinned by betraying innocent blood.” But they said, “What is that to us? See to that yourself!” And he threw the pieces of silver into the temple sanctuary and departed; and he went away and hanged himself. The chief priests took the pieces of silver and said, “It is not lawful to put them into the temple treasury, since it is the price of blood.” And they conferred together and with the money bought the Potter’s Field as a burial place for strangers. For this reason that field has been called the Field of Blood to this day. Then that which was spoken through Jeremiah the prophet was fulfilled: “And they took the thirty pieces of silver, the price of the one whose price had been set by the sons of Israel; and they gave them for the Potter’s Field, as the Lord directed me.”

Acts 1:15-20
At this time Peter stood up in the midst of the brethren (a gathering of about one hundred and twenty persons was there together), and said, “Brethren, the Scripture had to be fulfilled, which the Holy Spirit foretold by the mouth of David concerning Judas, who became a guide to those who arrested Jesus. For he was counted among us and received his share in this ministry.” (Now this man acquired a field with the price of his wickedness, and falling headlong, he burst open in the middle and all his intestines gushed out. And it became known to all who were living in Jerusalem; so that in their own language that field was called Hakeldama, that is, Field of Blood.) “For it is written in the book of Psalms, ‘Let his homestead be made desolate, And let no one dwell in it’; and, ‘Let another man take his office.’”

These accounts seem to differ in two important ways. How was the “blood money” spent? Did Judas use it to purchase a piece of property or did the chief priests use it to purchase the Potter’s Field? This first alleged contradiction seems rather simple to reconcile if we are willing to layer the two accounts (this is often necessary when examining two descriptions in my cold-case investigations, especially when I no longer have access to the original witnesses). Judas threw the money into the temple and departed. The chief priests retrieved the coins and decided to use the money to buy the potter’s field as a burial place for foreigners. Luke’s description of the purchase does not appear to be a direct quote from Peter linking Judas to the purchase, but is instead a tangential description intended for those who were not familiar with the details of the field or Judas’ death. Luke simply wanted us to know the acquisition of the field was made possible by the money Judas provided.

But what about the manner of Judas’ death? Did he stumble to his death on that field or go off somewhere and hang himself? This aspect of the accounts can be reconciled if you know something about human anatomy and post-mortem bloating. Let me explain. The descriptions from Matthew and Luke are consistent with one another if Judas later “went away and hanged himself” in the very field purchased with the “blood money” he received from betraying Jesus. This location makes sense, given it was a permanent, public reminder of Judas’ action against Jesus. If he felt remorseful enough about his betrayal to kill himself, it is likely he might commit suicide in the one place demarking his betrayal. The “Potter’s Field” is exactly where I would expect Judas to hang himself.

But why does Luke’s account say he fell headlong in this field? Note an important distinction here: Luke does not say Judas tripped or stumbled to his death. These words were available to Luke, but he described the event differently. Judas fell. This description makes sense if his body fell to the ground sometime after he successfully hanged himself. In fact, the additional gruesome description in which Luke says Judas “burst open in the middle and all his intestines gushed out” is also consistent with this reasonable inference. Unfortunately, I’ve had to respond to a number of suicides and death investigations in the many years I’ve investigated homicides. These investigations taught me a number of disturbing truths about what happens to the human body after death. I’ve described, for example, the Mortis Triad in prior posts related to the Resurrection of Jesus. When we die and our heart stops pumping, four things begin to happen. First we begin to cool (a condition known as “algor mortis”). We also become rigid (“rigor mortis”) and begin to show signs of blood pooling (“livor mortis”).

In addition to these changes, dead bodies begin to decompose, particularly if undiscovered for a period of time. As bodies decompose, they begin to experience post mortem “bloating”. Dead bodies swell as bacteria within the body cavity begins to ingest the post mortem tissues and organs. This bacterial activity produces decomposition gasses which inflate the body disproportionately. I’ve been at several death scenes in which a victim was undiscovered for a number of days and was swollen beyond recognition by the time we got to the scene. Internal bacterial is the culprit in this swelling, and our bodies contain the largest amounts of such bacteria in our stomachs and intestines. While we are living, this bacteria is used to digest our food, but after we die it has the potential to cause tremendous bloating.

If Judas hanged himself in the Potter’s Field and remained undiscovered for a period of time, he would most likely experience such post-mortem bloating, especially if gasses couldn’t escape as the result of his ligature. If the rope eventually broke, his bloating body would fall to the ground and break open in the one area most distended by post-mortem bloating: his abdomen. If this was the case, he would have “burst open in the middle” and “all his intestines” would have “gushed out”. Luke wasn’t being overly dramatic in his description, and although this may at first appear unlikely to those unfamiliar with death scenes, post mortem bloating would result in precisely such a condition.

Luke wasn’t being overly dramatic in his description, and although this may at first appear unlikely to those unfamiliar with death scenes. Click To Tweet

In over 25 years of investigations and interactions with eyewitnesses, I’ve learned to employ a number of simple principles when examining contradictions between accounts, and many of these principles can be applied to the alleged discrepancies and contradictions cited in the New Testament. Sometimes, however, my experience as a homicide detective has been helpful in understanding the nature of death scenes (such the crucifixion of Jesus and the suicide of Judas). In this particular case, it appears Judas’ money was used to purchase the Potter’s Field and he later hanged himself in this location. His body remained undiscovered until it experienced post mortem swelling, and when it fell to the ground it broke open in the one area most distended by this swelling. There is no contradiction in Matthew and Luke’s account. They describe the same morbid scene, giving us consistent details we can reassemble to recreate the scene.